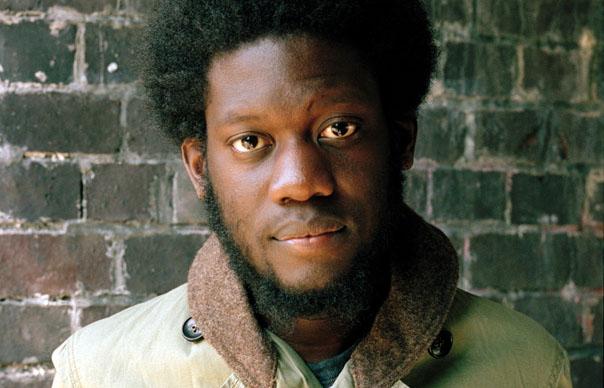 The BBC’s annual ‘Sound Of’ award has an impressive history of picking the right names for the year ahead. So will Michael Kiwanaku, the Beeb’s choice for “Sound of 2012” likewise go on to sell albums by the lorryload? Probably. Home Again is an arresting, if low key debut, that confirms its creator’s rapid ascent. Last year Kiwanaku, a modest 25 year old from Muswell Hill (of Ugandan parents), was plying his trade as a singer-songwriter in North London pubs. Now he fronts his own band, recently playing to 2,000 people at the Worldwide Awards.

Support slots with Adele and Laura Marling have helped his climb, but much of the work was done by last year’s Tell Me A Tale EP – all three tracks are here – that had him widely likened to the folk-soul sound of yesteryear greats Bill Withers and Terry Callier. The comparisons are not entirely fanciful. Kiwanaku’s gruff, direct vocals are akin to Withers’, while his songs are similarly simple affairs driven by acoustic guitar.

After that the similarities start to fade. Withers was ex-navy when he made it, a seasoned observer of life and love. The ten songs on Home Again are the heartfelt cries of a young man looking for his place in the world, their vulnerability being part of their appeal. Opener “Tell Me A Tale” hits the spot straightaway, with its plea to “turn me around so I can be /everything I was meant to be”. With its washes of strings and dancing flute contrasting to Kiwanaku’s powerful voice, there’s a touch of Van Morrison’s Astral Weeks in play too.

Kiwakanu hands credit to producer Paul Butler of The Bees for the orchestral flourishes that wrap around what were previously spartan songs. Having seen Kiwakanu play, Butler offered him his isle of Wight studio and secured him a record deal.

The mood of world weariness but hoping for better times is the mainspring of Home Again, with most tracks following the same structure, moving from a bare, acoustic opening into orchestration. It’s an effective ploy, though one arguably over-used, and has helped make “I’ll Get Along” and “Home Again”, feel like a familiar classics after a few months of exposure.

Variety arrives in an unlikely shape on “Bones”, the kind of whimsical love call likely to pop up on a Norah Jones album. Kiwanaku drawls and pines for that certain girl while a jaunty massed vocal chorus lends the piece the feel of a 1950s country song. It’s the exception among the ten cuts on offer. “Always Waiting” returns to the theme of “my time is coming soon”set to an intricate piece of guitar picking (a reminder of Kiwakanu’s regard for early Dylan) while “I Won’t Lie” has the singer wondering “what it is that I can’t find”.

“Any Day Will Do Fine” is more straightfowardly downcast, a call on God for help, with Kiwanuka’s vocals shifting towards Otis Redding territory. “Rest” evokes another soul great, Al Green, using the kind of crawling pace Green employed on hits like “For The Good Times” – the plea to “rest your head on my shoulder” echoes that song none too subtly – and while Kiwanuka hasn’t Green’s vocal range, he captures sorrow and resignation.

The closing “Worry Walks Beside Me” strikes a more defiant note, stretching Kiwakanu to the upper end of his vocal powers but oozing strength. By that time the lack of ups to go with the album’s downs has become apparent, an imbalance addressed in live performance, where the band brings more attack. There will doubtless be more varied shades on future records, but for now, this pensive debut gives notice of a fine new talent.
Neil Spencer

Q&A
MICHAEL KIWANAKU
Did you write these songs with orchestration in mind?
I always thought of “I Need Your Company’” that way, but I write everything on acoustic guitar. The arrangements came from working with Paul Butler.

How did you fit everyone in his small studio?
We did it with one violin player and moved him round to sound like a section! It was very spontaneous. That studio has a lot of analogue equipment, and I prefer the sound of valve amps, but we also used Logic– a mix.

What of the constant Bill Withers comparisons?
I’m starting out, and wear my influences on my sleeve. I listened a lot to Bill and Otis Redding, but more to Shuggie Otis, who’s a fellow guitar player – you can hear the rock and roll influences alongside the soul.

You don’t sound as downbeat as the album. Writing anything new?
I don’t think of it as downbeat, there’s hope in there too. I’ve written a new one which closes the live set, “Lasan”, named after a Brum curry house. It’s about ho life’s short so live to get the most from it.
INTERVIEW: NEIL SPENCER