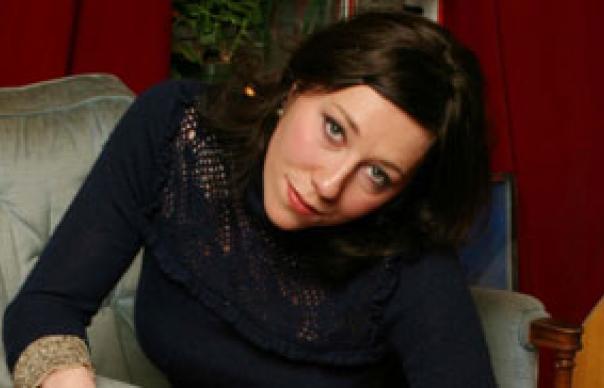 Maybe there’s something to be said for sibling rivalry. On older brother Rufus‘s Judy Garland extravaganza released earlier this year, Martha Wainwright made a one-song guest appearance on “Stormy Weather” and somehow contrived to steal the entire show. Now with her second solo record she’s shaping up to seriously rival him in the album stakes too.

Though the title promises bunny-boiling Morissette-y turmoil, and the opening track, from which the line is taken, has a chorus which runs “my heart was made for bleeding all over you”, these are as attention-grabbing yet largely atypical as the song about her dad, “Bloody Mother Fucking Asshole”, was of the first record.

In fact Wainwright is newly hitched herself (to producer Brad Albetta) and I Know… is for the most part a decidedly mature singer-songwriter album – about coming to terms with past loves (on “Bleeding All Over You” and “So Many Friends), the reality of commitment (“Niger River”, written prior to her marriage, while in Mali taking part in Damon Albarn‘s Africa Express project) and making painful sense of mortality.

At the heart of the record are two tracks, “In The Middle Of The Night” and “The George Song”, about, respectively her mother’s bout with cancer, and the suicide of an old lover. The first, especially, has a grand, glowering gravitas – part Patti Smith, part Leonard Cohen (right down to those limousines waiting outside).

There are risks from too much confessional: “Hearts Club Band” anatomises a relationship with a prolific songwriter – Loudon? an ex-lover? – with a chorus of “Shut up!” – and over a whole album Wainwright isn’t always immune from too-much-information syndrome. But at its best, as on “You Cheated Me”, where her childhood spent mainlining Rumors pays off with some deliciously witchy Stevie Nicks harmonies, I Know… gives AOR a good name.

How is married life? As a songwriter do you still feel the need to search out romantic trauma?

I enjoy the shackles of marriages: they feel good! I didn’t realise I was such a masochist! And the romantic trauma still exists within the marriage, I’ve noticed. Most of the songs are autobiographical to an extent, but I think I’m looking outside of myself a little more.

The album’s title is very funny…

I wanted it to be funny. The song the line is from – “Bleeding All Over You” -seemed a bit menstrual. I didn’t want the cover to be a tampon! But I’m glad if people lock up their husbands: I have one at home, and that’s enough for me.

There’s a real Fleetwood Mac feel to some of the tracks. Were you keen to get away from being perceived as a folk singer, because of your parents?

Stevie Nicks is an inspiration to us all. And as someone who likes to do her own version of interpretative dance I feel we could do some movement together.