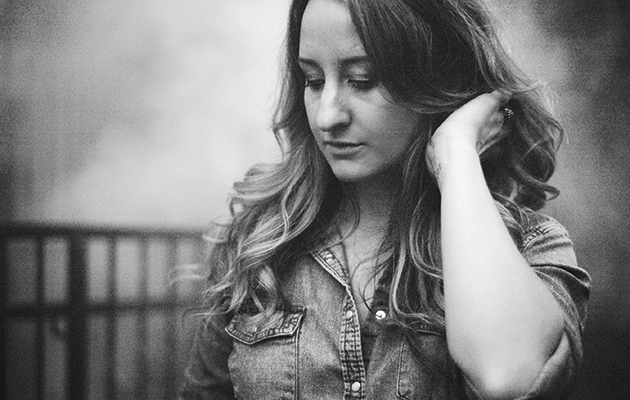 In 2015, country music had an identity crisis. Stetson or snapback? ‘Authentic’ or ‘real’? Were breakthrough artists like Sturgill Simpson, Chris Stapleton and Kacey Musgraves even country, or Americana? What was Americana, actually? An industry consultant called female artists the unwanted ‘tomatoes’ of country radio’s ‘salad’; were you pro-lettuce or pro-tomato? If the latter, did you prefer bad girls, good girls or burnouts? And at its most basic, what did the critical distinction between ‘good country’ and ‘bad country’ real boil down to? Art, or a nastier comment on class?

Margo Price is the first country artist to sign to Jack White‘s Third Man Records, a starry indie precedent that will definitely stoke this tedious debate. “Margo is here to save us all from the Starbucking of America,” the label declared, provocatively. Based in Nashville, Third Man are credited with restoring the city’s reputation for rock, although White’s country credentials are well enshrined: he was inducted into the city’s Walk of Fame last summer alongside former collaborator Loretta Lynn, and his love of female country voices was obvious from 2001, when The White Stripes covered Dolly Parton’s “Jolene”. What does it mean that this relative newcomer, situated 1.5 miles from the city’s famed Music Row, is now brewing the local malt?

Price’s excellent debut wastes absolutely no energy trying to address her place in the country music ecosystem, and gets right to telling us who she is, rather than who she ain’t (a dispiriting trope in the genre’s identity wars). The title of Midwest Farmer’s Daughter evokes Lynn’s proud Coal Miner’s Daughter appellation, and is a plainspoken nod to Price’s own origins. It’s backed up by opener “Hands Of Time”, a capsule retelling of her hardscrabble life, which sounds almost improbably like the subject of a country song. She was born in small town Illinois; her dad lost the family farm when she was two, and went to work in a prison. Price quit college for Nashville, got exploited by sleazy managers, fell in with the wrong crowd and went to jail more than once. She worked humdrum jobs and eventually met her husband, who was already married. They formed the roots band Buffalo Clover, made a few albums, toured Britain and the US; they would routinely sell their possessions and try to leave town on tour (or otherwise), only to wind up back there again. Once settled, they had twins, but the firstborn died of a rare heart defect, and Price self-medicated to cope.

“Hands Of Time” is immensely graceful and stoic: Price recounts her story over tentative stand-up bass and subtle, shifting beds of strings and Fender Rhodes. Then the chorus hits, and she lets rip like her former bandmate Sturgill Simpson on “The Promise”, pushing her high, twangy voice to its fullest cinematic potential as she faces the future. “’Cause all I wanna do is make my own path/’Cause I know what I am, I know what I have/I wanna buy back the farm/And bring my mama home some wine/And turn back the clock on the cruel hands of time.” Her fortitude sets the tone for Midwest, which seldom wallows. There are a couple of ballads, and a few rounds of heavy sorrow-drowning, but their vibe is mostly, “well, your loss.” Instead, Price establishes that she knows the dignity a little money can bring, but very quickly makes clear that she cherishes her self-worth too much to trade it for success.

There’s some country music insider baseball here, though it’s not bitter; more pitying of an exploitative industry’s silly games and how they pale next to everything else Price has been through. “You wouldn’t know class if it bit you in the ass,” she sings at some bigwig on “About To Find Out”, an intoxicating slice of woozy honky-tonk. She ups the pace and adopts Dolly-style flair to twist the knife on “This Town Gets Around”, which exposes Nashville’s corrupt power structures: “It’s not who you know, but it’s who you blow that’ll put you in the show/And if that’s not the case, I hear you pay ’em,” she sings, upping the ante of Kacey Musgraves’ “Good Old Boys’ Club”. “But I don’t come easy and I’m flat broke/So I guess it’s me that gets the joke.”

Price is a comic lyricist who does a fine flipped country cliché: “Maybe I’d be smarter if I played dumb,” she sings on “This Town”, and on the yawping, boozy romp “Hurtin’ (On The Bottle)”, she observes, “You’re never too old to learn to crawl.” But most of the infectious fun of Midwest comes from the festive arrangements and Price’s almighty delivery. She and her sizeable band recorded at Memphis’ Sun Studios, and Midwest brings verve to tradition, inhabiting ballads and gritty ragers with striking, supple arrangements. “Tennessee Song” has the woozy outlaw feel of recent Hiss Golden Messenger, while the flinching “How The Mighty Have Fallen” sounds like the work of a regal ’60s girl group. “Weekender” is the least distinctive song musically, but Price’s account of mayhem at the county jail is spirited and unapologetic.

Her voice is the record’s real star: controlled, infectious, and rich with enviable natural twang. On “Four Years Of Chances”, Stevie Wonder-indebted Rhodes underpins Price’s shift from cool suspicion towards an ex who didn’t recognise what he had, to belting admonishment. She wavers at the start of acoustic closer “World’s Greatest Loser”, but quickly finds herself as a tremulous, lonesome balladeer a la Karen Dalton. Whichever mode, she absolutely sells every word, whether sung from the top of the world, the bottom of the bottle or the hard-won half-full spot in between. Midwest Farmer’s Daughter is never preachy, and outside of its obvious villains, is uninterested in questions of good or bad. Just like the genre she inhabits, Price is too resilient and timeless to get bogged down in that stuff. As she sings over the sleepy walking bass of “Since You Put Me Down”, “Even if I fall from grace, I’m gonna land back on the ground.”

Q&A
MARGO PRICE
When did music become your calling?
I got my first guitar after middle school graduation and started to pick out songs. Around 18, 19, I really started to practice every day, writing my own stuff. When I was about to enrol for my third year of college I ended up dropping out and moving to Nashville.

Why the move?
I came down for Spring Break. I loved it so much that I began looking for an apartment. I started going to the writers’ rounds and the clubs. I had maybe planned on going back to school and doing something with songwriting, but after I got here, I realised that I was getting a good education through real life experiences.

But soon people start screwing you over…
I was trying to figure out how to make money. I met a gentleman who seemed very well connected – he worked with the Dixie Chicks. He had a huge studio, so I went up there. He put something in my drink. It became really frightening. I was really lucky I got out without getting hurt.

Didn’t you move to Colorado to live in a tent?
Yes. My husband and I had been floundering, working lots of dead-end jobs. We felt really defeated by Nashville, so we sold everything and decided to try another city. He knew of this abandoned road you could camp on for free. We would busk until we had enough money for food and wine, then start again the next day. You tire of showering at the YMCA, and it started getting cold, so we came back to Nashville. It was a good adventure. We stayed about a month and a half.

Is that what “Tennessee Song” is about?
Less that time, but we had left a couple other times as well. It’s this long-running joke that no matter what we do, if we try to leave, we end up back in Nashville. There’s a love-hate I think that goes along with it, especially when you’re failing in the music business.

You sing about a jail spell in “Weekender”. What did you do?
I’ve been to jail more than once, but when I wrote that song it was just a weekend – I wrote it there. To protect my grandmother, I’ll say no comment. I was running around with the wrong people late at night, acting a little recklessly.

How long did it take to make this album?
For several years I had wanted to make a country record. I had the songs but not the financial means. The time came that I knew I had to get them out, about three years ago.

You’ve described it as a concept album about your life.
I decided to write very honestly, and then when I looked at all of the songs, I realised how personal they were. It was really strange to realise that I had done that on accident. I’m glad I did.

You’ve said before that it’s hard for you to be that vulnerable. What drew it out?
There’s other people who have had some of the same struggles I have had: I know other musicians who can relate to being pushed around; and regarding losing my son, and how that affected me. I wanna be able to give back.

Which albums did that for you?
I love Willie Nelson’s Phases And Stages, there’s so many songs from The Band and Bob Dylan that have gotten me through hard times, like “Tears Of Rage”. I love Karen Dalton’s In My Own Time, and Skip James.

What took you to Memphis to record?
I had recorded at so many different Nashville studios, and I think it goes back to me feeling like I didn’t belong here. We happened to be travelling through Memphis on our way to Texas and stopped to do Sun’s guided tour. I really felt the magic.

Do you still feel like an outcast in Nashville?
Not really. I feel like people respect what I’m doing. That’s a really nice feeling. I’ve found my home: Third Man is just a little ways off Music Row – not a great part of town, but everything about it feels right.

You’ve said they didn’t want you to change anything about the record. Did other labels want to mould you?
One label wanted to add more rock and soul. I had just done that with a band, it wasn’t working for me. A couple really large labels had me in. I would meet these women who seemed completely perplexed by what I was doing: “You’re not a hillbilly, but you play real country music?” Third Man were really happy that it was recorded at Sun, that it was analogue.

You have your Opry debut soon. What does that mean to you?
I’ve dreamed about this my whole life, it’s pretty surreal. I’m really glad my grandmothers are around and will get to witness it. They both instilled a huge love of country music in me.