Richey’s lost lyrics set to music? It shouldn’t work, but somehow does 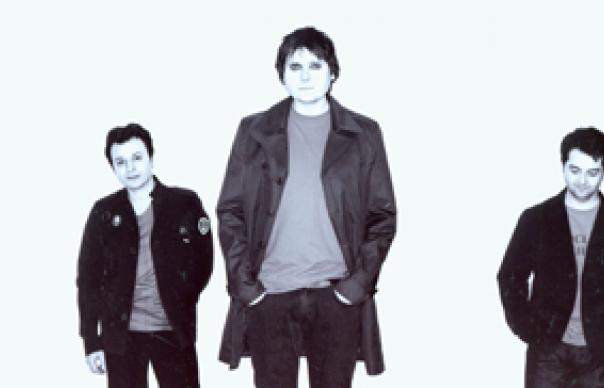 With all the lyrics culled from Richey Edwards’ notebooks and a cover painting by Jenny Saville, the Manics appear to be touting Journal For Plague Lovers as a follow-up to their tormented masterpiece, 1994’s The Holy Bible.

It’s a risky tactic – imagine if New Order announced they’d uncovered a new stash of Ian Curtis’ lyrics and were planning to record Unknown Pleasures 2. Yet the Manics must have agonised for years about using Richey’s lost verses: pointed but poetic, crackling with intelligence, bleak but often also very funny, they’re far superior to anything Nicky Wire has come up with since This Is My Truth Tell Me Yours. Only now, with Edwards officially declared presumed dead in November, have the band felt comfortable about setting them to music.

If there’s any lingering unease about this endeavour, it’s instantly dispelled by the first few ferocious chords. Richey would surely be proud of the way his words have galvanised the remaining Manics into making some of their most vital music for years.

Just like old times, “Peeled Apples” is heralded by a sampled voice (from The Machinist, the film for which Christian Bale lost 62lbs). Then comes an oil-boring bass rumble, a searing post-punk guitar line and a slew of unmistakable Richey aphorisms: “The figure eight inside out is infinity”; “The Levi Jean has always been stronger than the Uzi”; “Falcons attack the pigeons in the West Wing at night”.

It’s a pulsating opener. The Manics have recaptured that taut urgency, accommodating both their punk instincts and their stadium rock flourishes. Some of the credit for this must go to producer Steve Albini, hired partly because the band openly hoped to emulate Nirvana’s In Utero. In practice, though, the Manics’ innate musicality places them closer to early Smashing Pumpkins than Nirvana, more Killing Joke than Pere Ubu. Wire nails it when he says of the terrific title track: “The idea was to write music inspired by Rush then pretend we were Magazine playing it.”

“Jackie Collins Existential Question Time” is a breezier number, with its chiming chorus line “Oh mummy, what’s a Sex Pistol?” reminding us of the mordant wit that often flickered behind Edwards’ hollow-cheeked grimace. “Me And Stephen Hawking” – a brisk, pithy pop song, the Manics’ best since “PCP” – provides a punchline to that old gag, ‘What did the anorexic say to the quadriplegic?’ (“We missed the sex revolution when we failed the physical” – boom tish!) If that all sounds like too much fun, there’s “She Bathed Herself In A Bath Of Bleach” – a grungy dissection of love as masochism.

We’ve missed the phenomenon of James manfully struggling to wrap his gums around Richey’s knotty prose. “Facing Page: Top Left” – a slightly heavy-handed acoustic harp duet – finds him grappling with “tinted UV protection” and “dipping neophobia”. On the electrifying “Pretension/Repulsion” it sounds like he’s singing “Won’t release my address”; the lyric sheet has to be consulted to discover that he’s actually referring to the controversially curvy 1814 portrait Grande Odalisque by Ingres.

Album closer “William’s Last Words” sounds like nothing the Manics have ever recorded before, and not just because Nicky Wire takes lead vocals. The worry that Wire can’t really sing is circumvented by a gorgeous acoustic backing, all halcyon chords and wilting strings, that makes him sound like Lawrence from Felt. Lyrically, it’s a poignantly stoical farewell to the world, and it’s hard to resist the temptation to read it as Richey’s suicide note.

Of course, there’s something faintly ridiculous about Journal For Plague Lovers – as, indeed, there was about The Holy Bible – which makes it unlikely to win any new converts. But this is also a brave, compelling record that stands shoulder to shoulder with the Manics’ best. Even if they may struggle to make another album as good as this without Richey’s lyrics, Journal… provides a satisfying sense of closure.

Why choose now to use Richey’s lyrics?

It’s something we’ve always talked about. As time elapsed, it became clear that he’d deliberately given us these lyrics very shortly before he disappeared – kind of bequeathed them to us I suppose – so I imagine he did intend them to be Manic Street Preachers songs. I’d been a bit daunted by the lyrics at first but more and more I began to feel a sense of responsibility that we should be doing something with them.

How much did the lyrics dictate the style and mood of the music?

Completely and utterly. There were also other things in the lyric booklet – collages, quotes, etcetera – so in a
sense Richey left us a visual demo of how
he wanted the record to feel.

What kind of emotions did you go through when you were singing Richey’s lyrics?

It wasn’t as if I was having to choke back the tears, although there were certain lyrics that felt as if they were driving me towards an emotional response to the situation we’ve had with Richey since he disappeared. I remember hearing Nick singing “William’s Last Words” in the studio and thinking, ‘I’m glad it’s not me’ because I felt quite affected by it. But I’ve got to say mostly it felt like Richey was back in the room. I’m just glad we followed through on what we imagined to be his wishes. INTERVIEW: SAM RICHARDS