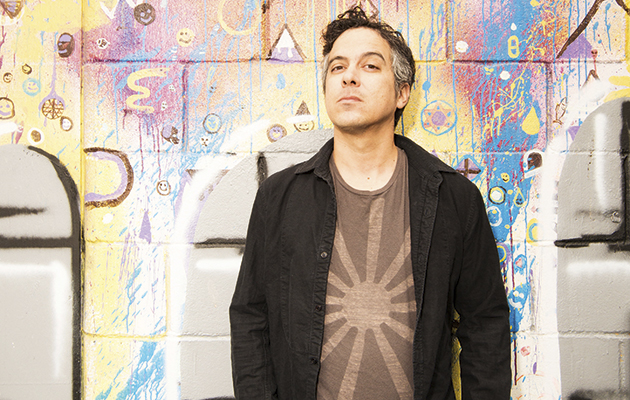 M Ward’s CV is almost as heavy on the high-profile hook-ups as it is the solo recordings. He’s released seven of those since 1999, alongside one Monsters Of Folk album and five with Zooey Deschanel as She & Him. In addition, there are countless guest appearances for the likes of Bright Eyes, My Morning Jacket, Jenny Lewis and Howe Gelb, plus production credits for Lewis, Carlos Forster and, most recently, Mavis Staples’ Livin’ On A High Note.

Small wonder, then, that the Portland-based singer/songwriter and multi-instrumentalist is viewed as much in the light of his collaborations as his independent albums. But his MO is hardly that of a driven spotlight seeker; you get the impression that if he’s noticed at all, Ward doesn’t give a damn.

The man certainly gets around, but there’s been a commonality in his choices since the rickety and down-home, dust-covered alt.country of his solo debut, Duet For Guitars # 2. It’s hard to avoid the word “nostalgic” in regard to the warmly intimate and over-easy, Americana/folk pop that has become his trademark, but he’s no dogmatic revivalist. Ward’s skill is to make what might otherwise seem slight – as She & Him’s sugary retroism sometimes does – play as effortless, unselfconscious charm.

Despite the title, More Rain is framed as a shelter from the troubled world, a place where uplift and contentment reign, and naïvety is embraced. It’s telling that Ward plays his yesteryear references – jive, doo-wop, gospel, rock’n’roll, honky tonk – pretty straight. And lyrically, there isn’t a single knowing wink, not even on the swinging, barroom gospel of “I’m Going Higher”, where he croons, “Lift me high, so that I can see the dark shine beyond my darkest day.” The lack of ironic twist is both slightly unsettling and hugely refreshing.

Vocals figure more strongly on More Rain than usual, in that Ward’s familiar laidback tone gets a more expressive workout (the winding “Slow Driving Man” and Cali-Mex reminiscence “Girl From Conejo Valley” are standouts on that score) and backing singers help shape the songs, rather than just fill out spaces. As Ward told Uncut: “The idea was to rely on voice and vocal harmonies the way street singers used their voices – vocals as horns and strings, etc. The record grew from there and I replaced some vocal parts with actual instruments, but that’s the backbone of the record. I normally rely on guitars to make all the drama.”

Without abandoning his favourite decade, on More Rain Ward winds back from 2012’s ’60s-focused A Wasteland Companion to the ’50s, and lets rip a little, with guests including Peter Buck, KD Lang, Neko Case and The Secret Sisters. It’s a brief (12 tracks in under 40 minutes) encapsulation of a particular world view, all unabashed romanticism and guileless honesty, impeccably produced and pitched so up-close and personal that on “Phenomenon”, you can hear Ward’s wet mouth on the mic. It opens with the rumble of a (simulated) storm and the sound of rain, out of which emerges “Pirate Dial”, a sweetly spangled mix of acoustic guitar and pedal steel ostensibly about trawling the frequencies, although something in Ward’s “I can hear ya” suggests communication of a deeper kind is on his mind. Next is “Time Won’t Wait Up”; it cuts some rug via a mix of soda shop jive, doo-wop and glam, into which Ward slyly drops the hook from “Get It On”. It seems he shelved his original plan for an exclusively doo-wop set, but there are more than residual traces. “I’m Listening (Child’s Theme)” splices it with country-soul languor and adds strings and flugelhorn, while “Little Baby”, featuring KD Lang, is almost a homage to The Drifters. Elsewhere, there are nods to Elvis and Bobby Darin, notes of mariachi, Moog, mandolin and of Buck’s Rickenbacker, while the extended list of band members reads like a who’s who of Americana and alt.country/folk veterans.

Ward likes his cover versions. He’s previously recorded songs by Buddy Holly, Tony Martin, Bowie (his reworking of “Let’s Dance” is a revelatory gem) and Daniel Johnston, but here, it’s his beloved Beach Boys. “You’re So Good To Me” opens with the words “you’re kinda small” and features a cheesily attenuated “lalalalala”, but Ward’s in no way laughing at the song – he’s a little in love with it. It’s that affection that makes More Rain hard to resist.

Q&A
How is More Rain your refuge from a troubled America?
Music has always been a refuge or escape for me – listening to it or making it. American culture is sick and getting sicker, but I think art can help.

The title isn’t just an environmental reference.
It comes from reading the New York Times front-page stories every day. “More rain” is another way of saying more bad news, but it’s meant to only be a backdrop for the record. I’m more interested in the ways people transcend it. I think that’s what every good story ever written has been about, from Hamlet to Bilbo Baggins to Louis CK.

What did Peter Buck et al bring?
I’m lucky to have very talented musician friends; they are the rain and sun that make songs and records grow. I love recording their first instincts in the studio, because you normally get something unexpected that ends up becoming my favorite part of the song.

What do you like about ’50s rock’n’roll?
A lot of it is a waste of time signifying nothing, but a very small amount of digging uncovers an obscure James Brown or Chuck Berry song that quickly becomes essential to living.

“Phenomenon” seems to be about self-belief.
Part of the reason this is an especially hard song to talk about, is it’s a song about things that are hard to talk about.

How do you keep cynicism at bay?
I guess I’m pretty bored with cynicism. Besides a few Pavement records, has it ever achieved anything good?
INTERVIEW: SHARON O’CONNELL