Lucinda Williams – Down Where The Spirit Meets The Bone 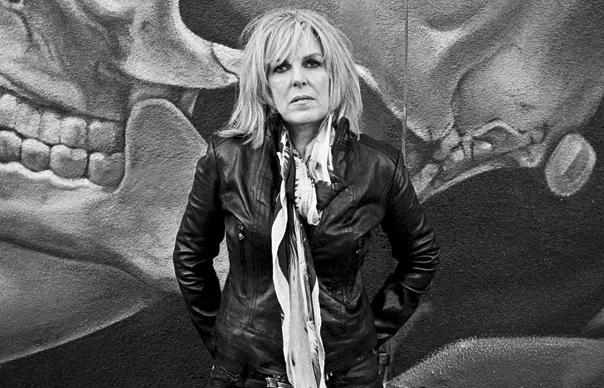 With her distinctive Louisiana drawl and penchant for, well, being as likely to pull out an artefact from Memphis Minnie’s catalogue as pen her own take on country rock, Lucinda Williams is a singular figure. She’s a late-bloomer, a deeply personal writer drenched in the blues, whose innate grasp of American roots — country, soul, folk, R&B, pop, and the impulses that have driven them – reveal her as a crucial link in rock’n’roll’s chain.

Down Where The Spirit Meets The Bone, a provocative, and ambitious double album, is Williams’ sixth studio effort since her 1998 masterpiece, Car Wheels on A Gravel Road, and her first release as a free agent following the collapse of her longtime label, Lost Highway. In a break from her usual recording process, a small army of stellar musicians—guitarists Tony Joe White and Bill Frisell, Faces keyboardist Ian McLagan, multi-instrumental wizard Greg Leisz, Elvis Costello’s rhythm section Pete Thomas and Davey Faragher among them—have guided her sound into fresh yet familiar musical terrain, a place where Bradley’s Barn meets Muscle Shoals, and Stax/Volt bumps up against the Brill Building.

A gritty undertow informs the bulk of the songs — all but two written by Williams — offset by occasional strong-willed flights of fancy, like “Stand Right By Each Other” and “Walk On,” the latter an instant pop anthem. The thematic (if not musical) tone is set at the start, Williams’ first-ever musical interpretation of a poem by her father, Miller Williams. “Compassion” is played solo against a gently drifting acoustic guitar, a meditation on the motivations of human existence.

The one-two punch from the muted “Compassion” into the wailing, bluesy, dual-guitar groove of “Protection” (“I need protection from the enemies of rock‘n’roll,” she howls), makes for a transcendent segue into the album proper. Pointed critiques of a society immersed in self-serving spin (“Everything But The Truth”), endless fear-mongering (the sinewy, hypnotic “Foolishness,” sung with frightful force), and a vanishing capacity for empathy (“East Side Of Town”) follow, with such relentlessness that Williams’ tales of romance gone terribly wrong end up providing stark relief.

The straight country balladry of “This Old Heartache,” Leisz on mournful pedal steel, might as well be a lost early ‘60s Harlan Howard classic. More often, though, Spirit merges those hillbilly strands with atmospheric southern gothic, hard blues and Memphis R&B — echoes of the country soul once practiced by artists from Dusty Springfield to Joe Tex. “Big Mess,” for instance, with its glistening Duane Eddy-like guitars and steady vamp of a rhythm, owes a bit to Smokey Robinson’s timeless “You’ve Really Got a Hold on Me,” though here the sentiments are anything but tender. “You can go straight to hell/That’s alright with me,” she growls at her lying ex-lover. “Stowaway In Your Heart”, upbeat and snappy, is its emotional obverse — personal peace of mind at last — with infectious, stinging Steve Cropper-esque guitars holding forth.

Country-soul spills over into gospel glory on the album’s most affecting piece, “Temporary Nature (of Any Precious Thing).” Reeling in McLagen’s ethereal organ fills, it’s “be-thankful for-what-you’ve-got” with a vengeance, and Williams leans into its gospel lilt with a dead-serious, “Believe-me,-I’ve-lived-it” gusto.

Throughout, Williams ranges from open-hearted generosity to a kind of gnarled insularity, much like the blues singers she was brought up on; the overall mixture of anger and longing, fierceness and calm, is breathtaking. “Everything But the Truth,” with its big, midnight-in-Memphis riff and a righteous Lucinda vocal, stands as the album’s moral centre. But the record’s mesmerizing finale is a 10-minute dreamwalk through J.J. Cale’s “Magnolia,” the band gliding out on a feathery mix of guitars and keyboards. A groove, for the ages.
Luke Torn

Q&A
Lucinda Williams
What’s country soul to you?
Bobbie Gentry was a real big influence on me, “Ode To Billie Joe”. That’s what I call country soul, like Bobbie Gentry, Tony Joe White, Dusty in Memphis. I’ve always loved that kinda stuff. There’s a little thread of that running through this album.

Recording for your own label now, I sense some newfound freedom?
Now we have full, complete creative freedom. We own our own masters. The main difference, in terms of freedom, is that we were able to do a double album. I actually recorded enough for three albums. There’s a third part of it, which will come out later.

Your father’s poem, “Compassion”, seems like a jumping off point of sorts…
Well, ironically enough, I finished that song at the very last, at the 11th hour. We had already cut everything. It’s something I have been I’ve been trying with my dad’s poems for years. It’s very challenging. We already knew what we wanted to call the album. We wanted to use the line from that poem. At first, I kinda wanted to make it into sort of a Nick Drake, kind of a beautiful lush kind of a thing. But everybody said no, leave it like this.

How did you come to J.J Cale’s “Magnolia”?
It was all very spontaneous and organic. And we all sat in amazement listening after we put that down. I used to do that song, years and years ago, back in the ‘70s. That was one I always loved. Of course, after JJ Cale’s passing, he was on my mind, so we did that as a tribute to him.
INTERVIEW: LUKE TORN