Most comprehensive edition of the masterpiece so far 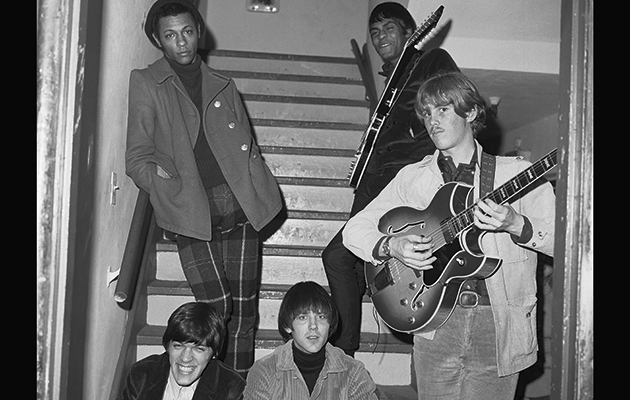 For an album that sank commercially on release, sending its despairing creators heavily into hard drugs and heavy religion, Love’s third album has had some afterlife. A half-century on, Forever Changes is now very much revered, and its rejuvenation rehabilitated Arthur Lee all the way back to the world’s concert halls in the 2000s.

But is another Forever Changes reissue necessary, after expanded editions in 2001 (single CD) and 2008 (double CD)? Well, as  with the questions posed in Lee’s lyrics, there’s no clear answer. There’s little here that hasn’t been heard before – only the backing track of “Live And Let Live” (interesting, but not essential) and an instrumental outtake of “Wonder People” (bustling, beautiful) are completely new – but what is here is undoubtedly the finest, most complete presentation of this masterpiece to date.

The original 11 songs’ strengths are enhanced by Bruce Botnick’s latest crisp stereo remastering job: the eerie mood of stoned paranoia pre-Manson Murders, Lee’s fatalistic lyrics, the use of acoustic guitars with driving bass and drums, and those woozy, widescreen horn and string arrangements, Lee’s idiosyncratic chord changes still surprise on “The Red Telephone”, the dueling electric solos on “A House Is Not A Motel” are still thrilling, and the Mariachi trumpet solo on Bryan MacLean’s opening “Alone Again Or” remains one of the most  spine-tingling moments in ’60s pop.

The full mono mix of the album, available for the first time on CD, is a refreshing listen for those familiar with the stereo mix, and solves the unpleasant hard-panning that always made the stereo version a tough listen on headphones. “Old Man” is even more devastating in mono, with MacLean’s fragile voice shrouded gorgeously by the blizzard of strings. As with the 2008 reissue, every song gets an alternate mix, and these are mildly interesting, if not earth-shattering – of particular note, MacLean’s buried lead vocal is more prominent on “Alone Again Or”, while Lee’s ecstatic proto-raps at the end of “You Set The Scene” are also uncovered.

The post-Changes single, “Your Mind And We Belong Together”/“Laughing Stock” is rightfully here, with the A-side one of this lineup’s finest efforts; the eight-minute session highlights are almost as good. “Listen, Echols,” Lee tells the lead guitarist. “Man, I don’t understand your trip, man… ’Cos you know you’re the one that says you can blow in the studio, man. Nobody  to bug you. You gotta blow, man.”

If we’re all still trying to understand Love’s trip on Forever Changes, then this 50th-anniversary edition – comprehensive, even if it’s not revelatory – is the best possible way of doing  so. That is, until the eight-track masters are located, man.