The planet’s drollest songwriter shakes hands with his twentysomething self 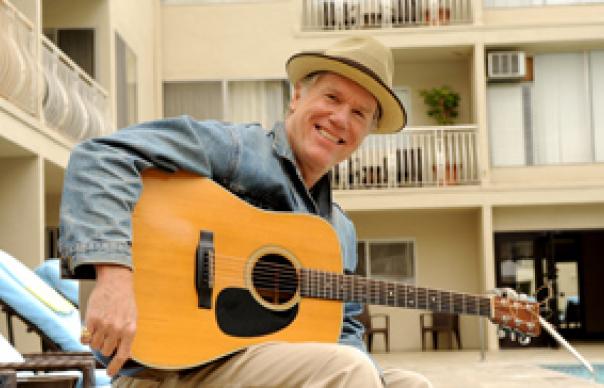 The album is called Recovery, explains Loudon Wainwright the Third, because re-recording songs he wrote back in the early 1970s feels like an archaeological dig – “unearthing dinosaur bones” as he puts it – and because ‘recovery’ means getting better, returning to health.

Whether Wainwright has ‘recovered’ from being the acerbic, acclaimed 24 year old who crash-landed on Planet Rock in 1970 is one of the questions raised by this engaging return to his early years. Its thirteen tracks are culled from the first four albums of a career that now stretches to 23, not to mention appearances in a dozen movies, a short residency on a TV soap opera (M.A.S.H) – and a stint as house singer-songwriter for Jasper Carrott in the late Eighties.

When artists return to the scene of their early crimes it’s usually as a nostalgia fest or an Unplugged diversion, but Wainwright (who started out unplugged) effectively recasts most of these old songs into dramatic new shapes. Part of that trick is down to a stand-out producer (Joe Henry) and band who replace the spare picking of the originals with arrangements that veer between the elegant piano and steel guitar setting of “New Paint” and the dirty Waitsian fuzz of “Muse Blues”.

Wainwright’s vocals imbue the material with a mixture of world-weariness, compassion and delight, qualities that didn’t loom large in the emotional lexicon of his younger self. It’s the fabled voice of experience, in fact, and one that’s considerably deeper and grainier than the boyish tones on the original records. Some of the wry twists in these tales also stem from the emotional baggage that any self-respecting 60-something totes around. “Saw Your Name In The Paper”, a song that started life as a sneer at the fickleness of showbusiness, now comes across as paternal advice to Wainwright’s son and daughter, Rufus and Martha, each now blazing a stellar trail of their own. “Maybe you’ll get famous, maybe you’ll get rich/It’s alright, don’t be afraid, lots of us got that itch…” And, as Wainwright says of the venal “Motel Blues”, when you’re 25 and sing “Come up to my motel room save my life” it’s one thing. At 61, it’s something altogether different.”

Wainwright has become such a fixture over the years that it’s easy to overlook how distinctly and consistently his talent has shone. There are plenty of confessional songsmiths, some behaving as if they are unveiling their soul rather than writing a tune (come on down Joni and Jackson), but none have written with the candour, wit and, sometimes, savagery that Wainwright has brought to the party. He has chronicled lust, marriage, parenthood, divorce, and crack-up. After he had therapy he delivered an album called…Therapy! And though in recent years his focus has shifted to the outer world, notably on 1999’s Social Studies and 2005’s Here Come The Choppers, he has not usually strayed far from the dramas of his own life. Family life has been an especially rich seam of inspiration and rancour (Wainwright has two more kids by different mothers), leading him to wonder, “What are families for?” Even the mocking “Drinking Song”, remade woozily here, is a commentary on his father’s taste for the hard stuff.

It’s ironic that Wainwright’s only hit should be 1972’s “Dead Skunk”, probably the most throwaway thing he’s ever written (though “I Wish I Was A Lesbian” runs it close). Though he’s often played subjects for laughs (take “Suicide Song”: “Hang yourself by the neck/What the hell, what the heck”), the jokes are often at his expense.

Most of the themes that have preoccupied Loudon down the decades are there on the early records from which Recovery is drawn – isolation (“Motel Blues”, “Needless to Say”), parenthood (“Be Careful There’s A Baby In The House”) and, neatly for a retrospective work, the passage of time. The first track on his first album begins “In Delaware when I was younger…” and the version of “School Days” here adds another, poignant layer to lines recalling himself as a “blaspheming, booted, blue-jeaned, baby boy”. On ”Movies are A Mother To Me” and “Old Friend” he sounds even more rueful, slowing their pace to a wearied walk.

These are songs by a young man who’s scared of growing old, that have now, paradoxically, become the voice of maturity, and while “Old Friend” complains of “kissing the past’s ass all night long”, Loudon’s return to old times sounds like nothing of the sort.

How do you feel when you look at your younger self on those early albums?

I wonder ‘What happened? I used to be so cute!’ Listening to them was even more unsettling .The high, keening vocals put me off – sounds like a strange young man I’m not sure I’d care to hang out with. Good writer, though.

That first album shows a young guy with a short haircut against a brick wall, and the music is very stripped down. It looks and sounds more punk rock than Woodstock Nation.

I was going against the grain in terms of my ‘look’ in 1970.You have to separate yourself from the pack in order to be noticed .I’d done the hippie long hair and bell bottoms during the summer of love – by 1969 I was thinking preppy, psycho killer.

‘Saw Your Name In The Paper’ sounds prophetic about the age of celebrity, and, now, like concerned fatherly advice.

The line ‘your mother must be happy, they said you stole the show’ certainly makes me think of what the kids are going through. The song is cautionary but I was, as is often the case, singing to myself. The rave review is a pleasurable but dangerous drug.

What’s the best age to be? And what are families for?

Ten is the best age – tons of energy and the sex thing hasn’t kicked in. Families are to love, cherish, and occasionally write about.