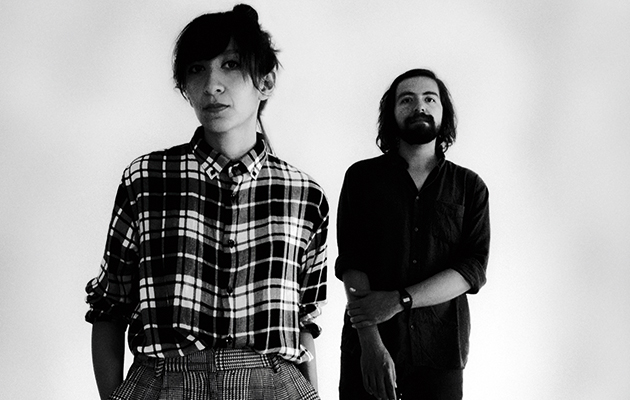 Considered in biological terms, psychedelia has spent the last 50 years behaving like a pernicious virus with a handy penchant for mutation. What may have seemed like limited outbreaks in conditions favourable to growth – eg, the UFO Club in London, the Grateful Dead’s house in San Francisco – rapidly manifested in an astounding plethora of locations. Countries as diverse as Brazil, Turkey, Germany, Japan and Nigeria were soon wracked with fervid demonstrations of wah-wah-enhanced freakiness and endorsements for mind expansion. Resurgences continue to occur in an unpredictable variety of locations, which goes to explain how plausible it is for 2019’s first essential psych album to have been created by a Mexican couple working in Ensenada, a laid-back beach city on the surfer-friendly peninsula of Baja California. Evidently, nowhere is safe from contagion.

Listeners who have no problem with that fact will be thrilled with De Facto, the fifth and most consistently enthralling album thus far by Lorelle Meets The Obsolete. Having started the project while the two were playing together in a band called Soho Riots in Guadalajara, Lorena Quintanilla and Alberto González highlighted the initially casual nature of their joint endeavour by naming themselves after a pair of TV-show-inspired jokes – Quintanilla’s handle is Lorelle is a nod to “Rochelle, Rochelle”, a phony movie mentioned in a Seinfeld episode, while González borrowed his moniker from The Twilight Zone.

The band became a more serious concern as part of Mexico City’s small but bustling psych scene. The sludgy, surly sound of Lorelle Meets The Obsolete’s first three albums – 2011’s On Welfare, 2013’s Corruptible Faces and 2014’s Chambers – reflect the more harried circumstances of their lives in the Mexican capital, as well as their frustration with their overly rushed recording processes. Nevertheless, the duo gradually garnered the attention of heads elsewhere in the world, especially when one of their musical godheads, Peter “Sonic Boom” Kember, conferred his approval by mixing and mastering Chambers.

Their first since moving out to the coast and adapting to more relaxed circumstances, 2016’s Balance marked a considerable leap in terms of sophistication. Still smothered in effects, Quintanilla’s murmurings in Spanish and English now evoked Bilinda Butcher’s blurred-out voice on MBV’s Loveless and the eerie beauty of the late Trish Keenan of Broadcast.

Alternately bruising and beatific (and often in rapid succession), De Facto marks another advance. One reason for that is their approach to building up the songs in their home studio, newly built with the help of their touring synthesizer player José Orozoco Mora (he also plays on the album along with two other members of the live band, bassist Fernando Nuti and drummer Andrea Davi). Songs first evolved as drones and grooves, with the guitars added only late in the process. Even so, effects pedals have not gone neglected. “Inundación” may open as a sleepy dirge but the reverb-swathed vocals and dreamy layers of synth are soon battered by riffs and squalls. Likewise, the oscillating synth tone that ripples through “Resistir” is no match for a barrage worthy of My Bloody Valentine. Elsewhere – as on the menacing opener “Ana” or the sultrier “Acción – Vaciar” – the keyboards successfully fend  off the attacks.

As pretty and lush as De Facto’s gentler moments can be, even they contain darker undercurrents. That said, the precise meanings of Quintanilla’s lyrics may escape English speakers since this is the first album sung entirely in the band’s native tongue. Quintanilla explains that the decision was prompted largely by a need for comfort in troubling times, what with the increase of political and social turmoil in Mexico in response to Trump’s demonisation of America’s southerly neighbour. As a result, the uneasy mood of De Facto feels very much of a piece with Low’s Double Negative and Yo La Tengo’s There’s A Riot Going On, especially in regards to the two songs that stretch to the 10-minute mark. In “Unificado”, a fetching acid-folk fragment is subsumed in a roaring maelstrom of feedback and distortion. The album’s closer, the gentler “La Maga” manages to retain its shape despite its more turbulent elements.

Such moments also highlight an irony of psychedelia’s perpetual process of mutation. Their minds freshly expanded, the genre’s original progenitors now seem rather more idealistic than their stylistic descendants. Sounds that were distended and distorted to convey a sense of liberation have become a means of expressing keenly felt anxieties, thereby mirroring the increasingly surreal and sinister nature of our daily lives no matter where we try to find refuge.