The Strokes go Tropicalia? Well, everyone needs a holiday 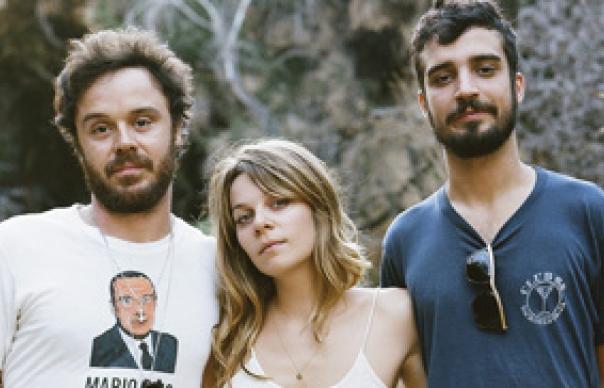 It was probably not much fun to be in The Strokes as 2005’s “First Impressions Of Earth” exploded at the top of the UK charts and then, like a spent firework, plummeted straight out the bottom. Still, it would appear that waking up one morning to find the zeitgeist went thattaway can be quite a liberating experience.

Just ask Fabrizio Moretti. Come early 2007, the Strokes drummer found himself hanging out in Los Angeles with friend Rodrigo Amarante, singer/guitarist of Brazil’s Los Hermanos, jamming in Devendra Banhart’s new band of hairies, Megapuss, and on the sly, working on some songs of his own.

It would be deceptive, though, to describe “Little Joy” as a solo album. The trio completed by Moretti’s new beau, Los Angeles songwriter Binki Shapiro, this clutch of mostly gentle, tropical-tinged pop songs feels like the stuff of fruitful collaboration. Recorded with a warm, vintage feel by Noah Georgeson, Banhart collaborator and co-writer of much of 2007’s “Smokey Rolls Down Thunder Canyon”, much of “Little Joy” is reminiscent both of Banhart’s sunnier moments and, well, The Strokes themselves. Lion’s share of the vocals is handled by Amarante, whose tousled croon is, at times, an eerie ringer for Julian Casablancas.

His “Brand New Start” is a sunny swing, chorusing “There ain’t no lover like the one I got” over doo-wop harmonies and small crests of horns, and he’s got a nice way with understated insouciance: “Oh, is this where it ends/A whimper in the place of a bang?” he laments on “No One’s Better Sake”. Shaprio, meanwhile, takes lead on a handful of songs, best being “Unattainable”, fragile yearning reminiscent of Mo Tucker’s “After Hours”. Ambitions here, you feel, do not extend far beyond ‘a good time, all the time’ – it’s probably telling that the band name derives from a cocktail lounge on Sunset Boulevard – but then, Moretti probably wouldn’t want it any other way.