Linda Perhacs – The Soul Of All Natural Things 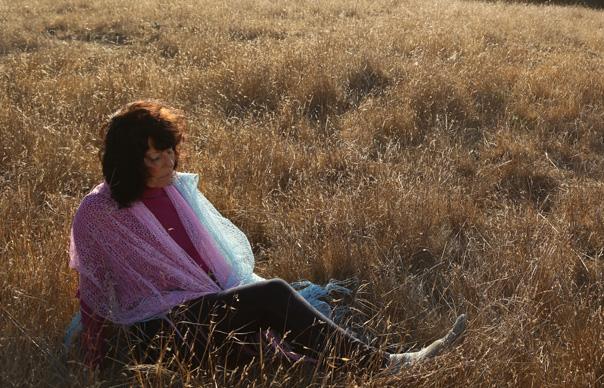 Of all the strange, unexpected records to slip through the cracks during the late 1960s, few have endured like Linda Perhacs’ 1970 album, Parallelograms. Quietly released by the Kapp label, and then lost to time, the album’s resurgence over the past decade has moved Perhacs out of the footnotes of psychedelic history and re-positioned her as one of the era’s more influential spirits. Daft Punk included “If You Were My Man” on the soundtrack of their 2006 film, Electroma; Julia Holter and Devendra Banhart adore her; the late Trish Keenan, of Broadcast, marvelled over Parallelograms’ titular epic, a dream-song split apart by electronics: “[the] simple idea of a list of shapes as a song… it’s really special.”

Indeed it is. Perhacs’ own story is as unexpected and odd as the album itself. Working as a dental hygienist, she was quizzed by one of her patients, “I can’t believe this is all you do.” That patient happened to be film composer Leonard Rosenman, who, after hearing of Perhacs’ double-life as a Topanga Canyon songwriter, opened the doors for Perhacs to record Parallelograms. After the album’s disappearance, she returned to her dayjob, seemingly unfazed, though her slow-release discovery of her new millennial cult status has led her both back to the stage, performing with Holter and other collaborators in tow, and back into the studio. The Soul Of All Natural Things mostly captures the articulate mysticism of Parallelograms and beds it down with becalmed musicianship, and quietly gorgeous songs. These kinds of returns to visibility, the long-awaited follow-up, are fraught with risk. Lost in technology, and corralled by muso types, they often sell short the weirdness that built the myth, replacing it with ersatz easy listening. The Soul Of All Natural Things doesn’t entirely skirt this: there are a few moments where the performances are sickly-sweet, such as the astral muzak of “Intensity”, where the “living on the edge/Playing on the edge” sentiments of the lyrics are sold well short by glossy, smoothed-out production and ‘tasteful’ playing.

But if The Soul Of All Natural Things, at times, courts lugubriousness, it’s just as often perfectly poised. The gentleness of the album’s acoustic ambiences suits Perhacs’ world-view (a kind of benign, elder-statesperson, post-hippy eco-politics), and on songs like the soft driftworks of “Freely”, or the stately, encircling guitar figures of “Children”, the combination of Perhacs’ simply stated songwriting and the chamber-music resonances of the arrangements sit together naturally. The voice is in fine fettle as well: Perhacs’ mature voice has a lighter cast, and what it lacks in stridency – the understated fierceness that made Parallelograms songs like “Paper Mountain Man” so starkly compelling – it gains in kindness.

This tenderness plays to the Apollonian aspects of Perhacs’s music, and The Soul Of All Natural Things sometimes scans as deceptively gentle, feather-light, as though a few errant breaths would send it scuttling off its rails. But this reading of the album underestimates its powers, particularly the two songs that form the album’s core: “River Of God” and “Prisms Of Glass”. The latter, in particular, is a gem: reaching back to 1970’s “Parallelograms”, it very clearly echoes that song’s balance between acoustic filigree and electronic disturbance. On “Prisms Of Glass”, Perhacs spins out “spirals of windows and spirals of stairwells” in a surreal, eschatological vision. One of her guests, Holter herself, gives an equally bravura performance, her occasionally mannered voice disarmed and freed in such company, and even better for it.

It’s no surprise that Holter informs the more widescreen visions of The Soul Of All Natural Things, given the ambitions of her own Loud City Song from last year, and the microscopically exploded pop songs of Michael Pisaro’s Tombstones, another album Holter was deeply involved with. Elsewhere in The Soul Of All Natural Things, there are a few moments of longueurs, where the songs come off a little too session muso. But this new, becalmed Perhacs reveals a clear eco-political message articulated with subtlety and nuance. For Linda Perhacs, the road back to the garden is gently lit.
Jon Dale

Q&A
Linda Perhacs
During the sessions for The Soul Of All Natural Things, you worked with other artists, such as Julia Holter. How do you feel these new presences changed the way you make and think about music?
The recording sessions were pure magic. I loved how everyone brought their own thoughts and ideas to the table. The best answer I can give you is the same one I have seen in some of our performances and recordings. And that is, sometimes people are in your life and they make you feel clumsy, [and] then there are those rare moments when things are so harmonious and so good, the only thing you can do is say in amazement and gratitude that this has to be “sent and meant”…

Much of the album suggests a ‘stepping out of the world’, not as retreat, but as a ‘step forward’.
I feel the purpose of my music is to heal. Perhaps that is the forward step. My compositions come as an energy flow that starts above me and flows through me like a fast flow of rain. This only happens when I am grateful to the universe for all its beauty, when I am in a prayerful and thankful state of mind. Then it comes so quickly I can’t catch it fast enough to write it all down.