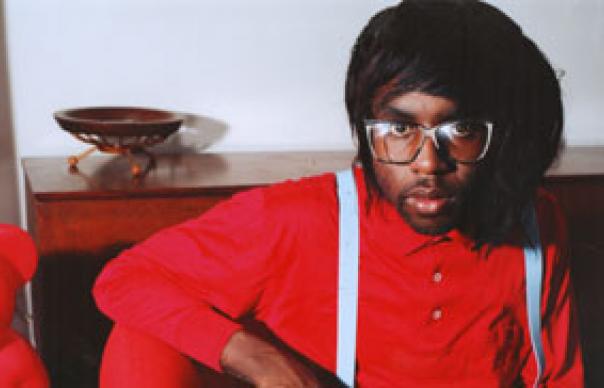 His personal taste has always been a much broader church – Broadway musicals, 80s hair metal, thrash punk, country, hip hop – and he claims to “obsess over songwriting to the point where I hear the song rather than the genre”. It’s fitting that this debut contains at least half a dozen exquisite songs that could work in any idiom, although Hynes’s default setting – Americana-tinged acoustic rock, peppered with major-sevenths and flecked with the subtle use of pedal steel, strings and woodwind – suits his material perfectly.

Recorded in Omaha by Saddle Creek’s resident producer Mike Mogis, it’s about as far as you can get from the boisterous electroclash of Test Icicles, recalling an improbable hybrid of Wilco, Aztec Camera and Todd Rundgren. The songs are, by turns, witty, eccentric and often oddly moving: the lovelorn “Midnight Surprise” is his epic, 10-minute voyage into hook-laden power-pop; “No Surprise” is a Fleetwood Mac-inspired tribute to his mother Wendela; “I Could Have Done This Myself” a bittersweet memoir of losing his virginity; while Roddy Frame would kill to be able to once again write songs like the jaunty, tragi-comic shuffle “Everyone I Know Is Listening To Crunk”.

On tracks like “Tell Me What It’s Worth” and “Devil Tricks For A Bitch”, Hynes – as a black indie kid – confronts the peculiar racism he gets from other black youth (“I feel the nigger eyes they’re staring/makes me want to rip off my skin” he spits). That he’s able to enter such discomfiting territory while making you laugh is a tribute to his songcraft.