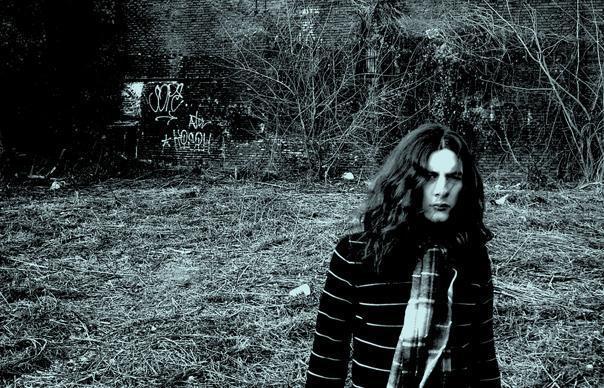 Kurt Vile is a man who routinely elevates idleness to an artform. His songs often seem to reuse different combinations of the same minor chords, while a favourite phrase of his is “I don’t care…” He is an associate of and collaborator with Thurston Moore, Jennifer Herrema and J Mascis, very much the holy trinity of 1990s slacker rock. On the cover of his “So Outta Reach” EP of 2011, he is asleep. Duly, “Wakin On A Pretty Day”, the first song on his excellent new album is a nine-minute countrified strum that unfolds at an unhurried pace. This fine morning, Kurt Vile apparently has no more ambition than keeping his head down: “Laying low”, as he puts it. “Lackadaisically so…”

To look at 33-year-old Vile, taking in his long hair, noting his benign grin, you might simply think, ‘Well, that figures.’ He seems slightly out of time, as if he can’t quite deal with the constant updates of his own generation, evidently finding more in common with hardy musical adventurers like Neil Young (the guitar solos; the passionate, personal songwriting) and John Fahey (the labyrinthine acoustic picking).

As Wakin On A Pretty Daze makes pretty clear, however – appearances can be deceptive. When you see him doing nothing, this is when Kurt Vile is likely to be most active, making the leap from unconnected thoughts to songs. You might hear his mellow, loafing music and imagine he’s not bothered about his career – but he’s productive (this is his 10th release since 2008, not counting his work with fellow Philadelphians War On Drugs) and quietly ambitious. You might see him playing a great show on tour – but he would most likely prefer to be at home, with his young family.

Given its off-the-cuff feel, you might even think that this music comes easily to him. But here Kurt and his band the Violators have painstakingly created a warm and epic soundworld. Special guest Farmer Dave Scher from Beachwood Sparks brings the spacy, Pink Floyd-like vibes on pedal steel. Warpaint’s Stella Mozgawa keeps some often challenging time. There are cosmic synthesiser hummings. Vile himself plays clanking fingerstyle guitar and tearing electric lead. The more you listen, in fact, the more you appreciate the taste and attention to detail that has gone into it all. You could put it on a T-shirt: It Takes Years Of Practice To Look This Casual.

True enough, Wakin On A Pretty Daze does sound like the title of a 1994 Ben Stiller stoner comedy, but its ostensible subject is Vile’s work ethic. For one thing, it substantially enriches the mode (loosely: free-roaming acoustic folk grunge) that he patented on Childish Prodigy (2009) and Smoke Ring For My Halo (2011), and rides it through more ambitious landscapes.

On a personal level, the songs often address the demands that are made on Vile’s time as a busy working musician – and what the cost. To that end, on Wakin we hear a development of the sleepy, homesick mood Vile first conjured with “On Tour” from Smoke Ring. Here, “Shame Chamber” (First line: “Everyone saying I should probably give up…”) and “Snowflakes Are Dancing” (an upbeat account of listening to the titular Tomita album on a plane) all tangentially, and wittily deal with the touring life.

It is “Pure Pain”, however, that gets to the heart of the matter here. An open-tuned acoustic guitar riff lifts the curtain on a domestic scene. If not exactly an argument, then this is at least a robust dialogue about the touring life: “I want to be with you (When can I?)/I don’t know, well I’m workin, babe…” The song then proceeds to a mesmerising, folky section, all layered mandolins, pedal steel and acoustic guitar that provides a poignant change in mood. “All the roads I travel down,” Vile sings, plaintively, “bring me back to my baby…” All round, the song uncovers emotional cost at the heart of fulfilling an ambition like being a musician.

Don’t think that he’s moaning, however. “Was All Talk”, a drum machine-powered song with multi-layered acoustic guitars, very Johnny Marr plays Krautrock, sounds conceptually like a cousin of “Puppet To The Man” from Smoke Ring, in which Vile offered a rebuttal to Philly scenesters who might accuse him of selling out. Here, Vile is similarly full of vim. There was once, he sings, “a time in my life when they thought I was all talk.” That time, though, has passed. “Making music is easy,” he half jokes. “Watch me!”

Amid strong contenders, though, it is probably “Too Hard” (a folky fingerpicked number on which Jennifer Herrema supplies croaky backing vocals) which is probably the album’s best and most moving song, in which Vile reflects on trying not to party too hard, and on how, since he now has the right motivation to meet his responsibilities, avoiding temptation isn’t too hard either. It’s a maturely arranged song about rising to adult challenges, growing up, and ultimately doing the right thing. It’s a case of strong words being softly spoken, and it’s extremely impressive. “There comes a time in every man’s life,” Vile intones sombrely, “when he’s gotta hold tight to the heart of the matter at hand…”

One of the most appealing things about Vile’s LPs is their offhand manner: the songs can often sound incredibly casual, their gnomic words and cycles of minor chords making them feel as if you were intruding on the creative process, hearing them being composed in real time. Wakin is no less joyful or spontaneous, but it marks a development in musical gravity to match the personal one, a commitment to leaving something of value; chasing down something with the single-mindedness of your heroes.

Final track “Goldtone” describes the search. A companion piece to the title track, it’s a minutely organised piece, sounding a bit like Tortoise in its nods to jazz and minimalism. Again it invites us to join Kurt Vile inside his head, where he’s transforming his feelings into songs. “When I’m in my zone, you might think I’m stoned,” he declares, winningly. “But I never as they say/Touch the stuff…” It’s a tough, late-night, soul-searching kind of process that Kurt Vile has signed up for here. It’s a testament to his talent that he takes it so seriously, but makes it all sound effortless.
John Robinson