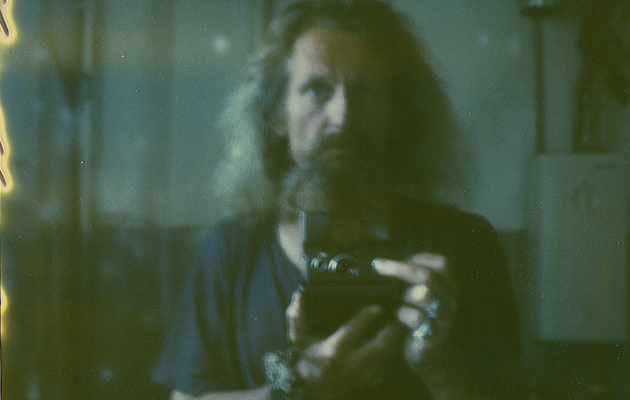 The legend of the late, great Krautrock drummer, guitarist, singer and lyricist, Klaus Dinger, rests on the three albums he made with Michael Rother as NEU!, and particularly in the hypnotic repetition at the heart of Dinger’s eternal, flash-free rhythms – he preferred to call it the Apache beat, or the Dingerbeat. Songs like “Hallogallo” seemed to point outward to visionary rock music yet to be made; “Hero” was punk before it happened. Bowie and Eno were listening, as Low and Heroes both attest. The three albums Dinger subsequently made with brother Thomas and collaborator Hans Lampe, as La Düsseldorf, reconciled that motoric drive with a glam pop sensibility – they’re still underrated gems, especially the heavenly melancholy of 1978’s Viva.

Dinger’s music after NEU! and La Düsseldorf is much harder to follow, even though, at its best, it yields music just as spectacular as his first two groups. The acrimonious collapse of the original La Düsseldorf line-up in the early ‘80s, brought about by disagreements between Lampe and the Dinger brothers, had Dinger moving to Zeeland, in the Netherlands, writing material for a fourth La Düsseldorf album, Mon Amour, which would eventually see release as the murky electronic pop of Klaus Dinger + Rheinita Bella Düsseldorf’s Néondian.

Dinger also resurrected NEU! in 1985, reconnecting with Rother for an ill-fated reunion album, which Dinger eventually released, as a ‘bootleg’ of sorts, on Captain Trip in 1995. With Rother focused on synthesizers, it’s a fairly underwhelming effort; something doubtless not helped by the strained interactions between Dinger and Rother. Dinger was also chipping away at his own material during this time, writing and recording sporadically for a fifth La Düsseldorf album, which would eventually see light in 1999 under the artist name La! NEU?, entitled Blue (La Düsseldorf 5).

Much of Dinger’s music of this time, buried as it often was in period-piece production touches – “Arms Control Blues” from Blue (La Düsseldorf 5) is drenched in gaseous eighties reverb – is marked by his embrace of the simplest of structures: two- and three-chord vamps; melodies that border on the inane, only to access the eternal through the joys of repetition; a base level surrealism that’s both cheesy and profound. Dinger’s writing was deceptively light, too, his love of wordplay matched by the baldness of his political engagement (again, via “Arms Control Blues” and “America” on Blue, for example) and a straightforward pop-ness that made the ‘anthemic’ lyrics oddly cool.

If the 1980s were a struggle for Dinger, the 1990s were far more fruitful. During the first half of the decade, he was focused on a new group, Die Engel Des Herrn, whose debut self-titled album from 1992 was, at times, a surprisingly straightforward rock set. Their 1995 live album, Live! As Hippie Punks, is more rewarding – looser, freer, the Apache beat thundering through cavernous space while Dinger channels Mark E. Smith. After connecting with the Japanese label Captain Trip, run by Ken Matsutani of psych-rock group Marble Sheep & The Run-Down Sun’s Children, Dinger experienced a further renaissance, using La! NEU? as an umbrella title for roughly recorded, playful albums.

Conceiving La! NEU? as a collective of sorts, Dinger brokered relationships with the new German underground, calling on Andreas Reihse and Thomas Klein of post-rock group Kreidler as floating members, along with their colleague, sculptor Viktoria Wehrmeister; Die Engel Des Herrn member Dirk Flader, pianist Rembrandt Lensink, jazz bassist Konstantin Wienstroer, and Dinger’s mother Renate filled out the ranks. With Captain Trip starting the sub-label Dinger-Land to manage these projects, along with 1-A Düsseldorf, Thomas Dinger’s new group, things got wilder and woollier than ever – La! NEU?’s Rembrandt: God Strikes Back is a Lensink solo album in all but name; the other La! NEU? albums veered, unpredictably, from stiff-jointed electronica to mantric rock jams. Their split in the late ‘90s led to the Japandorf project, with a group of Japanese artists based in Düsseldorf.

2000! was the formative articulation of Dinger’s next project, Japandorf – their album Klaus Dinger + Japandorf, recorded across 2007-8 and released in 2013, is perhaps a more articulate rendering of this music. But what comes through clearly in this preJapandorf set is the wild joy at the heart of Dinger’s music. If you’d written off his post-seventies music as so much scribbling in the margins, the furious discipline of “Pure Energy” will shock. The mantric throb at the heart of Dinger’s music is untamed, still, at this point in his history; what’s more startling is the fierce clang of the guitar playing, a scrabbly chicken scratch at the heart of one of Dinger’s most elated, visionary songs.

Elsewhere, he takes the tension down a little – “Mayday” is a beautiful seven-and-a-half rumination, a tender guitar cycle with Dinger sighing borrowed lines from The Beatles – ‘won’t you come out to play’ – and loading them with revelatory weight. “Talk”’s toytown melody is shadowed by glinting, spectral synth tones; “Midsummer”’s elliptical weight is a slow drag across the sunset. The closing “THANK YOU ALL!” is another classic Dinger fuck-you, singing ‘thank you for hating us’ over the dinkiest of chord changes. As ever, he sounds both angry and sly, yet endlessly enamoured of the power of rock reduced to its barest essentials – and still, thirty years on, punk as fuck.