Four decades’ worth of studio LPs overhauled at 33rpm, plus B-sides, remixes and bonus tracks 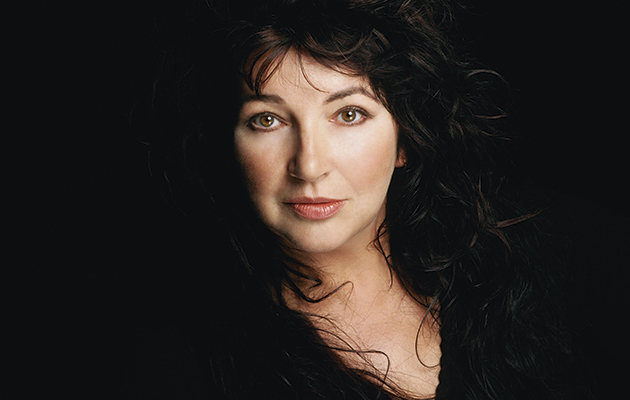 When a major artist announces a comprehensive reissue campaign it’s easy to become swept up in the excitement, especially when it’s a famously reclusive artist like Kate Bush. Having emerged from a quiet existence to reassess the sonic qualities of her full-length works, Bush’s Remastered In Vinyl feels like a gift to fans; a rare opportunity to intimately convene with her in a holistic evaluation of her artistic vision.

Anyone, however, who believes in the rarity of Kate Bush’s original albums for EMI hasn’t visited a used-record store lately. VG copies of The Kick Inside, The Dreaming, Hounds Of Love and others are pro forma in any reputable shop, and usually at a very reasonable price. However, survey Bush’s post-EMI works for the Fish People label, and the shop bins and Discogs listings become a bit thin. One crucial perk of this reissue campaign is that it obliterates price-gouging on vinyl copies of LPs such as The Red Shoes, Aerial (the least expensive Discogs listing is currently £135), Director’s Cut and 50 Words For Snow. Across three vinyl boxes, then, Bush now collects her albums The Kick Inside, Lionheart, Never For Ever, The Dreaming, Hounds Of Love, The Sensual World, The Red Shoes, Aerial, Director’s Cut and 50 Words For Snow. The fourth rounds up selected remixes, B-sides and covers never before seen together. CD versions collect the same material into two sets.

It’s only natural that Bush, whose close artistic control is well documented, would lead the effort of fine-tuning the aural quality of her albums. She enlisted Pink Floyd producer and engineer James Guthrie, someone she’s worked with before: he engineered the orchestral sessions for Hounds Of Love and,  more recently, mastered Bush’s 2011 album Director’s Cut, as well as a remastered version of The Red Shoes released the same year.

Director’s Cut, which reimagined songs from The Sensual World and The Red Shoes with new vocals, drumming and reworked instrumentation, was recorded using analogue equipment exclusively. The marked warmth of the songs reads as a cozy exchange between singer and audience. Bush’s new words for “The Sensual World”, retitled “Flower Of The Mountain” on Director’s Cut, are so close, so breathy, that they feel like a secret.  The pair elicited the same bright quality for the 2011 version of The Red Shoes, which was remastered from backup analogue tapes,  and this amber glow has been achieved in these  new boxsets as well.

The drums on “Running Up That Hill (A Deal With God)” pound with a more robust and exuberant energy, mirroring the heartbeat thump the song still elicits, 33 years after its release. The same goes for the frantic rhythms of “Sat In Your Lap”, which are fuller and more bouyant. The instrumentation of “Wuthering Heights” at last feels in balance with the track’s striking vocals, as if they too were invited to perform from the stage, rather than projecting towards the singer from the pit. The layered likes of “Babooshka” feel more natural too, with evident care paid to the very bucolic potential of these recordings, even the ones heavily adorned in synthesisers and effects.

Despite the evident glow of the remastering work, the greatest treasure in this set lies in the collection of rarities. Covers include a rendition of Marvin Gaye’s “Sexual Healing” backed by a gospel choir, which originally appeared as the B-side of “King Of The Mountain” in 2005. Her celebrated 1991 covers of Elton John’s “Rocket Man” and “Candle In The Wind” are here, too. But the most arresting track in this section is her a cappella version of the Irish traditional “My Lagan Love”, the B-side of 1985’s “Cloudbusting”. Without instruments and accoutrements there is nothing to date the performance, no tone that makes it retro or kitschy. Instead Bush’s honeyed soprano pays homage to the song’s timelessness, a rendition so pure of heart it halts any thoughts of agedness or period through which Bush’s other works might be viewed. It embodies the finest qualities of a traditional, that which is meant to endure.

The A-side of that single, the extended “Cloudbusting (The Organon Mix)”, appears early in the sequence of this disc, and perfectly elevates the song’s enticing theatrical arc, from music video with Donald Sutherland to fleshed-out drama for the stage. The orchestra and choir play a key role in its magnetism, and it’s a must-listen for the unitiated. The same goes for the extended mix of “Experiment IV”, a subversively enchanting hit released to promote Bush’s first greatest hits collection, The Whole Story.

In between the alternate mixes and the covers lie 20 B-sides, bonus tracks, songs written for soundtracks, and remixes, which are a joy to peruse. “You Want Alchemy”, the B-side of “The Red Shoes” single, reveals the very soulful capabilities of Bush’s voice in its delicious hook: “You want alchemy/You turn the roses into gold.” “December Will Be Magic Again”, a saving grace of many a tired Christmas playlist, is deservingly included here, along with the less graceful holiday tune “Home For Christmas”. Pretty much every Bush tune you might possibly want to find is at last lined up and easy to navigate, and that the woman herself ostensibly chose the songs and sequence makes  it that much more alluring. Despite its pedestrian title, Remastered In Vinyl is exceptional in its completeness.