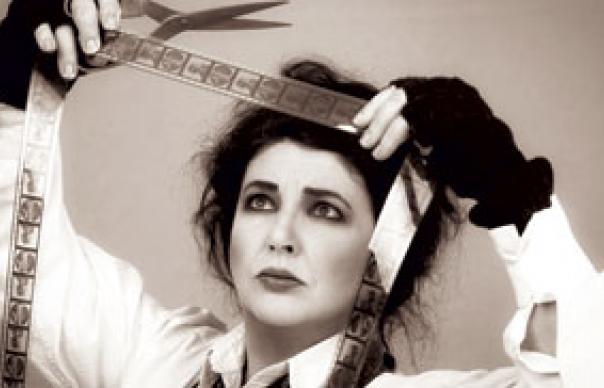 In last year’s biography, Under The Ivy, Uncut’s Graeme Thomson celebrated Kate Bush as a great Romantic Modern: “Her career is largely without retrospectives. Like the witch-woman celebrated in Bob Dylan’s ‘She Belongs To Me’, Bush is ‘an artist, she don’t look back’.” What are we to make, then, of the fact that the first Kate Bush album in five years consists entirely of reworkings and refashionings of songs originally recorded for 1989’s The Sensual World and 1993’s The Red Shoes?

It’s not unprecedented. When her greatest hits compilation was released in 1986, Bush re-recorded the vocal to “Wuthering Heights”, a little embarrassed at the high notes. But the title of this set, typically used by aggrieved filmmakers, implies that some original vision for these songs was betrayed or compromised. Yet it’s difficult to think of a pop artist who has assumed, from the moment of her teenage debut, such creative control as Kate Bush. So what was betrayed or lost, and by whom? And do these new versions set the record straight?

“Flower Of The Mountain” offers the simplest answer to the conundrum. It’s a version of “The Sensual World”, restored to its original conception, setting some of Molly Bloom’s closing monologue from James Joyce’s Ulysses to music. Back in 1989 Bush was prevented from using the text by the Joyce estate, but they appear now, in the final year of their copyright, to have relented. It’s not clear whether this is the originally recorded version, but what’s surprising is how “Flower Of The Mountain” still pales besides “The Sensual World” we’ve known for years. “Our arrows of desire rewrite the speech”, she had sung, copyright laws inadvertently prompting her to a more passionate, perfectly phrased lyric than a mere faithful setting of Ulysses allowed. This new take is an interesting curio, but it’s testament finally to Bush’s fearless ambition at the 1980s height of her powers.

Elsewhere, Director’s Cut simply marks the changes in musical fashion – most notably on the reworked “Deeper Understanding”, a song about the questionable solace of technology, which now features a multitracked, pitchshifted Kate as the voice of the computer, as though she had just heard Kanye West’s 808s & Heartbreak.

But generally these are subtler reworkings. Ironically, now that young groups spend countless studio hours trying to recreate the astonishing gated boom of “Sat In Your Lap”, Bush seems slightly uncomfortable with her studio excesses. Whereas The Red Shoes in particular suffered from a surfeit of guest appearances and special effects, the songs here have the drums dialled down to a jazzy shuffle and the vocals of the Trio Bulgarka are mixed more sparingly. The recording marked a tempestuous time in Bush’s life: the death of her mother and a couple of bandmates, the end of her relationship with Del Palmer. On songs like “Lily” and “Song Of Solomon”, she now seems able to recall the heightened emotion in something approaching tranquillity. A touring musician might register their changing relationship with their back catalogue by reworking the songs in performance. Apparently, The Red Shoes was originally intended to be a simpler set of songs to be taken on tour. As the Stonesy jam of “Rubberband Girl” indicates, maybe this is how they would have ended up.

The best, most radical revision here is “This Woman’s Work”. Originally commissioned for the soundtrack of She’s Having A Baby, it provided the title for her boxset and, especially in the US, has become her most celebrated song. Written before Bush had a child, its coda (“All the things I should have said that I never said…”), could be interpreted as the fear that, for a female artist, becoming a mother means sacrificing your art. This new version restores the song’s strangeness and force. “Give me these moments back, give them back to me” she sings, shifting from consolation to determination.

But the most significant moment is found on “…And So Is Love”. Back in 1993, the verse ran: “We used to say/Ah hell, we’re young/But now we see that life is sad/And so is love.” Now, with the hard-won wisdom of 50-odd years, Kate sings: “And now we see that life is sweet…”. When the song first appeared, I thought she sounded so dispirited it would be a miracle if she ever made another record. Here she sounds revitalised. After the intermission of Aerial, could this mark the real beginning of the second act of Kate Bush’s brilliant career? Let’s hope, like Molly, the answer is “Yes…”
Stephen Troussé