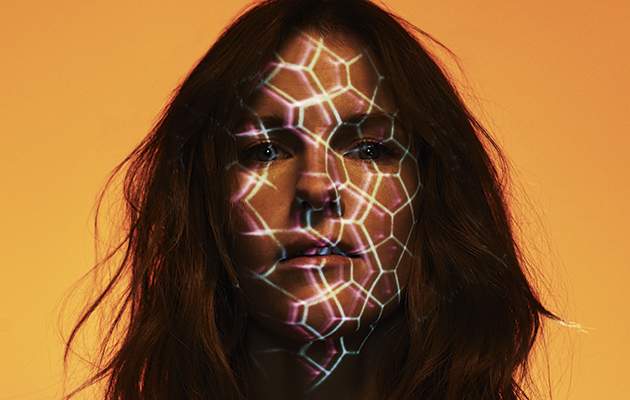 The 31-year-old Californian composer Kaitlyn Aurelia Smith will be a new name to many, but to anyone who fell for last year’s album EARS, an eight-song synthesiser suite that loosely explores a kind of futuristic jungle, she’s become an artist of real substance. Released in the spring, that record appeared to breathe new life into, and give recognisable shape to, an old genre forever teetering on the edge of respectability – that of new age music – but more impressive was the way Smith was able to convey her enthusiasm for her medium and her message. Not just in interviews – explaining the all-caps EARS, she told one magazine, “I wanted a name that made it feel alive, that made it feel like everything was listening and had ears and was alive” – but in the sense that, listening to the cosmic swell of “Envelop” or “Existence In The Unfurling”, Smith seems tuned to a higher frequency than most and delights in attempting to express herself.

Raised on the remote Orcas Island, situated off the northwestern coast of Washington State, Smith is an active, outdoors type who’s happiest communing with nature. She’s also a synthesiser connoisseur who enjoys figuring out the myriad possibilities and sound combinations of vintage modular machines such as the Buchla Music Easel and EMS Synthi. She and her husband have an interest in homesteading, and when they first married, the couple asked friends and family to chip in to buy them a cow as a wedding present. Priorities shifted, however, and they ended up buying a Buchla Music Easel instead. Before this, Smith, a spiritual, curious soul, spent time living in a Krishna temple in LA, where she was commissioned to produce music to soundtrack the communal chants.

Adopting the Buchla as her formal instrument in 2011, Smith’s initial output, all available on her Bandcamp, is intriguing but perhaps not wildly remarkable, a mix of synthesiser jams (Tides) and folkish whimsy. In 2012 she combined the Buchla 100 with her voice, guitar and piano on two self-released albums, Useful Trees and Cows Will Eat The Weeds, restricting herself to one take per track, with often enchanting results. She carries this self-discipline through to EARS and its superior follow-up, The Kid. It’s all too easy to drift off while improvising with modular synths; the warm, burbling, harmonic flow is irresistible and hard to curtail, but Smith is able to blend this New Age sensibility with an appreciation of the pop form while infusing her music with a feeling of wide-eyed wonder.

Smith, presumably, can jam for days at her Easel, and last year rustled up a few 20-minute odysseys in collaboration with her local LA mentor and veteran Buchla expert Suzanne Ciani for Sunergy, an experimental album on New York’s RVNG Intl label. The Kid, though, is her most fully realised work, a vivid, organic and at times profoundly psychedelic exploration of her own existence, and by extension, the human condition. Just as Björk contrived an alliance with David Attenborough for her eco extravaganza Biophilia, Smith also seeks to channel the great naturalist’s reverence for the planet on The Kid in the way she takes the listener on a voyage of discovery through her interpretation of the four stages of life.

Whether this concept works or not depends on your general disposition to this type of thing, but it’s hard to fault Smith’s commitment as her gorgeous music builds from the gentle flutter of “I Am A Thought” and “In The World” to the richer undulations of the final “I Will Make Room For You” and “To Feel Your Best”. Even those with a healthy level of cynicism will be seduced by the radiant pop of “An Intention” and “In The World But Not Of The World”, the latter of which sees Smith outlining her inquisitive approach over a soft mechanical waltz: “I love it when I think I know something/And then I find out that it’s the opposite,” she sings.

Smith operates at the more conventional end of modern-day new age music, and it’s conceivable The Kid could provide a portal to the work of her contemporaries such as Visible Cloaks or the catalogues of Laraaji, Iasos, Ciani and other full-time daydreamers. Taken on its own, The Kid is a hugely satisfying example of Smith’s wholesome and harmonious vision, one that manages to enmesh the wonders of music, memory and nature via analogue synthesis without explicit reference to the healing properties of crystals.