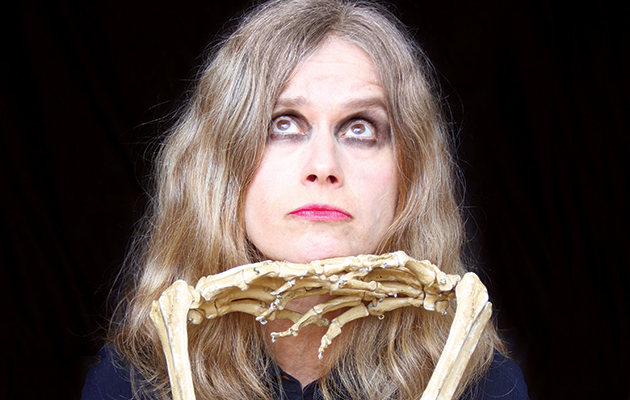 The Rufous hornero is a common sight in Argentina; perched on wires or branches like an oversized finch, it trills its strange and beautiful song, often as a duet. The country’s national bird is also a favourite of one of its finest singer-songwriters, Juana Molina, and the call of the hornero – a little like an analogue synth sweeping down through the frequencies – can be heard on most of her albums since 2000’s Segundo.

The bird’s presence gives Molina’s subtly infectious records, such as 2002’s Tres Cosas and 2006’s Son, a sense of place; specifically, it roots her quietly experimental music in the ranch house outside Buenos Aires where Molina lives and records, surrounded by a lush, sub-tropical garden. On 2013’s Wed 21, though, things changed. Molina swapped her Martin acoustic for a Gibson SG, the song structures became more defined, and the horneros were absent.

Halo is a further step on. There’s still a strong sense of place within its 12 songs, but the feel of a green, sunlit garden has been replaced by that of an arid, twilight desert. There’s a reason for that: frustrated with her malfunctioning home studio, Molina headed to Arizona’s dusty Sonic Ranch to record. Here, she exchanged the more conventional structures of Wed 21 for longer, stranger forms. Two songs, “LentíSimo Halo” (“Slow Halo”) and “CáLculos Y OráCulos” (“Calculus And Oracles”) sound sparser than anything Molina has done before. Beatless and weightless, they’re led by eerie, low synth tones and occasional glints of guitar or keys. “Andó” is eerie, washed-out electronica, percussion clattering as Molina murmurs over a curdled bassline, while the airless “In The Lassa” is barely there for over a minute, until bass synth creeps in to propel the song towards an earworm guitar riff.

However organic it may seem, Molina’s art has always been driven by technology, whether it was the loop pedal that allowed her to create her whole aesthetic on breakthrough Segundo, or the ring modulator effect woven through Wed 21, to which Molina admits she’s still “addicted”. Leaving her home studio here gave her a chance to try out new instruments, with the result that Halo sounds little like Molina’s previous work: the opening “Paraguaya” features a Mellotron sample of ’40s strings, while many of the speaker-shaking synth sounds throughout were created with the studio’s Moog Prodigy, which Molina fell in love with. Recalling John Lennon’s obsession with slapback echo, Halo’s multi-tracked vocals are almost all daubed in detuning effects from an ’80s Lexicon multi-effects unit Molina dug out of her collection; meanwhile, synths are similarly seasick, drifting downwards like the call of a mutant hornero on the syncopated “A00 B01”, the mathy Latin groove of “Cosoco”, or the bass-heavy, careering “Sin Dones” (“No Attributes”).

If the music was a joy for Molina to create at Sonic Ranch, the lyrics were a little tougher, the process delaying the record for a year. Perusing the translations of her Spanish, however, and it’s clear Molina has managed to tap into a fertile, mysterious muse. For a start, the album title is derived from “luz mala” or ‘evil light’, known in English as will-o’-the-wisp, the ghostly glow that hangs like a halo over buried bones. On “Paraguaya”, she sings of love potions, intoning, “‘Oh glorious moon, irradiating the brew with your light/I implore you, help me with my plight’”. “Cosoco” talks of broken spells and a poisoned apple, while on the closing, sparse “Al Oeste” (“In The West”), Molina celebrates the sun as it sets. On “Andó” and “In The Lassa”, meanwhile, she leaves out meaning entirely, singing wordlessly over dense polyrhythms.

Juana Molina doesn’t make records very often, but the speed of her evolution means that Halo – haunting, bassy and electronic – is light years away from, say, the fragile, trebly and acoustic Son. And yet, however fast her sound or her message mutates, her work retains the mark of her singular musical essence. We may have heard the last of those horneros and that beautiful garden, but the new, unnatural soundworlds that Molina is now exploring are just as evocative.

Q&A
JUANA MOLINA
Was it daunting leaving your home studio?
I was really scared, because I hadn’t done it for six records, and when there’s other people around I feel a little observed. But five or six days later we were totally into it. Sonic Ranch was an amazing place to be. It’s in a pecan plantation in the middle of the desert. It’s a bit insane and it’s very dusty, so you become a little bit like a crocodile.

Once again, there are no birds on this album.
It’s true! But the birds are not intentional, they are just the birds that live here. The first time was on Segundo, where I sang a part that I really, but there was this bird on the recording. So I said, “OK, I shall add more birds.” Another day I was playing in the garden, and a choir of horneros sang in a place that was so unbelievably pretty that I spent days trying to record the same thing.

How did the lyrics on Halo differ from your earlier work?
They took much longer to be written! It is the work I do after the music’s done. But this time, because the vocals were so perfect in the music already, I felt like every word I put in the song, it was a stranger. I need the lyrics to be disguised in the melody, because if not they don’t belong to a song, and then they bother me, like cats jumping in a bag!
INTERVIEW: TOM PINNOCK