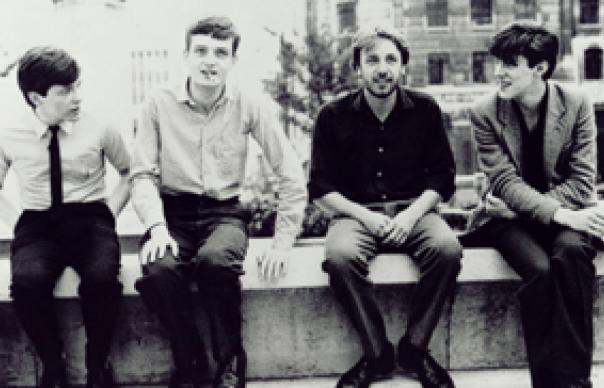 Four decades after Ian Curtis found his way out, after all the compilations and remasterings, the biographies and histories, the videos, documentaries and features films, what can there possibly be left to say about Joy Division? Within its own lifetime the Factory story turned from tragedy to farce; now the relentless stream of modern media reminscence seems determined to run it through every other conceivable genre. Michael Winterbottom’s 24 Hour Party People imagined Factory as some absurd Northern soap. Anton Corbijn’s Control presented the Ian Curtis story as the tragedy of a man who couldn’t work out whether he was in a ’60s kitchen sink drama or some existential ’80s Wim Wenders romance.

More insidious is the modern desire to turn the troubled, conflicted, unsettled, convulsive art of the past into frozen “Icons”, tame commodities – as on last year’s BBC4 Factory documentary, which smoothed everything to psycho-sociological cliché, and seemed happy to present Joy Division as the ur-Indie Band, a kind of prototype Editors.
“There’s just the two albums,” designer Peter Saville notes towards the end of this latest jerky version of the dream. “All the rest is the merchandising of memory…” What’s missing from the playful fictions and damned facts, is precisely the art of Joy Division – the band’s power, and the mystery of how it arrived from such unlikely sources – and its this that Jon Savage and Grant Gee’s Joy Division addresses.

From the start, it’s clear this isn’t any straightforward, plausibly causal slice of northern life. The film begins with a Marshall Berman epigram on the vertigo of modernity and Gee’s direction is always toying with continuity – messing with the flow of film the way producer Martin Hannett did with the band’s sound. Time speeds up and slows down; the TV career of Tony Wilson or the road tales of Hooky’n’Barney are cut-up into bad-dream blasts.

Corbijn’s stately video for “Atmosphere” is run at double-speed, so it resembles avant-garde Benny Hill, in honour of John Peel.
The film focuses on absences: a series of “Things That Aren’t There” – from the Russell Club to the Haçienda – and the ghosts of the story: most notably Rob Gretton, who’s previously come across as hooligan stooge, but who’s densely plotted notebooks reveal rare focus and determination. And Martin Hannett, who as Paul Morley notes, managed to make Manchester sound “cosmic”.

Beyond Morley, the film draws on a more obscurely enlightening crew of talking heads, from Savage’s own circles on the arty fringes of the Factory floor: City Fun editor Liz Naylor, designer and theorist Jon Wozencroft, and best of all Genesis P-Orridge, who has now successfully willed himself into the middle-aged lovechild of Brian Jones and Marianne Faithfull. All emphasise the dark art at the heart of the band, the way that their records drew on, transformed and acted as enchanted wardrobe-portals into the worlds of Burroughs and Ballard.

Savage’s assiduous historical scholarship has brought some fantastic old footage to light: the first Sex Pistols show in Manchester, early rehearsals, late gigs and even the uncanny audiotape of Ian’s hypnotic regression to a past life that sounds eerily like a Kafka fable. The biggest coup, however, is the presence of Annik Honoré, Curtis’ Belgian lover, talking for the first time on film, still visibly shaken by his suicide, still profoundly moved by the music. But if the story has a flaw, it’s that it is too much in love with the European arthouse possibilities she seemed to offer Ian: you feel the film would have very much liked him to have moved to Holland, as was once broached, to open an arty book shop, hanging out with Belgian metal-bashers and Burroughs groupies…

The film also buys in a little too much to the Wilsonian myth of the civic revival of Manchester being inspired by Joy Division – an idea that looks increasingly flimsy as those loft-style city centre apartments are repossessed and the credit goes bad.

But these are quibbles. For the most part, Joy Division is a resounding, absorbing success. “I saw Joy Division as part of the resistance” says filmmaker Malcom Whitehead at one point, suggesting that their art and music was engaged in a kind of psychic struggle with the likes of Manchester God Cop James Anderton for the soul of the city. Savage and Gee’s film reminds us how urgent, alive and abrasive that music remains, the vital alternatives it still offers.