Josh Ritter – Girl In The War 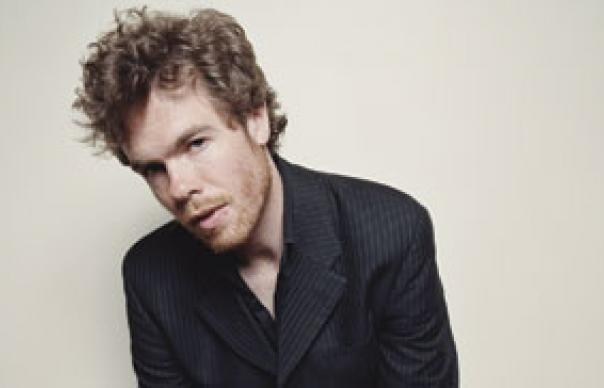 Released earlier in 2006, Ritter’s “The Animal Years” marked a significant change in approach. With three previous albums having drawn parallels with James Taylor and Jackson Browne, there seemed little to distinguish Ritter from a whole host of Damien Rice types.

But suddenly, his sense of the world seemed to expand. Instead of pining for girls in windows or sobbing tears of bourbon, the 30-year-old began addressing the political and the mythical. The sound widened, too. Drafting in Modest Mouse/Iron & Wine producer Brian Deck, Ritter’s fireside folk was now prone to the odd bout of electronica, swirling Hammond and loud guitars.

As postscript to “The Animal Years”, this seven-song EP is a collection of rarities and demos from around the same time. The title track (there are two versions here – the mandolin-led album take and an acoustic demo) frames the Iraq war from the viewpoint of apostles Peter and Paul. Exploring the hand-wringing of a divided nation, it’s a song Ritter recently sang to thunderous applause at The Centre For American Progress in Washington DC.

The same sense of guilt pervades his cover of Modest Mouse’s “Blame It On The Tetons”, whilst both “Peter Killed The Dragon” and an early “Monster Ballads” – one whispered to spare guitar, the other to fuzzy piano – borrow from Twain to sly, cryptic effect. The latter, particularly, is worthy of his hero Dylan: “And I was thinking about my river days / I was thinking about me and Jim / Passing Cairo on a getaway / With every steamboat like a hymn.”

Recorded in a guitar store in his hometown of Moscow, Idaho, the carefree skip of demo “In The Dark” masks a Biblical tale of sinking ships and raging fire. Highly imagistic but deceptively simple, Ritter’s songs pack all the mystery and strange logic of a Paul Auster novel.