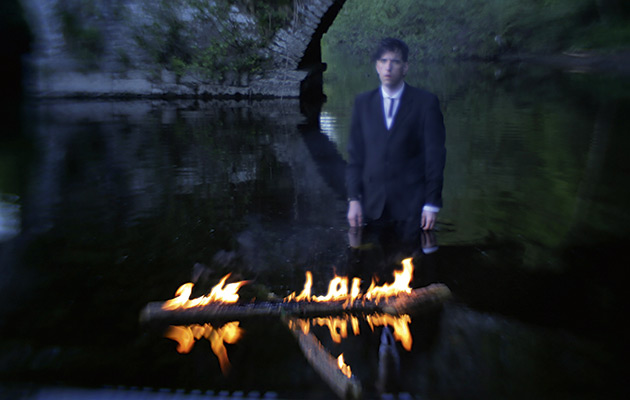 When he released his first solo album in 2012, John Murry probably thought all his glorious mornings – hallelujah, amen! – had come at once. The Graceless Age earned Murry the sort of reviews that make careers. You couldn’t imagine him filling stadiums on the back of it, but the album, adoringly received, at least seemed to offer a future largely free of the turmoil so far attached to Murry’s life and career. Things seemed finally to be looking up for him after years of notable strife, including periods of institutionalised treatment for mental health problems and heroin addiction, the calamity of his life to that point providing The Graceless Age with its raw and seething drama. Even as Murry’s brighter future was taking shape, however, things were already starting to unravel.

Murry was badly hit when former American Music Club drummer Tim Mooney – his friend, mentor and co-producer of The Graceless Age – died suddenly just before that album came out. At the same time, Murry’s marriage was falling apart, a bitter separation soon to follow. Despite the glowing reviews, the album sold modestly. Money problems meant he couldn’t afford to keep a touring band together. He was soon also without management and a record contract. His life was as much of a mess as it had ever been. “I felt a very simple, very real need to get the ever-living fuck away from the lunacy I felt I was suffocating within,” he says, explaining how he eventually fetched up in Kilkenny, from which Irish fastness he emerged a year ago to record A Short History Of Decay, which was produced in Toronto by Cowboy Junkies’ Michael Timmins.

For all its harrowing content, The Graceless Age was often a sonically rich confection, deeply textured and dense with layers of keyboards, synthesisers, strings, crackling electronics, “found” voices from radio broadcasts and police bulletins. Mooney’s deft production brought a ruined grandeur to tracks like “Southern Sky” and “Things We Lost In The Fire” that was almost symphonic. A Brief History Of Decay is built on rougher foundations, largely unadorned, not much more than Murry’s voice, guitars and occasional keyboards, bass, drums, here and there a violin and former Pogue Cait O’Riordan’s sweet harmonies. The Graceless Age was four years in the making. Timmins wrapped the sessions for its belated follow-up in five days, capturing in the hasty process something of the bereft and haphazard atmospheres of a record like Alex Chilton’s Like Flies On Sherbet. Songs were arranged on the hoof, spontaneously worked up even as the tapes were running. The whole thing sounds like it was recorded in a barely lit bus station at the end of the line, a lonely terminus there’s likely no coming  back from.

In many ways, A Short History Of Decay comes from an even darker place than The Graceless Age and its confessional exorcisms. Some of it – let’s say blunt chugs like “Under A Darker Moon”, “Defacing Sunday Bulletins” and “Countess Lola’s Blues”, with their sundry necrotic guitar riffs – seems to reach the listener from the same murk as Lou Reed’s The Blue Mask and Legendary Hearts, albums that likewise were moored in the rude self-examination of recent sobriety, a troubled clarity and morose retrospection. There’s a similar gallows humour at play here, too. Like Lou Reed, Murry finds bleak amusements in desperate moments, seems tickled by dire predicament.

As far back as World Without End, the album of newly minted murder ballads he recorded with Bob Frank in 2006, Murry’s been expert in the specifics of misery – so there’s nothing funny about his glowering cover of Afghan Whigs’ “What Jail Is Like” that replaces the Whigs’ typical histrionics with a creepy low-key menace. A quartet of original songs – including “Silver And Lead”, “Wrong Man”, “Come Five & Twenty” and “Miss Magdalene” – meanwhile teem with guilt, regret, self-recrimination, a sense of personal rot and bitter fatalism. “The kids the cops killed?/Let me be one of them, too,” he sings on “Wrong Man”. Feelings of worthlessness prevail. “All I do is fix whatever I broke the day before,” he admits on “Under A Darker Moon”. Images abound of betrayal, compromise, opportunities selfishly squandered. But a kind of redemptive enlightenment emerges. “Life is a gift I don’t recall taking,” he sings sadly on the lovely, trembling, “Come Five & Twenty”. “But I’ll wear it ’til it fades,” he adds, the song, like the entire album, a survivor’s battered hymn.

Q&A
John Murry
A Short History Of Decay sounds even darker than The Graceless Age. How did that happen?
It wasn’t intentional. When I was writing it, I thought the songs were somehow gentler and I still think the album is often quite funny. Doesn’t the best horror often come from comedic places? The greatest comedies from the most tragic?

How did Michael Timmins end up as producer?
I met Mike when I played in Glasgow at Celtic Connections in 2013. I used to fall asleep to Cowboy Junkies’ The Trinity Sessions, so they were literally characters from a dream. Over the next few years, we stayed in touch. Somehow we both knew we needed to make a record together.

How much influence did he have on the sound of the album?
An immense influence. Mike has an amazing gift as a producer. He hears the essence of a song. Like Jim Dickinson, Mike is a producer in the truest sense. Like Jim, I admire the hell out of Mike. He showed me that with the right people playing in the room with me a record could come to life and it did. It’s exactly what I meant it to be: defiant, tangled, indignant and final. The songs speak much more clearly for themselves now, I believe, and I hope by letting them do their own talking, it will allow me to do mine.
INTERVIEW: ALLAN JONES