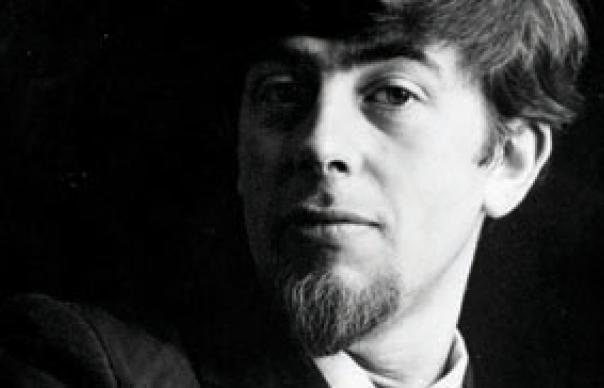 “The Godfather of British Blues”. There must have been times when John Mayall wondered what his title amounted to, times when he rued that so many of his charges had so far eclipsed the bandleader who gave them their break.

Not all were unknowns when they joined Mayall (especially the American names), but it says much for his talents that all signed up for his blues academy, whether their rite of passage lasted years, months or, as in the case of Free’s Andy Fraser, mere weeks.

While former charges have gone on to fame and fortune, Mayall has endured with the stoicism expected of a bluesman. At 77, he is currently touring his 57th album (appropriately titled Tough) with an OBE to his name. His extensive back catalogue remains in place, though the various live sessions, singles and oddities of his early years are scattered confusingly across assorted reissues and compilations.

This well-annotated set goes some way to clearing up the muddle. Though it doesn’t claim to be comprehensive – that would mean quadrupling its 71 tracks – So Many Roads offers a clear account of Mayall’s ascent from blues circuit scuffler to blues-rock icon, thereafter to Laurel Canyon eminence and jazz-blues innovator. Mayall picked up the blues bug as a kid, learning from his guitarist father and his extensive record collection. He was always an individualist, set apart from the 1960s London R’n’B scene by a background that was Macclesfield rather than Maidstone, and, perhaps, by a three-year stint in the army that included a posting to Korea.

By the time Mayall, a commercial artist, moved to London and made his first record – the unexceptional two minutes 16 seconds of “Crawling Up A Hill” – he was 28. Later, Mayall fostered an image as a blues purist, but the opening slew of tracks here, recorded live in London in 1964 for his first album, John Mayall Plays John Mayall, find him happy to mix it with commercial R’n’B, ploughing an organ groove on the likes of “Night Train”.

Though the album bombed, Mayall was quick to refocus, knocking out a single for Andrew Loog Oldham’s Immediate label – “I’m Your Witchdoctor”, featuring his new guitarist, Eric Clapton, freshly departed from The Yardbirds for a less ‘commercial’ direction. Eric must have been bemused to find himself playing “On Top Of The World”, another Immediate single that sounds like an attempt to become The Small Faces. On the circuit, however, the Bluesbreakers steeped themselves in Chicago blues – a pair of live cuts from autumn 1965 (“Stormy Monday” and “Have You Ever Loved A Woman”) offer a vivid glimpse of the group’s emerging identity as blues hardliners.

If recruiting Clapton was a masterstroke, so was Mayall’s decision to immerse him in the work of Chicago trailblazers like Freddie King and Otis Rush. Clapton recycled their dexterous style on a newly acquired Gibson Les Paul, which he teamed with a Marshall amplifier for a new sound – ferocious but fluid – that would prove hugely influential.

The six tracks here from 1966’s Bluesbreakers still sound freakish, not least Mayall’s own “Double Crossing Time”. Producer Mike Vernon, who had long championed Mayall, conjured a murky atmosphere in which Clapton’s piercing guitar and Mayall’s eerie falsetto shone out. After this, no-one wondered whether Brits could play the blues; it was a fact of life. 1967’s A Hard Road is arguably a better album, with great Mayall originals like “Sitting In The Rain” and Clapton’s replacement, Peter Green, bringing a, more melodic approach that anticipated his Fleetwood Mac glories on “The Supernatural”.

The Bluesbreakers’ lineup soon became a revolving door, with Mayall in the role of stern patriarch. His ability to attract talent was impressive, but as if to prove he needed no-one, he recorded The Blues Alone in a single day, playing all instruments (bar drums) himself. Mayall replaced Green with Mick Taylor, a less adventurous player but one whose rippling lines fitted Mayall’s plain vocal style, adding a horn section for 1967’s Crusade and its heftier sound.

Mayall habitually presented himself as craggy defender of the 12-bar faith, but his response to the innovations of the late ’60s – psychedelia, songwriters – was more nuanced than he’s given credit for. Bare Wires and Blues From Lauren Canyon (both 1968) featured jazzy line-ups (with Dick Heckstall-Smith’s sax and Jon Hiseman’s drums) and some introspective, albeit patchy, songwriting.

The period marked Mayall’s commercial peak (in the US) and the limits of his artistic ambition. The final disc here shows him tumbling back into predictability – Jazz-Blues Fusion is a fanciful description of what’s served up on “Good Time Boogie”, and “Driving ’Til The Break Of Day” and “Gasoline Blues” are as dull as their titles suggest. Of the Back To The Roots LP (1971) that reconvened Green and Clapton there is no sign.

So Many Roads may ultimately be the story of the journeyman as star – still, Mayall deserves his ‘Godfather’ title. A paradigm of what grit and savvy can achieve, his assorted Bluesbreakers lineups cast a lasting influence over British music, a fact perhaps obscured by his defection to the States. At his best, the thrill still hasn’t gone.
Neil Spencer