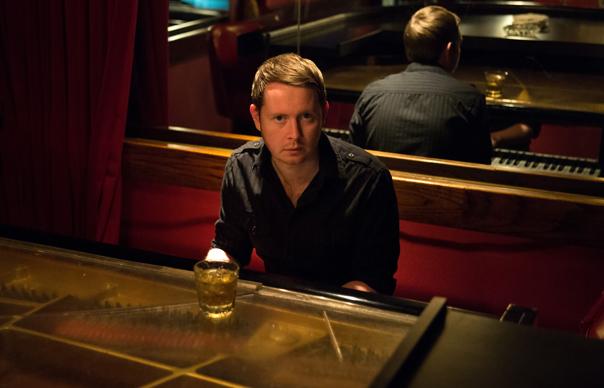 It’s been a dizzying couple of years for John Fullbright. First came studio debut From The Ground Up, a record that set him up as a blowsy country-folk cousin of Townes Van Zandt or John Prine, ripe with narratives about sin, absolution and God. It was impressive enough for the likes of Jimmy Webb to proclaim him a household name of the future. The bearers of gongs clearly felt the same way too. The album was nominated for a Grammy (ultimately losing out to Bonnie Raitt), while Fullbright’s deft turn of phrase earned him a Harold Adamson Lyric Award at the ASCAP Foundation’s annual shindig in New York.

But Fullbright’s life, privately at least, doesn’t appear to have been all onward and upward. The themes of Songs suggest that the 26-year-old has been through some heavy-duty turmoil during the interim. As you might gather from its title, the album is more direct than From The Ground Up. A fair handful of the songs feature Fullbright alone, either sat at the piano or picking at a guitar. Simplicity and economy are key, as if the only way to convey these moving meditations on break-up and loss is through the power of understatement. Even when the band do kick in, it’s with a sense of solicitous restraint.

Of course Fullbright isn’t the first to address a failed relationship in song. But while he admits that “hard experiences” form its emotional core, the album is anything but a weepy confessional. Instead he keeps the details at arm’s length and opts to focus on universalities: absence, hurt, self- admonishment, survival. As such, and in contrast to its sparser musical tone, Songs is more sophisticated than its predecessor.

The other significant difference is Fullbright’s voice. If From The Ground Up used his grainy drawl as a counterweight to much fuller arrangements, Songs marks him out as a truly great singer. There’s certainly a newfound authority and confidence at work. And while Fullbright has tended to elicit parallels to other folk-leaning country types when it comes to vocal style, the nearest comparison here, incongruous as it may seem, is Rufus Wainwright.

It’s particularly striking on “When You’re Here”, a tune that swells deliberately around piano, the Southern accents of Daniel Walker’s Hammond organ and Terry Ware’s discreet electric guitar. “Don’t I feel my lungs losing air,” sings Fullbright, in an elastic bout of Wainwrightish yearning. “Don’t I feel like I can show you/I’m the one that you can go to/When you need another heartbeat near.” A similar mood informs “The One That Lives Too Far”, its protagonist jolted by the sudden realisation that life may never be quite the same again: “I haven’t told myself the truth/Since the first night you were gone.” Built around acoustic guitar, the song is lifted by some gentle Southern gospel and a lovely piano refrain.
There’s an echo of Fullbright’s earlier penchant for third-person narratives on “High Road”, a tune first unveiled on 2009’s Live At The Blue Door, recorded at the Oklahoma City folk den where he first caught a break. It tells the story of a young married couple whose rural idyll is shattered by a fatal accident with a tractor in a rainstorm. Here it serves as both a Woody Guthrie-like tragedy and as a marker of how far Fullbright has developed since he wrote it.

Songs really isn’t all gloom and despair. A sly humour is very much to the fore on “Happy”, for instance, while the subtextual air of hope is finally made explicit on the album’s closing line: “I feel alright for the very first time.” Above all, Songs places Fullbright firmly in the lineage of great American laureates like Guy Clark, Townes Van Zandt and Mickey Newbury. On this evidence too, just like those notables, he looks set to stand the test of time.
Rob Highes

Q&A
How did you approach Songs?
It’s not as in-your-face as the last album. It could’ve been a loud, hugely-produced thing, except that the songs made me realise ‘No, this isn’t a big record, it’s a very small one.’

The lyrics suggest you’ve been through a major break-up…
Yeah, but you don’t have to write a break-up song just because you’re going through one. It’s a trap that you fall into. I’ve been accused of making a sad record with Songs, but I disagree completely. I think it’s a pretty hopeful album.

What have you learned in the two years since From The Ground Up?
Too much for words! I feel like I’m a better player and musician, my philosophy’s a little stronger and my foundation’s firmer. The studio was the same as before, yet I was profoundly different. It’s one thing to string words together in a way that sounds good, but it’s another to focus on the crap and say exactly what you mean. That’s what I’m trying to grow into right now.

What made you revive your old song “High Road”?
Some guy on Twitter, I think he was Swedish, posted a video of himself playing it. English wasn’t his first language, and he wasn’t the best musician, but he still made it sound moving. So I thought that maybe I wasn’t giving that song enough credit. I need to send that guy a thank-you note.
Interview: Rob Hughes