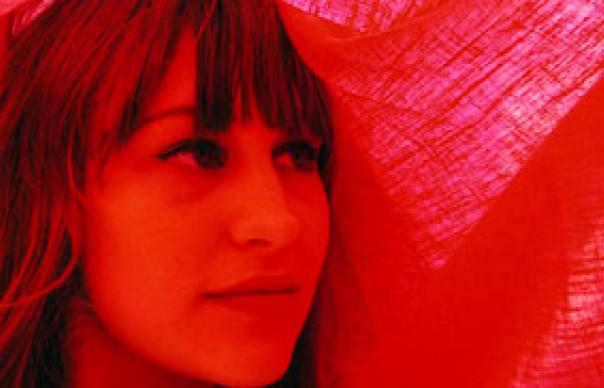 All classic records deserve their own creation myth, and Joanna Newsom’s second album has a pretty good one. The story begins, for our purposes, in a small studio in Los Angeles. Steve Albini, working with characteristic crisp precision, has been hired to record Newsom’s voice and harp, to capture the movement of air and her callused fingers across the strings. Newsom has brought five songs to the sessions: the shortest, “Cosmia”, lasts for seven minutes and the longest, “Only Skin”, stretches to nearly 17.

None of the five have choruses as such. Instead, they are great fervid torrents of words that elide close nature observations with a visceral sexuality – recalling, perhaps, Walt Whitman’s epic 19th Century poem, Leaves Of Grass. The exact meanings may be cloaked in allegory and metaphor, but these are intensely personal songs that have been given an intimate, focused treatment.

Newsom’s ultimate vision for the record is much more expansive, though. The Californian’s debut, 2004’s “The Milk-Eyed Mender”, presented a striking talent, but one which was habitually bundled in with Devendra Banhart’s acid-folk caravan, or dismissed as a shrill, medieval Björk. In fact, Newsom is anything but whimsical and naïve, and she studied classical composition at college (amusingly, she seems faintly ashamed of being unable to read 35 musical parts on a score at once). Inspired by Van Dyke Parks’ 1968 baroque marvel, “Song Cycle”, she convinces Parks to work on orchestral arrangements which will orbit her harp and voice.

Newsom and Parks collaborate for six months, preparing the score. When the rich instrumentation is added, it chases Newsom and her harp across wild terrain, gusting around her melodies, emphasising the high drama of these five remarkable songs.

Still, though, the project continues. Jim O’Rourke fastidiously mixes the recordings, surely aware of their kinship with the work of Judee Sill, one of his heroes. A cover painting in the style of the Pre-Raphaelites is commissioned, with an inscrutable Newsom holding a sickle and a cosmia moth. A title is found: “Ys”, pronounced “Ees”, the name of a mythical Breton city that was flooded as punishment for the decadence of its inhabitants.

Certainly, “Ys” is a lavish album, and it’s easy to assume that Newsom has been excessively decadent herself. Conceived on such a vast scale, the potential for self-indulgence is massive. There’s a risk, too, of prog folly: Pre-Raphaelite homages loaded with obscure symbolism can easily look like Marillion covers; a brisk Googling reveals Ys to be the name of an online fantasy game.

But for the 56 minutes that “Ys” lasts, all the doubts evaporate. Every elaboration has a purpose, every labyrinthine melodic detour feels necessary rather than contrived. Tempting as it is to fixate on the gilded reputations of her associates, this is unequivocally Newsom’s album. It’s her ambition, her saturated images, her bloodied stamina behind it all. Uncut’s editor compares “Ys” to Nico’s “Marble Index”, for its astonishing single-mindedness, the sense – notwithstanding those collaborators, that orchestra – that this is a hermetic, determinedly personal trip.

What’s immediately arresting is Newsom’s wholehearted engagement with life and love: vivid, fleshly, rapturous. Not for her the vagueness of most supposedly pastoral songwriters. If anything, the meticulous evocations of nature are closer to another 19th Century American writer, Henry David Thoreau. Newsom also has lovely taste in words – “sassafras”, “meteoroid”, “hydrocephalitic”, “spelunking”, “inchoate” – and she savours every one.

The environment, spiritual and physical love are intertwined. “Push me back into a tree,” she demands in “Sawdust And Diamonds”, the one track where voice and harp are unadorned by Parks’ curlicues. There’s an earthiness here, too, which proves Newsom is nothing like the winsome damsel who critics have previously fetishised. That some of these ecstasies may be directed towards her boyfriend, Bill ‘Smog’ Callahan, adds an extra frisson to the backstory – how striking the contrast between this unabashed passion and the devious, novelistic lyrics of Smog.

Newsom’s narratives could not be more different: “When I cut your hair, and leave the birds all the trimmings, I am the happiest woman amongst all women,” she sings in “Only Skin” (her vocals, incidentally, are much less mannered than on “The Milk-Eyed Mender”). Even when she tackles mortality, she does so with vigour: “Life is thundering blissful towards death,” she incants, later in the same song.

Once you’re hooked, “Ys” reveals a new highlight with every listen. Today, two passages stand out. The first comes near the end of “Emily”, after around 11 minutes: as Newsom’s voice fades away, the strings become sombre and staccato, and she seems awed, meditative, stunned by the enormity of what she has created. The second is 13 and a half minutes into “Only Skin”, a song extraordinary even in this company. A banjo and Bill Callahan’s lugubrious baritone shadow Newsom, by now multi-tracked and moving with a seasick roll that recalls Kate Bush on “Army Dreamers”.

“If the love of a woman or two, dear, could move you to such heights,” she concludes, “then all I can do is do, my darling, right by you.” All we can do, of course, is play it again and again. What began as Joanna Newsom’s obsession can easily become a listener’s obsession, too.