Jim White – Where It Hits You 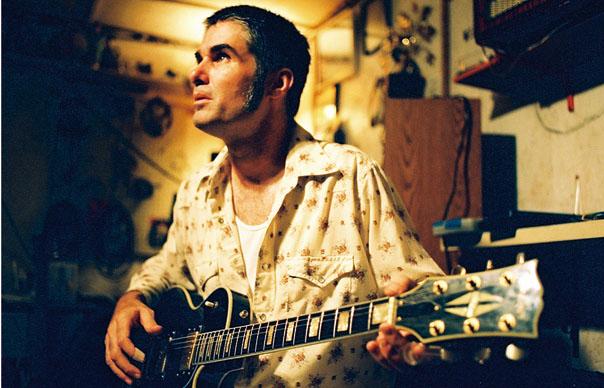 Jim White’s extraordinary first two records, 1997’s Wrong-Eyed Jesus! and No Such Place (2001), were modern signifiers of a new kind of Southern gothic, drawing deep from tradition yet riven with the existential dread of a fallen punk. Since then White has immersed himself in all manner of creative endeavours, often with like-minded souls. There have been art projects, gallery exhibitions, books, theatre scores and musical collaborations with Johnny Dowd and Tucker Martine in bands with names like Hellwood and Mama Lucky. The results have never been less than interesting, sometimes inspiring, but at times you still hanker for the intense mindtrips of those early solo albums.

Now along comes Where It Hits You. It’s tempting to read more into the back story of this record than is perhaps pertinent, but its often ominous, heart-ravaged tone may have something to do with the recent upheavals in White’s life. Cut loose by longtime home Luaka Bop, he suddenly found himself label-less and with very little budget. Then halfway through recording, his wife left him for another man. There’s a genuine sense of loss, and certainly anguish, in the resigned feel of “That Wintered Blue Sky”, while the gentle country shuffle of “Epilogue To A Marriage” bemoans the fact that even “on the best of days, still there’s hell to pay”.

Which isn’t to say that this is some maudlin break-up record. Its overriding sentiment is instead one of temperate defiance and musical uplift. The addition of various back-up singers and musicians, including Centromatic’s Will Johnson and a strong contingent from Olabelle, bring a lovely Southern gospel vibe to “State Of Grace” and a skinny groove to “Here We Go”. At other times White’s delicate incantations are seasoned by banjo and crying steel (“The Way Of Alone”) or, as on the baleful “Sunday’s Refrain”, tiny squeals of electric guitar and jazz trumpets.

White has not only fashioned a terrific album from less than ideal circumstances, but one that finally feels like a worthy successor to No Such Place.
Rob Hughes