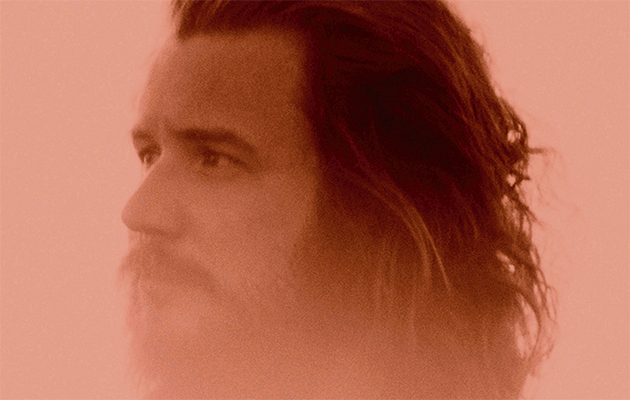 As rock’s catalogue becomes ever more expansive and complicated, the album of cover versions is no longer seen as the last refuge of the showbiz sellout suffering from writer’s block. Instead it has become an easy way to connect with the rock canon and a portal into the artist’s own influences, as with Bowie’s Pin Ups or Nick Cave’s Kicking Against The Pricks.

Jim James has a long history with the cover version. With My Morning Jacket, the Louisville band with whom he’s made his name in the past 20 years, he performed more than 60 of them. Some ended up on albums and B-sides – a mournful guitar-and-voice version of Elvis Presley’s “Suspicious Minds”, an echo-laden acoustic reading of Elton John’s “Rocket Man” – while dozens more were performed live. As well as large helpings of Gram Parsons, Bob Dylan and The Band, James chose a fascinating selection of soul standards (by Curtis Mayfield, Lionel Richie, Kool & The Gang and Bobby Womack), metal anthems (by AC/DC, Blue Öyster Cult, Poison and Black Sabbath), country faves (by Willie Nelson, Johnny Cash and Dolly Parton) as well as more arcane choices by the likes of Danzig,  The Misfits and Erykah Badu.

He’s continued this side-career as a solo artist, usually recording privately in his home studio. In 2009 he released “Tribute To”, a six-track EP of primitive, echo-laden guitar and vocal versions of songs by George Harrison; three years later came some tracks for an album of Woody Guthrie covers. Tribute To 2 is a richer and more complete collection than either.

The two best songs on the album – and the pair that give the collection a narrative theme – are the opener, The Beach Boys’ “I Just Wasn’t Made For These Times”, and the penultimate track, “The World Is Falling Down”, by the jazz singer Abbey Lincoln. Both paint a dystopian picture of a world slowly slipping into chaos. On the former, James replaces Brian Wilson’s guileless tone with a demented resignation, assisted by an ominous string section and deliciously static pedal chords borrowed from the Isaac Hayes version of “By The Time I Get To Phoenix”. On the latter, redemption comes with the line “The world is falling down/Hold my hand.” Lincoln’s gospel-tinged original, from a 1990 album, is turned into a ghostly folk ballad, complete with wobbly digital manipulations.

These spectral effects are particularly evident on the versions of standards from the 1920s and 1930s. As well as a miniature, country-tinged version of Irving Berlin’s “Blue Skies”, there are two songs by the Englishman Ray Noble: “Midnight, The Stars, And You” and “Love Is The Sweetest Thing”. Both were recorded by Noble and his friend Al Bowlly, who together launched British pop’s first invasion of the States a full three decades before The Beatles. Pianist Bo Koster stays close to the original arrangement, but James – who first heard Noble’s songs on the soundtrack to Stanley Kubrick’s The Shining – plays up the spooky connotations, with a vocal performance full of owlish hoots, ghostly howls and exaggerated sibilance, as if deliberately trying to replicate an ancient 78rpm recording.

This distressed quality is also echoed with other arrangements. James uses a double-tracked voice and an echo-laden acoustic guitar to add a suitably ghoulish quality to the old Elvis ballad “Crying In The Chapel” and to Willie Nelson’s “Funny How Time Slips Away”.

Bob Dylan’s “I’ll Be Your Baby Tonight” gets a full-on Nashville bar-room treatment, complete with a lavish pedal steel orchestration and a yodelling hillbilly vocal from James, while ELP’s “Lucky Man” – a song reputed to be about Robert Kennedy – is performed with spangly guitars and a beautiful Mellotron solo.

But the most interesting revelation here is a spartan, acoustic guitar and glockenspiel version of “Wild Honey” by Diane Izzo, a Chicago songwriter who died in 2011. The song is something of a gem: a poetic meditation on Izzo’s own death, freighted with Buddhist melancholy. “Someday your chariot of air will vanish from this world of wine and bone/And then what remains of you is pure and genuine as wild honey.” It serves as a poignant but oddly optimistic headstone for an album that is wreathed in melancholy.