Jenny Hval – The Practice Of Love 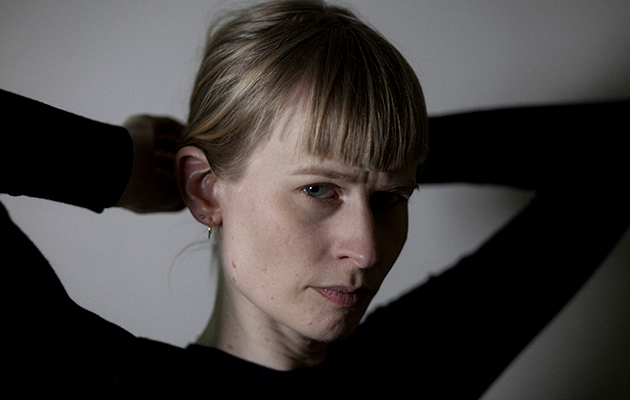 On her six albums to date, Norway’s Jenny Hval has ranted and ruminated across a broad spectrum of gender politics, religion, patriarchy, menstruation, sexualised female bodies, “capitalist clit” and “soft dick rock”. Her sonic explorations have been similarly promiscuous, expanding her indie electro-folk palette with wild swerves into avant-metal, noise-punk, free jazz and more. Like a post-laptop Patti Smith, her stream-of-consciousness lyrics are often raw and rude and bristling with carnal energy. And her wild interdisciplinary live shows are something else again, occupying a performance-art space somewhere between Peaches and Cindy Sherman.

But Hval dials down the art-punk attitude on her latest album, stepping back from visceral lust and disgust to map out a more contemplative midlife overview of intimacy, empathy, social connection and female creativity. Blending her vocals with spoken-word contributions from various friends and fellow artists – Vivian Wang, Félicia Atkinson and Laura Jean Englert – she creates a communal chorus of narrators, a sly shift away from the egocentric focus that drives most singer-songwriter music.

Most strikingly, The Practice Of Love relocates Hval’s febrile stylistic wanderlust firmly within a more soothing envelope of rippling soft synths and pulsing trance-pop rhythms. This mellifluous makeover is partly a self-conscious retro-rave homage to the Eurodance sound that Hval only experienced tangentially in her youth, but also partly a fruitful repurposing of that underrated, oft-derided genre’s warm-blooded emotional charms. The distant echoes of Robyn and the Pet Shop Boys here are as delicious as they are deliberate.

A collaboration with Wang, opening number “Lions” sets the widescreen tone with its soaring overview of a majestically lovely natural landscape. Over surging electro throbs and squelchy percussive chatter, a coolly detached Laurie Anderson-style narrator calmly catalogues the divine beauty of the trees and rivers. “Where is God?” she muses. “This place doesn’t know, this place doesn’t care…” Is celestial Humanist gospel trance techno a genre yet? If not, Hval just invented it anyway.

Set to a gauzy, gorgeous, gliding machine pulse that recalls The Orb or The Beloved in their early ’90s prime, “High Alice” muses wryly on the reputations of female artists across history. “She reaches back through centuries of old,” Hval coos over warm, brassy instrumental textures. The musical hinterland here is so Balearic, you can practically hear waves crashing softly on the beach as it fades.

The shimmering gallop of “Six Red Cannas” and the breezy tumbles of “Ashes To Ashes” sound like lost classics from St Etienne’s imperial phase, escapist dance-pop that cannot quite conceal its brainy adult anxieties. And “Accident” must surely be the most sublime song ever written about the bittersweet trade-off between childlessness and motherhood, its conversational musings washed along by swooshing synth arpeggios and rolling beats, all building towards a radiant climax of crystalline folky harmonies.

Although this synth-driven, trance-adjacent formula dominates The Practice Of Love, not every track is shoehorned into its sleek, syncopated parameters. Hval’s arty, punky, spiky side is smoothed and submerged a little, but never suppressed. Even at its most unapologetically lovely, this is dance-pop with a sharp eye and a keen mind.

“Thumbsucker”, which features Atkinson and Englert, has more of a jazzy, lullaby feel, its folksy dream narrative delivered in a breathy whisper. And the title track, with Englert and Wang on board, folds warm electronic drones around a multi-voice patchwork of meditations on love and its problematic links with religious puritanism, social heirarchy and more. As the vocal builds from a single poetic monologue to a polyphonic swirl of competing voices, the dissonant effect is oddly harmonious, like a rogue flock of podcasts flapping around each other in mid-air.

Just eight tracks long, The Practice Of Love risks being dismissed as a minor entry in Hval’s canon, especially by scholarly critics who equate dissonance and dissent with high artistic seriousness. But for anyone who enjoys a dash of shimmering disco hedonism with their feminist theory, or who simply harbours a lingering respect for the sun-drenched joy of ’90s trance techno, this album offers a richly rewarding dialogue with mainstream pop. Crucially, Hval understands well the strange, seductive, subversive potency of “cheap” music.