Triumphant, overblown return from rap’s “Bruce Wayne of the game” 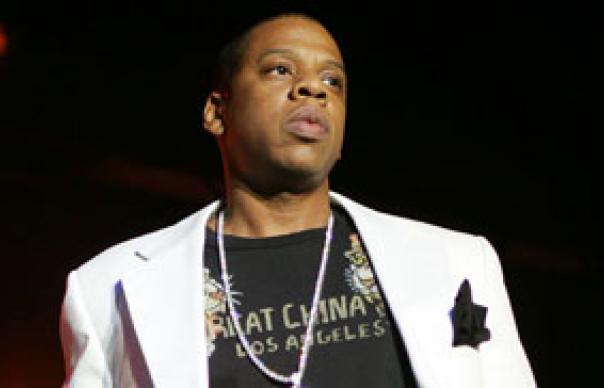 When Jay-Z announced his retirement on 2003’s The Black Album and sold out Madison Square Garden for his farewell party, few believed hip hop’s most skilful operator was gone for good.

A new day job as president of Def Jam might have stemmed his flow, but the Jigga continued to make guest appearances on records by famous friends like Beyonce, as well as bolstering the credibility of his own young signings. A sceptic might assume that the whole retirement was a Sinatra-esque piece of self-aggrandisement. But then, with Jay-Z, we can permit a little chest-beating.

With his 1996 debut, Reasonable Doubt, Shawn ‘Jay-Z’ Carter was part of a celebrated generation of New York rappers – amongst them future rival Nas – who represented a spell of extraordinary creativity in the city. Unlike his peers, though, Jay-Z refused to be limited by the doctrines of NYC hip hop. With a businessman’s nose for collaboration, he worked with a spectrum of artists and emergent producers from all over the States like Timbaland and The Neptunes. Sampling Broadway musical Annie, 1998’s “Hard Knock Life” also proved that rappers willing to compromise could open up huge markets.

Then in 2001, when a lust for publishing royalties had largely banished samples from rap, he released The Blueprint. With the help of producers Kanye West and Just Blaze, the album took a passion for soul and painted it in exaggerated Technicolor. Flush with samples, The Blueprint combined a thirst for the future with an artful reconfiguration of black musical past. In the hands of an arch populist like Jay-Z, rap suddenly made sense to a host of listeners previously excluded by the music’s arcane rituals.

The premise behind Kingdom Come, fairly predictably, is that he has been forced to cut short his retirement because hip hop needs him back. Whilst a gift for converting arrogance into entertainment has always been one of Jay-Z’s strongest suits, Kingdom Come skirts perilously close to the showboating that marred 2002’s bloated double album, The Blueprint 2. In places, it strains under the weight of auditions from Def Jam debutants and guests like Usher and Beyonce. Even Chris Martin joins in to produce and voice its most unlikely moment, “Beach Chair”, on which both he and Jay-Z overstretch themselves on each other’s turf.

But a familiar board of creative directors save the day. Dr Dre helms five tracks, and his unusually organic productions lend charm to the likes of “30 Something”, a celebration of advancing years delivered by Jay-Z with an irrepressible glint in the eye. Just Blaze contributes a brilliant opening trio, including the title track which deftly reclaims Rick James’ “Super Freak”sample from MC Hammer’s “U Can’t Touch This”. The Martin misfire apart, there’s no attempt at reinvention here: with such dazzling wordplay and production fireworks on display, Jay-Z could keep this up ‘til Kingdom Come. Permanent retirement, you suspect, is still a long, long way away.