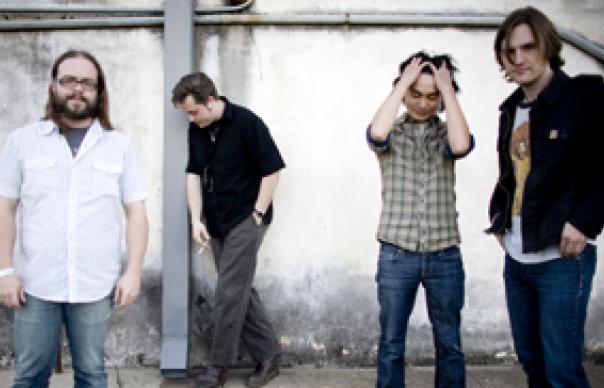 As the third-string songwriter in The Drive By-Truckers, Jason Isbell had an enviable gig. For six eventful years and three magnificent albums, all that was required of him, with the prolific Patterson Hood and Mike Cooley contributing most of the material, was the odd carefully burnished gem. These, Isbell delivered – among them the title track of 2003’s classic Decoration Day and that album’s clear highlight, the careworn, hilarious, father-to-son lecture “Outfit”.

Isbell outgrew the arrangement – and also, it seems reasonable to assume, the novelty of touring in the same band as one’s ex-wife (DBT bassist Shonna Tucker). He left the Truckers and made his solo bow with 2007’s Sirens Of The Ditch, a frustratingly uneven album which contained the best thing Isbell had written to date (the stunning “Dress Blues”, a bitterly eloquent elegy for a school acquaintance killed in Iraq), but was burdened by much lesser stuff that might have struggled for space on a DBT album: the question of whether Isbell was cut out to be a solo artist remained an open one. Not any longer. Isbell’s second studio album redeems his promise in spectacular fashion, though a slight retreat from the spotlight is an important reason for this.

It is telling that Isbell’s touring group, The 400 Unit – named after a psychiatric facility in Isbell’s native Florence, Alabama – are elevated to equal billing in credits and title: this sounds like it was made by a confederation of equals, the curious employment of a session drummer notwithstanding. Though the songs – and that fabulous, wracked drawl of a voice – are recognisably Isbell’s, The 400 Unit impose themselves confidently: the keyboards of Derry deBorja (ex-Son Volt) are especially commanding, recalling the backdrops created by Drive-By Truckers collaborators Spooner Oldham and Booker T Jones.

This is best thought of as ‘country soul’. Isbell’s words, in style and content, are old-school tears-in-the-beer laments, deftly lightened by exquisite deadpan payoffs: the stumbling barfly of “Streetlights”, who thinks “I blocked just a park away, but I can’t really say”; or the haplessly besotted wastrel of the Tom Waits-like “Cigarettes & Wine” reminiscing that “She kept me happy all the time/I know that ain’t much of a line/But it’s the Gods’ own truth”. The 400 Unit’s music, however, forsakes pedal steels and strings for those grand, gloomy keyboards of deBorja’s, guitars both delicate and destructive – “Good” and “However Long” rock like Slobberbone or The Damnwells – and, on the adulterer’s confessional “No Choice In The Matter”, pugnacious horns summoned straight from Muscle Shoals (this was recorded at the same Shoals studio, FAME, as any number of cuts by The Allman Brothers and Wilson Pickett, whose ghosts are prominent here).

Whether encouraged by the triumph of “Dress Blues”, or fuelled by other preoccupations, Isbell is again at his best when contemplating the intersection of those two realms of endeavour in which all is said to be fair. On the knelling ballad, “Sunstroke”, he scourges himself and a vexatious paramour for their insistence on creating further strife in a world full of people who can’t avoid it, along with all other such self-dramatising grandstanders “who sleep while the soldiers get sunstroke/And make little fools of ourselves”. And “Soldiers Get Strange” is a brilliantly effective sketch of the derangement of a returning serviceman. The 400 Unit sound like Tom Petty’s Heartbreakers, Isbell’s staggering veteran like a man who can no longer see life unless it’s defined by death (“Maybe you’ll re-enlist/It couldn’t be worse than this”). The song, much like the rest of this terrific album, is an acknowledgement that while love is assuredly a battlefield, a battlefield, in its way, can almost offer love.

Why did you decide to credit The 400 Unit so prominently?

Sirens Of The Ditch was more of a solo project – I just used whoever I could find. But I’d been touring for a couple of years, and found quite a cohesive group of people, and they contributed quite a bit. Rather than me dictating, I’d play the songs and they’d come up with the arrangements.

You’ve a big soul sound here. Is that a consequence of recording at FAME studios?

It definitely didn’t hurt. Being in that room does put you in that mindset, but that was how the songs presented themselves – and it’s what I listen to and what I write most. It wasn’t something we did on purpose, but I’m sure the atmosphere added to that.

Post-Truckers, do you find yourself writing about different things?

The goal is still the same as what it was. When I was writing for the Truckers, I knew there was a certain thing we had as a group, so that would put me in a storytelling mode, and leaning towards Southern-oriented topics and sound. In this band I don’t feel that pressure. I can make any kind of music. But the material isn’t difficult to find. I write a lot. What’s hard is pacing myself for shows – to sing for two hours.