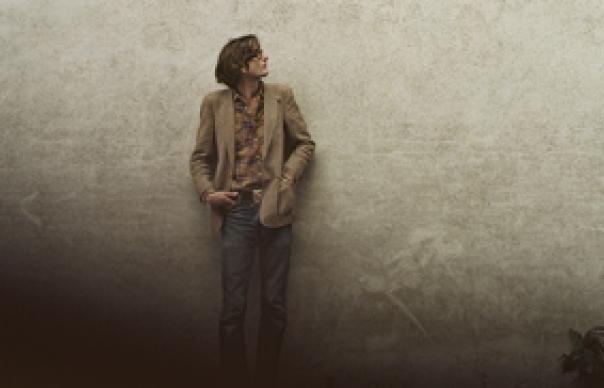 Jarvis Cocker’s solo debut is not so much a curate’s egg as a game of two halves. The first “side” triggers a sinking sensation reminiscent of hearing Morrissey’s “Kill Uncle” for the first time in 1991: has our hero truly lost his touch?

From the cursory intro-instrumental “Loss Adjuster”, through the ’70s plod-rock of “Don’t Let Him Waste Your Time” to the clumsy corn of “Heavy Weather” (Jarvis in “timeless power of cliché” mode) and “I Will Kill Again” (Jarvis in “MOR with a heart of darkness” mode), it’s all dismayingly unconvincing and lacklustre in execution – even though the band features Pulp’s Steve Mackey on bass and Richard Hawley on guitar.

Aiming for third Big Star-style wrecked majesty but ending up closer to half-finished Nilsson, “Black Magic” does at least feature some clever production touches. Whereas the plinky, glockenspiely arrangement of “Baby’s Coming Back To Me” is worthy of, ooh, Side Two of “‘Til The Band Comes In”.

Then something changes. “Fat Children” is the pivot. Unpromising at first, with its club-footed indie stomp-rock and opaque lyric about psycho youth (redolent again of shite-period Moz), the song blossoms with the dreamy coda’s wordless wails and incandescent guitars. A hilariously mordant whinge at humanity’s worthlessness, “From A To I” predicts the fall of Western civilization and points the finger at every last one of us: “Evil comes from I know not where/But if you take a look/Inside yourself/ Maybe you’ll find some in there.”

Its shimmery epic-ness not a million miles from the Verve’s “The Drugs Don’t Work”, “Tonite” also argues that change starts with the individual: “You cannot set the world to rights/But you could stop being wrong/Oooh, tonight” – this wracked “oooh”, mingling contempt and compassion, anguish and hope, being something of a Cocker trademark. “Disney Time” recalls Milan Kundera’s contention that kitsch is “the refusal to admit shit exists”. It’s the shittiness of the world, Cocker notes, that makes us take shelter in feelgood movies and infantile happy endings.

“Julie” is prefaced by the opening sentences of Carson McCullers’ The Member of the Wedding, a novel about a 12-year-old girl undergoing an existential-sexual crisis triggered by the wedding of her elder brother (who just happens to be named Jarvis, an unlikely moniker for the 1940s South). In Cocker’s “remix”, a troubled teenager with a developing body fends off sweaty lads and lecherous adults, protected by the feeling of invincibility granted her by pop music.

The best comes last, with “Quantum Theory”, which sounds exactly how everyone, deep down, wishes “The Drift” did: “Scott IV – the Sequel”. A lambent ambient-orchestral arrangement, teeming with tingling sublimimals, frames Cocker’s dream of a parallel-dimension paradise where “Everyone is happy… fish do not have bones… gravity can not reach us anymore… you are not alone.”

When he croaks the closing refrain, “Everything is gonna be alright”, Jarvis sounds broken but a believer despite himself; the cynicism and misanthropy, tinged with shame and self-loathing, that’s belched forth elsewhere on the record evaporated clean away. There’s such a distance, such a journey, between the first song and this luminous closer, it’s almost like two different albums, two different artists even.