Old obsessions get the sap rising for the Greatest Living Yorkshireman 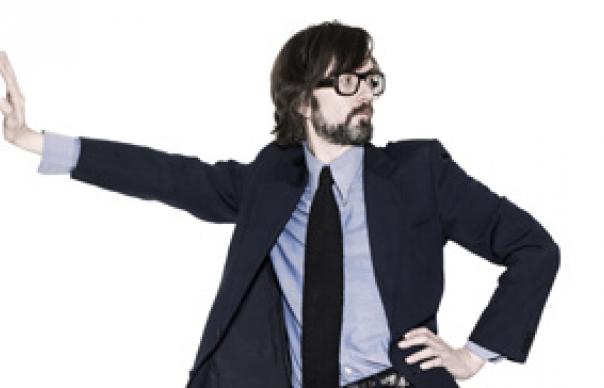 After the demise of Pulp, some of us hoped Jarvis Cocker might gracefully retire from pop. There were so many other things he seemed capable of: transforming into a quizzical documentarist; becoming the natural radio heir to John Peel, riding with a single bony arse the twin saddles of shambling provincial punk and domestic bafflement; or just gradually settling in as the Britpop Alan Bennett, unsentimentally recording his voyage into middle age with cosmic Yorkshire diffidence.

His first solo record, 2006’s Jarvis, didn’t necessarily convince us otherwise. Though it was only a hidden track, the sentiment of “Cunts Are Still Running The World” overwhelmed the album, so bitterly depressed did it seem, and so unable to dramatise this despair. So it’s a wonderful surprise that Further Complications turns out to be such a reinvigorated piece of work. Much of this freshness must be down to the working methods of producerSteve Albini – on the face of it an unlikely collaborator, but one whose unfussy insistence on recording a live band simply and quickly seems to have sparked Cocker back into life, inspired him to have a last shot at making a filthy rock’n’roll album before he hits 50.

He sets the tone on “Angela”, a classic Cocker lust song dedicated to a 23-year-old on £4.15 an hour, who provides overzealous handjobs and complimentary showers. “I feel the sap rising tonight,” he hisses. What daffodils were to Wordsworth and deprivation was for Larkin, single mums, provincial discos and seedy shags are for Jarvis Cocker. Midlife crisis becomes him. If his solo debut was about the murderous thoughts at the heart of domestic contentment, Further Complications is the sound of the dirty old man being let off the leash.

He’s fully aware of how ridiculous it might seem. “I met her in the Museum of Palaeontology and I make no bones about it,” he sighs, revisiting the opening couplets of “Common People”, on the hilarious “Leftovers”. “I said, ‘If you wish to study dinosaurs, I know a specimen whose interest is undoubted.’” The drummer can only underline things with a rimshot.
The raucous Albinified rock’n’roll also rather suits Jarvis. At times its like The Bad Seeds trying their hands at working men’s club cabaret, at others it’s like one of those confessional, tightly wasted early ’80s Lou Reed records. Surreally, on “Homewrecker!”, featuring the skronking sax of Steve Mackay, it’s the Stooges doing the Batman theme. Mostly, on tracks like the almost instrumental “Pilchard” it’s a kind of steampunk grebo, a creaking Fall, or, as Cocker puts it “a complicated boogie”. It’s tremendously enjoyable.

The stamina might not be what it was, and, by the 19th nervous breakdown of “Causcasian Blues”, the strain is beginning to show. And “Slush”, an oddly gospel number, partly inspired by a trip to the Arctic Circle and a premonition of the approaching environmental deluge, seems to belong on another album entirely.

But with the closing “You’re In My Eyes”, the album is back on track. It’s an eight-minute “disco hallucination”, of the type that was the centrepiece of those classic Pulp albums, a Proustian rush whereby a mirrorball in a provincial disco on a Thursday evening dazzles the grey floaters in middle-aged eyes. “One day my eyes will be full/A snowstorm every time I shake my head,” he sighs. “But that day is not tonight and if we keep moving – dancing tight – they might never catch us/I don’t want to lose you again.” It’s a glorious futile attempt to outrun mortality, and in a funny way it’s Jarvis singing to his own muse. Somehow, this late in the day, against all odds, Jarvis Cocker has got his groove back.