James Yorkston – I Was A Cat From A Book

Alt.folkie calms down, but still delivers some classics... 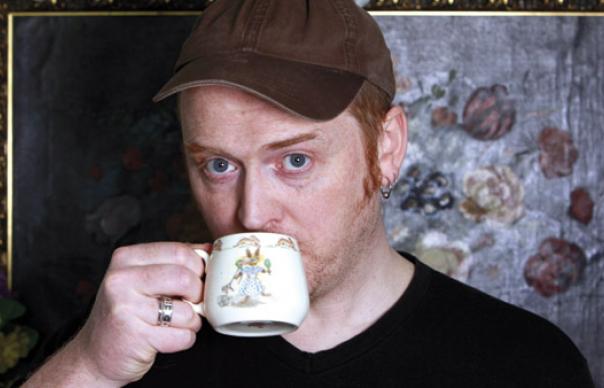 Alt.folkie calms down, but still delivers some classics…

Since the release of his debut album, Moving Up Country, 10 years ago, each new release from James Yorkston has featured only the most finely nuanced stylistic variations. The Fifer and erstwhile member of the Fence Collective has cornered the (small, organic) market in rueful, ale-stained poetry, lovingly muttered over folkish tunes that roll and creak like some old galleon.

At first hearing, his first album of new material since When The Haar Rolls In (2008) seems reluctant to wander far from familiar terrain. Opener “Catch” is archetypal: the overlapping tumble of words, the gently unravelling melody, the warm, mossy mix of vibraphone, bass and strings, the rippling piano, redolent of Van Morrison’s Avalonian ’80s recordings. All are quintessentially Yorkston.

Yet delve deeper and there is change, and perhaps progress. For a start his semi-regular band The Athletes have scattered (it’s Olympic year, after all), replaced by a new cast of collaborators. The change in personnel has encouraged a shift in musical priorities. Where Yorkston’s last album was precisely drawn, the follow-up is looser and less beholden to strict arrangements, and more willing to let the musicians dictate the pace. It’s a fair exchange.

If there’s nothing here as epic and truly breath-snaring as the title track on When The Haar Rolls In – though “Catch” and the beautifully poised “Sometimes The Act Of Giving Love” come close – within Yorkston’s established parameters I Was A Cat From A Book roams further than perhaps any of his previous records. It’s an album of gentle extremes, in both mood and style. On “The Fire And The Flames”, Jon Thorne’s double bass rumbles and saws but everything else is encased in whispers, Yorkston’s voice recalling Thom Yorke in its quavering intensity. It’s both unsettling and immensely powerful. “This Line Says” is another slow crawl, sinister and vaguely malevolent, stitched together with violas and violins. Only rarely in the past has Yorkston summoned up such dark drama. In contrast, elsewhere he’s at his most playful and happily abandoned. “Border Song” is positively frantic, a headlong rush into adventure set to drunken woodwind, skipping piano and skittish drums. “Just As Scared”, a nimble little duet with Jill O’Sullivan, is wonderfully light on its toes, with a hint of The Lovin’ Spoonful at their most carefree in the breezy clarinet and bobbing rhythm. “Spanish Ants”, meanwhile, is as entertaining as it is impenetrable.

Never the most versatile singer, Yorkston frames his voice with great ingenuity throughout, skilfully weaving together contrasting textures. On “Kath With Rhodes” (one of those bluntly literal titles: it features Kathryn Williams and a Fender Rhodes), violin, clarinet and harmonium mingle with soft-pedalling electronica to create a shuffling, insistent soundscape for his typically engaging words. Yorkston has become a truly masterful lyricist, forever suggesting intimacy and revelation through forensic detail while leaving the wider picture nicely fuzzy. When he does finally opt for directness, it’s to address the fearful spectre of illness striking far too close to home on “A Short Blues”, a devastatingly simple lament at unflinching circumstances. “I hear that a dear old friend has passed/Taken by the same thing that has its claws in you/But I remember times when we felt nothing but the sun upon us”.

On the closing “I Can Take All This”, a kind of folk-punk valediction which is both defiant and defeated, Yorkston sings of “feeling very mortal right now”. He sounds it, too – but thrillingly so. Although I Was A Cat From A Book may find him loosening his belt ever so slightly, when it comes to weaving frailty and truth into a warmly affirming musical tapestry, Britain’s premier Peat poet is sticking firmly to his guns.
Graeme Thomson

Q+A
James Yorkston
Why go for a looser approach this time?
In the past I’ve spent a long, long time on arrangements, but I’ve learned that more relaxed sounds can be as rewarding. I relied a lot on the ingenuity of the musicians.

How did you pick the musicians?
Some of The Athletes were too ill to play. I’d fallen out with some of the others, so I needed another band. I’d done some sessions with Jon Thorne, the bass player, and he recommended Luke Flowers and John Ellis. I hadn’t even met them before we arrived at the studio! It was a roll of the die, but I knew the songs were strong.

Where did the album title spring from?
From my little girl. She comes through in the morning and says, “What did you dream about?” So I make something up: “I dreamt I was hungry.
I had to go downstairs, and when I got there the room was full of satsumas.” Then I ask what she dreamed about. She says, “I was a cat in a book”, and I have to guess what cat she was. I like it.
It has meaning.
INTERVIEW: GRAEME THOMSON