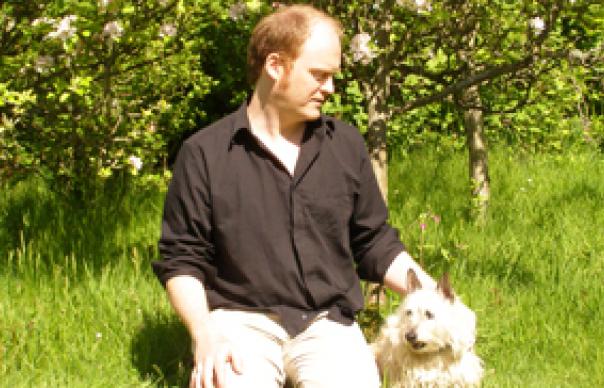 The Fence Collective: it sounds like a committee of concerned property owners rather than a hotbed of cultural activism, but the micro label from Fife has left quite a mark on modern music since its inception a dozen years ago. The credo adopted by Fence founder Kenny Anderson, aka King Creosote, was straight from the punk handbook – “We write our own songs, we release our own records, we stage our own gigs” – but as important has been the sense of family and mutual support that Fence has generated.

That spirit has nurtured new talent – take a bow KT Tunstall – rescued the bruised career of the Beta Band, and coaxed James Yorkston to grow from journeyman rocker into a songwriter of rare poetic grace.
The 39-year-old Yorkston has been a name to watch and drop ever since his 2002 debut, Moving Up Country, but on last year’s (fifth) album, When The Haar Rolls In, he raised his game, creating a gentle song suite that slipped between acoustic folk-rap and Brittenesque evocations of landscape, notably on the title track. Clearly sensing the record was a personal landmark, Yorkston and Domino released it in multiple formats, including deluxe editions with other people singing Yorkston’s songs and an album of remixes, all of which reflects another virtue laid down by Fence; playful profligacy.

So it’s no shock to find Yorkston parking his customary band, The Athletes, for a strategic alliance with a group led by James Green, the Leeds musician with whom Yorkston shares a passion for ’70s Krautrockers. This time, too, his attention is entirely on other people’s songs, principally the canon laid down by ’60s folkies like Dolly and Shirley Collins, Anne Briggs and Nic Jones, though with forays into Ireland and Galicia.

In some ways Folk Songs completes a 2001 project, an album of traditional material that Yorkston recorded but shelved, its contents dribbling out on subsequent albums and EPs. Here he tackles a new set of vintage material, led by a trio of songs he first encountered via English singer Anne Briggs. It’s Briggs, young-tearaway-turned-middle-aged hideaway, who above all awoke Yorkston’s folkie within, after he had borrowed her eponymous album from the library purely because “she looked so bonny on the cover”.

Being inspired by a larkish solo voice like Briggs clearly poses problems for a self-styled “gruff Scot” of limited vocal range. Yorkston has circumvented his limitations by singing within his comfort zone, and framing his vocals with clever arrangements. He’s also borrowed something from Bert Jansch, another supporter; Yorkston isn’t as intense as Bert (few are), but he has the same mournful intimacy. When these guys tell a tale, you tune in. Though it’s antique songs in play here, Yorkston uses much the same techniques he applies to his own songs. On the poachers’ ballad “Thorneymoor Woods” he builds a wash of sound that strays progressively from the straight-ahead start until the piece is adrift in a gently bleeping sea of psych-folk.

Instrumental excitation versus his quiet, lyrical burr is a trick Yorkston’s grown adept at employing. The opening “Hills Of Greenmoor”, another Briggs favourite, has stately string choruses set against a thrumming James Green bassline borrowed from Can’s cookbook. “Mary Connaught & James O’Donnell” is given a racy, Poguesish treatment and “Low Down In The Broom”, handed on by Eliza Carthy, is taken at full gallop. There are also times when Yorkston is happy to leave well alone. “Just As The Tide Was Flowing”, come down via the Collins sisters, is left fragile and brief, and “Sovay”, the story of a highwaywoman who holds up her sweetheart, is slow and mournful.

The LP flows easily through history. Wherever you land, there’s sure to be unexpected instrumentation going on; a murmur of pedal steel on “Rufford Park Poachers”, a tangle of harp on “Low Down In The Broom”. Yorkston may have set aside his “personal muse” for a moment, but Folk Songs is still part of his rich re-imagining of our heritage.


UNCUT: What is the magic behind Fife and the Fence Collective?

JAMES YORKSTON: It was making music with the certainty that no-one was going to buy it. So there was no pressure, we could just follow our muse.
…The Haar Rolls In marked a step-up in your output.
All the records are pretty good! I’ll admit that …Haar is my favourite, though.

You’re playing with a new band on this one.

James Green gave me a copy of his CD and I really wanted to work with him. Big Eyes are an amazing group who do lush, melodic pieces, almost soundscapes. That had some influence on how Folk Songs sounds, though to be honest, I’ve been playing these songs for years and had the arrangements ready, so James was a little boxed-in.

I don’t know much about Scotland but I’m amazed at the rejuvenation of English folk scene.

The musicians up here are very young, teenagers, and I’m talking about the real traditional people. It’s all a long way from that indie rock scene.

How come this record has so many English songs?

I’m not sure. I used to regard English folk as staid, but hearing Anne Briggs really opened it up for me, and through her I discovered Martin Carthy, the Watersons and the rest.

It’s still thought eccentric in some quarters to sing songs of such antiquity. Are they relevant?

These songs have endured for a reason. It’s the cruddy stuff that dies out.

What else are you up to?

Issue 1 of Loops, a collaborative journal between Faber and Domino, includes one of my tour diaries. And I’ve just done a version of “Nottamun Town” for a b-side. I see it as a nonsense song, in the best meaning of that term.