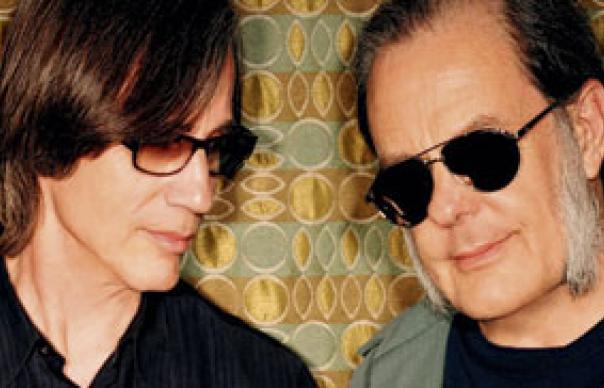 Jackson Browne’s self-titled first album introduced a 23-year-old artist whose sensibility was already so advanced that he was immediately singled out as the quintessential singer/songwriter of the Laurel Canyon school. The LP came out in January 1972 to a chorus of critical hosannas, including my own gushing review in Rolling Stone. “It’s not often that a single album is sufficient to place a new performer among the first rank of recording artists,” I wrote – accurately, as it turned out.

Touring solo behind the album, the fledgling performer, as boyish as his image on the album cover, sang with disarming sincerity, deriving in no small part from the courage it took for him to stand in front of a room full of people and share his intensely private songs. The next time he hit the road, Jackson brought protection in the elfin form of David Lindley, a former member of eclectic LA folk-rock group Kaleidoscope, whose playing on a variety of stringed instruments proved to be the perfect complement to Browne’s voice and songs. On stage together, they enlivened the material in a way Jackson hadn’t been able to do by himself, and Lindley’s song-serving virtuosity deepened the impact of the captivating follow-up album, 1973’s For Everyman.

Browne and Lindley’s shared history makes the former collaborators’ reunion on a 2006 tour of Spain a big deal for discerning fans. What’s more, several of the songs Browne chose to revisit are from records on which Lindley didn’t appear, enabling the onetime partners to see what they could bring to the more recent material in tandem. The resulting performances are less renderings than transformations – including a bittersweet “I’m Alive” from the 1993 LP of the same name, a gossamer “For Taking The Trouble” from 2002’s The Naked Ride Home and a Kaleidoscope-like exotic spin on 1996 message song “Looking East” featuring Lindley on oud.

Theirs is a symbiotic partnership. In its time, that has encompassed the gorgeous and gut-wrenching breakup album Late For The Sky (’74) the expansive commercial breakthrough The Pretender (’76) and the laid-back yet wired live document Running On Empty (’77). Lindley’s presence throughout the 17-song selection of material here restores an organic liveliness not heard in Browne’s music since Running… Working primarily as a three-piece with percussionist Tino de Geraldo, they generate high-octane grooves (Lindley’s fleet violin transforming “Take It Easy” into a sort of Tex-Mex reel) and palpable moods (a liquid “Call It A Loan” from Hold Out, a sublimely sad “Late For The Sky”), and ramping up anticipation for the duo’s UK tour.

The tour documented here is an exercise in bilingual social networking, as Browne brings a number of guest artists on stage to play and sing. Lindley is also provided with ample opportunity to exhibit his jocular and not at all introspective stage persona, barrelling through “Mercury Blues” from his Browne-produced 1981 LP, El Rayo-X, followed by the title tune. Toward the end of Disc 2, he does a delightful doo-wop falsetto vocal in a duet with Jackson on a medley of the Mickey & Sylvia chestnut “Love Is Strange” and Maurice Williams’ “Stay”, the latter of which ended Running On Empty.

On his two-volume ‘Solo Acoustic’ series, Browne reminded us of the undiminished eloquence and beauty of the music he made in his twenties. Here, on Love Is Strange, with a crucial assist from Lindley, he fluidly unifies his entire body of work. The LP enables the veteran singer/songwriter to take care of some long-unfinished business, to get things lined up properly. This is what closure sounds like.
Bud Scoppa