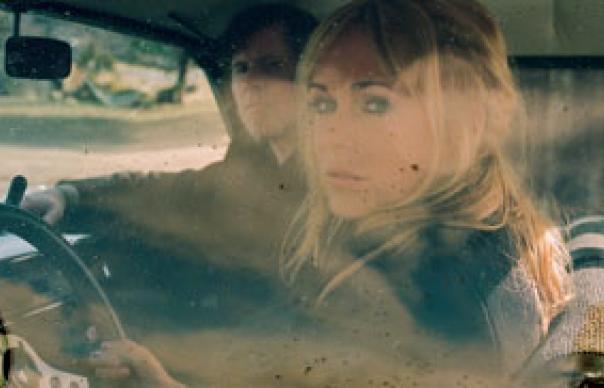 Much of the initial mileage in the collaboration between Isobel Campbell and Mark Lanegan derived from its sheer incongruity.

Who wouldn’t be fascinated by the one-time cellist in the artfully arch Belle & Sebastian embarking on an archaeological retrieval of the ghosts of Americana with the drug-damaged dark star of Screaming Trees and Queens Of The Stone Age?

Not only that, but the collaboration subverted the template of Lee and Nancy and Cave and Kylie, in that for once the female partner was the creative puppeteer. If nothing else, the unlikely backstory ensured we were all bound to sit up and pay attention. But though their first two albums, Ballad Of The Broken Seas and Sunday At Devil Dirt, had their sublime moments, just as often the pair seemed too content to play on their obvious contrasts (the innocent and the profane, the sweet and the sour, the whisper and the growl) rather than grabbing the material by the scruff of the neck and creating something that transcended its immediate context.

In this respect, Hawk constitutes a breakthrough. Recorded in America, Denmark and Scotland, it’s less inclined to rely on atmosphere alone. Although the pairing remains essentially a contrived construct requiring some suspension of disbelief, after the tentative, dust-dry settings of Sunday At Devil Dirt, the songs here are stronger, the arrangements fuller and more ambitious, and as a consequence the music strikes a much more convincing note.

Pleasingly, the reference points are scattered to the winds. The breakneck jump-blues of “Get Behind Me”, a bastard hybrid of Ryan Adams’ “To Be Young” and Dylan’s “Tombstone Blues”, folds into “Time Of The Season”, an emotional tour of duty encompassing King’s Cross, Birmingham and Amsterdam in which the sweeping Nashville strings and gentle finger-picking groove echo Glen Campbell’s “Gentle On My Mind”.

Hawk is very much Campbell’s baby. As well as producing and arranging, she wrote all the songs apart from Townes Van Zandt’s “No Place To Fall”, cut here as a touching duet with “Oxygen” songwriter Willy Mason, its deathly stillness punctuated only by slivers of Appalachian fiddle. In contrast, Lanegan slipped into town for a few days to play the wasted, no-good boyfriend, cannily aligning himself to a woman who’s prepared to do all the hard work on his behalf.

He may be a hired gun, but he’s a deadly one, and all the marquee moments belong to him. On the relentless “You Won’t Let Me Down Again” he’s like a murderous dog on a leash, shackled to a hellbound riff that never quite finds peace. His quiet desperation burns into the grooves of “Come Undone”, a moody, minor chord Southern soul ballad pitched between Nina Simone’s “Feeling Good” and “Come On Over (Turn Me On)” from Sunday At Devil Dirt, while he lends an unlikely tenderness to “Eyes Of Green”, a lilting campfire strum beamed in from another age.

Lanegan sits out five of these 13 songs, with mixed results. Campbell brings a real intensity to “To Hell And Back Again”, its hazy wash of acoustic guitars and distant drums recalling the slo-mo fireworks of Mazzy Star’s “Fade Into You”, but she fails to ignite the slight “Sunrise”. The title track, meanwhile, is an unhinged blues instrumental that sounds like an outtake from Exile On Main St, and though it’s a throwaway you sometimes yearn for a similar lack of restraint in the vocal performances. Despite the fact that they’re both rather one-dimensional singers – she the eternal whisperer; he the drowsy wolf – Hawk feels like a triumph. Taking its musical cues from Dylan’s Pat Garrett And Billy The Kid, the closing “Lately” offers an embarrassment of riches. Over a rousing gospel backing and sweaty Hammond, Lanegan heralds the promise of wedding bells and his ship – finally – coming in. It’s a wonderfully uplifting finale to a finely conceived record, an eloquent testament to an unlikely partnership that’s only now delivering its full potential.
Graeme Thomson

Q&A – ISOBEL CAMPBELL
How did the recording of Hawk come together?
I wrote most of the songs in three months, locked away in a house in Arizona. I came back to Glasgow and in two weekends we threw down the bare bones, then I added more stuff in Denmark, Los Angeles, Dallas… It was an adventure – my hard-drive was a complete mess!

Did you and Mark record together?
After the Glasgow sessions I went off to the States to meet him. We mostly worked on his vocals, but I would often sing a guide vocal and sometimes I’d keep that. I was working on the record for about a year and a half, and he was in the studio for five days, then two other days. He said that he lets me do the heavy lifting. I thought, “Yeah, you do!”

Why did you draft in Willy Mason?
Mark said he didn’t want to sing “No Place To Fall” because he’d sung a Townes Van Zandt song on another record. I was like, “That backing track is really good, don’t do this to me…” One of my engineers works with Willy a lot and suggested I contact him, and finally I did. He emailed me a rough mix of the song the next day and I loved it. I’d like to work with Willy a bit more.
INTERVIEW: GRAEME THOMSON