Iron And Wine – The Shepherd’s Dog

Floridian folkie Sam Beam relocates to Texas and gets rhythm 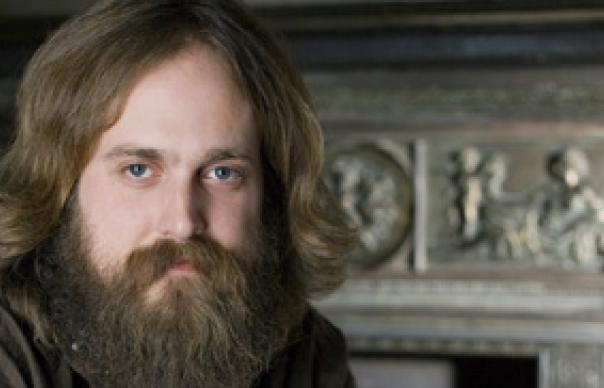 The advance publicity for ‘The Shepherd’s Dog’ brought comparisons with Tom Waits’ ‘Swordfishtrombones’. The similarities were not supposed to be literal: I&W’s Sam Beam hasn’t abandoned Southern folk in favour of funeral elegies for circus dwarves. But he has recast his music, adding rhythms and a fullness of sound which was not evident on his sparse debut, ‘The Creek Drank The Cradle’ or its marginally more lush successor, ‘Our Endless Numbered Days’.

It is, by any measure, a quiet revolution. Even when extending himself, Beam still sings in a breathy whisper, and when his band pull out the stops (see the boogie-woogie of The Devil Never Sleeps) they do it with such delicacy that they are more reminiscent of Belle and Sebastian returning from a hard day’s bell-ringing than refugees from Waits’s broken-backed beatnik dystopia.

As well as the shadings offered by Calexico’s Joey Burns and some lovely pedal steel from Paul Niehaus, the album is warmed by a breeze of psychedelia, while Beam’s debt to Paul Simon is most obvious on “The Boy With A Coin”, which has the rhythmic snap of ‘Graceland’. Still, it is a surprise, half way through “Wolves (Song of the Shepherd’s Dog)”, to realise that the gentle strumming has morphed into something approximating reggae, and from there to a kind of smokeless dub.

If anything, the fuller sound makes it harder to decipher Beam’s intentions, but a gnawing sense of dislocation is detectable in lyrics apparently inspired by the re-election of George W Bush. The cocktail works beautifully on the closing “Flightless Bird”, American Mouth; a lullaby to alienation. But the album’s masterpiece is the gorgeously sensual “Resurrection Fern”, named after a creeper which grows on oak trees in the South, and seems to die on the branch before bursting back to life. In the midst of his despair, evidently Sam Beam found hope.

UNCUT: Was the record inspired by US politics?

SB: “I was confused because I thought Bush would lose the election. It was unsettling, but it’s a helpful thing when you’re trying to do creative work – this idea that you don’t really understand; that what you thought was real is not real. So trying to make peace with whatever situation I was writing about gave way to not finding the peace and being OK with it.”

It’s surprising to hear some dub effects – no one would have guessed you were a King Tubby fan.