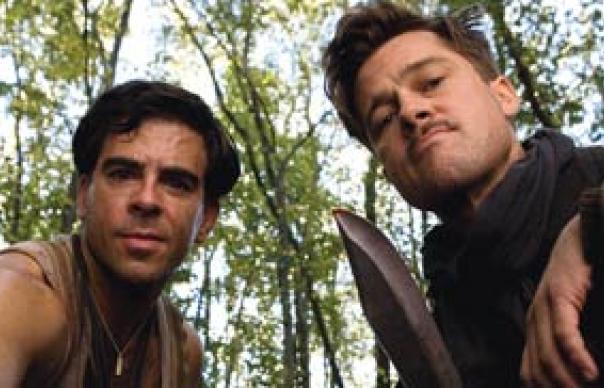 As his team includes Hostel director Eli Roth, you can imagine extreme prejudice is deployed. But overall, Inglourious Basterds is more elegant and talky than it is bloodthirsty. Strangely, breaking the film up into a series of dialogue-dominated chapters makes it feel more like a stage drama than an action flick, and the ‘Basterds’ themselves don’t figure that heavily.

Rather, the film offers a series of showcase slots for its international cast: notably, Diane Kruger as a regal screen goddess, Michael Fassbender (with a touch of David Niven) as a dashing English film critic turned war hero (!), and Mélanie Laurent as what you can only imagine is Quentin’s ideal woman – sassy, French and runs her own repertory cinema.

Stealing the film outright, however, is Christoph Waltz as a suavely menacing and extremely garrulous Nazi. Lively and literate, Inglourious Basterds feels fresher than any Tarantino film in a while. Even so, smart as his writing is, it wouldn’t kill him to see a blue pencil now and again.