The old survivor rages against the dying of the light 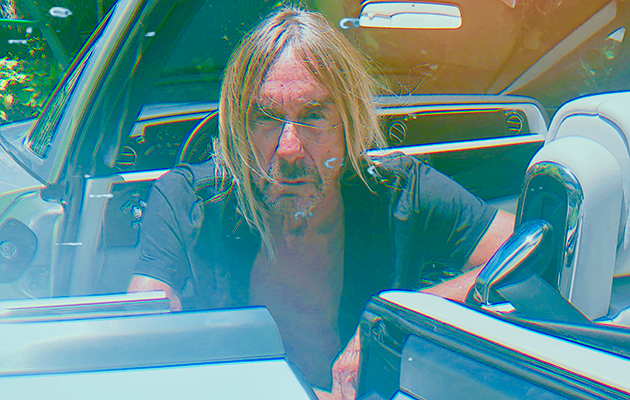 Stooge, solo artist, actor, raconteur, collaborator, lecturer, author, artist’s model, radio host, barista… Iggy Pop has enjoyed many guises during his formidable career. Latterly, though, he has taken on a new role – as a semi-retired rock star. While his last studio album, 2016’s Post Pop Depression, gave Pop the highest chart placing of his career, that success took place under the shadow of his longtime champion David Bowie, who died shortly before the album’s release. After the tour to promote the record, Pop now admits he “felt like I wanted to put on shades, turn my back, and walk away”. Fortuitously for us, retirement seems not to have suited him.

Never content to rest on his reputation, Pop collaborated with Oneohtrix Point Never on “The Pure And The Damned”, for the Safdie Brothers’ 2017 film Good Time – then, last year, teamed up with Underworld, delivering a series of avuncular monologues for the Teatime Dub Encounters album. Now, finally, Pop has returned to the studio for Free – his 18th solo record, and one that contains a revealing note to self: “To lay down is to give up,” he chides on “The Dawn”. “You gotta do something.”

Accordingly, Free begins with a sloughing off of old skin. On the opening track, “Free”, he murmurs “I wanna be free” – it’s the song’s only lyric – and you might assume that for Pop, historically a liberated performer, the freedom to create, to express and to simply be is the ultimate goal here. But also perhaps, now aged 72, he yearns to be ‘free’ of another version of Iggy Pop; his younger, wilder self, kicking and screaming and self-lacerating, externalising some deep internal storm that has by now long since blown itself out.

For Post Pop Depression, Pop enlisted help from members of Queens Of The Stone Age, The Raconteurs and Arctic Monkeys – but for Free, his collaborators are drawn from more eclectic disciplines. Chief among these is Texan jazzer Leron Thomas, whose trumpet brings a mournful quality to much of the record, and Noveller – aka Sarah Lipstate – whose ambient soundscapes define the album’s contemplative, melancholy state.

In others, like “Glow In The Dark”, he writes himself into the song, “I’m not exempt from the whitest of noise, if I forfeit mark me isolated,” underscoring a general condition that pervades this record: of remoteness or loneliness, where characters are confined by cars, landscapes or social isolation and where another kind of “free” is required. The protagonist of “Loves Missing”, for instance, “just needs someone to say I love you before she gets pushed away”, the motorists in “Sonali” risk spending the day trapped on the freeway while the digital society of “Dirty Sanchez” and “Glow In The Dark” finds personal disconnection in a technologically connected world. As Pop sings on “Page” – “We’re only human, no longer human.”

Thomas and Noveller fashion chilly, gothic accompaniments. There is the glistening electronica of “Sonali”, the jazz freakout on “Glow In The Dark”, the infectious strut of “James Bond”, the shimmering ambience of “Page”. Only the dense, guitar-heavy “Loves Missing” sounds like a conventional rock band are in the room. There is very little release here.

Pop has made other dark-alley detours in his time, of course – Avenue B, Préliminaires and Post Pop Depression – but nothing quite matches this album’s final stretch. Featuring three spoken-word pieces, supported by sparse, ambient passages from Thomas and Noveller, these are deep and dark statements on mortality beginning with “We Are The People” – a Lou Reed poem dating from the early ’70s. The resonance of Pop covering Reed is unmistakable – another friend, gone too soon – and Pop’s weatherworn baritone adds acute pathos to lines like, “We are the people who do not know how to die peacefully and at ease.”

Pop follows this with Dylan Thomas’ “Do Not Go Gentle Into That Good Night”, exhorting to “rage against the dying of the light”. He closes with “The Dawn”, whose title suggests some kind of happy respite, but Pop is more concerned with the restless, listless hours before sunrise: “If all else fails/It’s good to smile in the dark,” he concludes. “Love and sex/Are gonna occur to you/And neither one will solve the darkness.”

If this is Pop’s final album – who knows? – it is a significantly more effective swansong than Post Pop Depression. The intimate, minimal work done by his accomplices serves to channel Pop at his bleakest and most rueful; the survivor’s survivor, figuring out what, if anything, comes after the darkest night. Will he ever be free?