Ian Brown – The World Is Yours 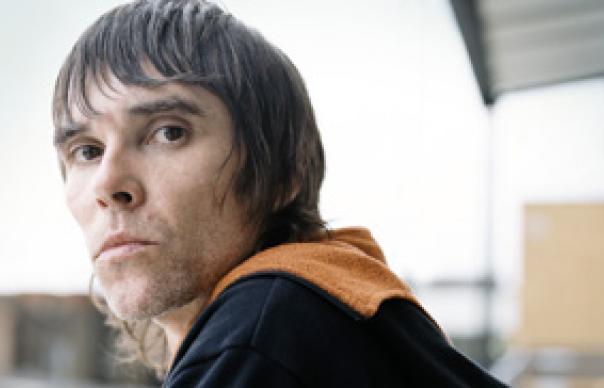 A decade into his post-Roses career, Ian Brown has recruited a heavyweight coalition of the willing for his fifth studio album. Sinead O’Connor, fellow Manc legends Andy Rourke and Paul Ryder, plus ex-Pistols Steve Cook and Paul Jones all make guest appearances. Manchester’s answer to Bob Marley even invited Paul McCartney to join his rock-god love-in, but it seems the former Beatle declined. Doh! Some people.

Less impressive, alas, are the lyrical platitudes and flat-footed arrangements which pepper ‘The World Is Yours’. After flirting with electro beats, cosmic funk and millennial reggae on previous albums, Brown settles for a fairly conservative mix of choppy guitars and programmed strings here. Strident midtempo rockers dominate, but melodic grace and lyrical epiphanies are in short supply.

Brown has always aspired to sage-like profundity and quasi-Biblical import, but generally filtered through an intoxicating fog of stoner mysticism. Here he pushes the Yoda-like proclamations to the point of banal self-parody: one law for the rich and another for the poor, you get what you give, homeless kids just need love – and so on, ‘ad infinitum’.

On the apocalyptic “Save Us” he admonishes “those whose eyes are closed to the plight of the African child”. On “Illegal Attacks”, he and Sinead condemn the “commercial crusades” in Iraq and Afghanistan with images of weeping mothers. Worthy and sincere sentiments, no doubt, but so baldly expressed they could be Phil Collins lyrics.

Fortunately, for all his Christ-like posturing, Brown remains better at menace and malevolence than messianic empathy. On “Sister Rose”, with feverish funk-rock backing from Cook and Jones, he summons a vengeful feminist goddess. On “Some Folks Are Hollow”, he skewers church hypocrisy with exhilarating spite. Likewise “Goodbye To The Broken”, where he emphatically severs ties with an ex-lover (or possibly former band mate?) over lush, weeping strings. More memorable for famous guests than fine tunes, ‘The World Is Yours’ does not diminish Brown’s reputation, but it lacks the exotic, adventurous reach of his best
work. Hobbled by half-realised potential, Britrock’s would-be saviour remains a rough beast, slouching towards Bethlehem to be born.

UNCUT: In terms of scope, this is your most ambitious and political album so far, isn’t it?

You’ve been a solo artist longer than you were in the Stone Roses. How does that feel?

I know, it’s ridiculous. I mean, this is me fifth solo album. Just to make one record these days is like saying, I wanna be number seven for Man United. With your second record, if it’s not a hit, you’re dropped. And not many get to a third album. So a fifth album is beyond a dream.