Low budget US indie, funny and charming with Joshua Leonard 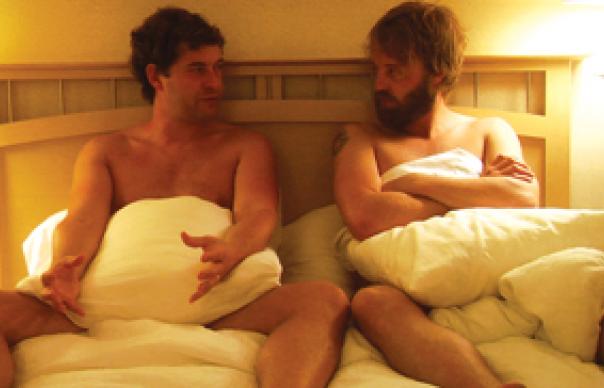 Like The Blair Witch Project, which also starred Joshua Leonard, this is a low-budget US indie about two guys, a girl, a mission, and a video camera. That’s where the similarities end, however, since Humpday is a funny and altogether more charming view of human folly, featuring three great performances and beautifully sustained premise.

Leonard and co-star Mark Duplass play Andrew and Ben, old college friends who are reunited unexpectedly when rolling-stone Andrew arrives in town. Ben is settled in Seattle and trying for a child, but his middle-class, yuppie values are rocked when Andrew takes him to a swinging party hosted by some sexually free-thinking local artists. Drunk, the two make plans to follow the artists’ lead and make a short film for the city’s annual amateur skinflick event, Humpfest, but even after the hangover kicks in, neither man will back down. The farce that follows is both ridiculous and surprisingly real, mining a very rich seam of comedy while also making some very sharp points about male friendships and the often very blurred line between straight and gay.