Hot Chip – Made In The Dark 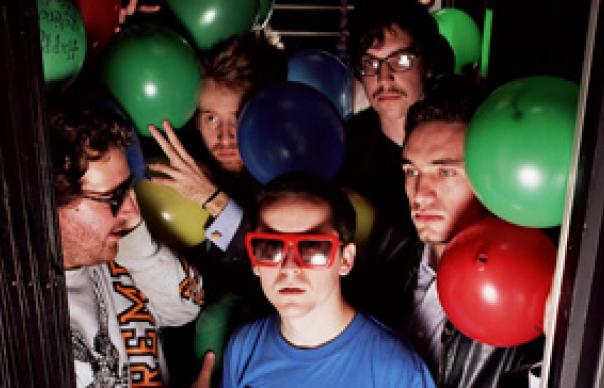 Ever since Hot Chip‘s second album, ‘The Warning’, came out in May 2006, they’ve become a stimulating presence in British pop. A studio collective with a workshop mentality, in that time the five have overseen scores of remixes, wild DJ sets, memorable gigs, a Mercury nomination and an edifyingly funky ‘DJ Kicks’ set. Nor should it be forgotten that for thousands affected by new rave, Hot Chip were by default the awkward but lovable go-to guys at the indie/dance interface. Now they’ve stepped up a level.

On this rich and touching album they confidently draw upon their diverse influences and individual skill sets in new, often inventive ways without spoiling the delicate nature of their songs. Driven by digital calypso, for example, “One Pure Thought” and “Ready For The Floor” are giddy highlights, as syrupy as Tom Tom Club. On the rare occasion Hot Chip do get carried away by synth squelches and R&B belches, this leads to the record’s sloppier moments, “Shake A Fist” and “Bendable Poseable”, tracks most groups would kill to have written.

On first listen, much of ‘Made In The Dark’ is a noisy barrage of ideas, but these discreetly reveal themselves over time. Raucous opener “Out At The Pictures” finds Alexis Taylor singing about the delights of Wetherspoons pubs (“It’s on every street, it’s fucking cheap”, he begins). During the exceedlingly danceable electro-house section of “Don’t Dance”, Taylor chants the title as the chorus, as if to to confound the ravers.

If they’re comfortable with the humour this time, it’s worth noting that the record is also a good deal smoochier than ‘Coming On Strong’ or ‘The Warning’. Taylor, a newlywed, explores his familiar themes of love and intimacy on “We’re Looking For A Lot Of Love” and “In The Privacy Of Our Love”. The cuddly interplay of his reedy voice and Joe Goddard’s anchoring baritone suggests he’s as content with his wife as he is his music-making partner. As a listener, it’s equally hard not to feel the love. With Hot Chip, it now feels like the right time to commit.

UNCUT: Your thoughts on ‘Made In The Dark’?

TAYLOR: Well, every one of our albums feels like we try and make each song quite stylistically different from the next, but I don’t think that’s a conscious decision. That’s just something me and Joe (Goddard) have always done. This album is more extreme than the last two, more varied and more kind of wobbly and confusing. But having said all of that, we think it works.

Have you taken into account what Hot Chip has become?

Recently we played in Brazil, we met Bjork, and that was a nice moment. Watching her performance from the side of the stage, I suddenly felt really proud to have reached a position where I was on the side of the stage watching Bjork because I was making music that people wanted to hear in Brazil. So it kind of felt like a long way from Putney.