Hope Sandoval And The Warm Inventions – Until The Hunter 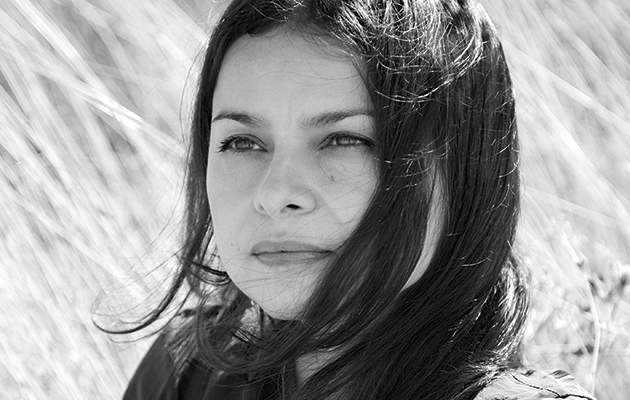 To a large extent, you know what you’re going to get with any album featuring the voice of Hope Sandoval, the Californian singer and songwriter best known for her work with Mazzy Star.

Sandoval’s blurred narcotic swoon, deadpan yet strangely emotive, dominates everything she touches without seeming even to try. One long sighing fall, it’s not a voice designed to get the party started; rather, it slips exquisitely through the shadows of some eternal comedown. Over the past three decades Sandoval has wrapped it around a variety of musical styles – Gothic-country, sad-core, hazy dream-pop, tripped-out soul and slo-mo psychedelia, as well as on records by Massive Attack, Jesus & Mary Chain and Bert Jansch – but it has always gravitated naturally towards an unhurried sadness.

That hasn’t changed on Until The Hunter, her third album with the Warm Inventions, the project she formed at the turn of the millennium with My Bloody Valentine drummer Colm Ó Cíosóig. It is, however, a more fully formed record than their last outing, 2009’s Through The Devil Softly. Since then, Sandoval has rebooted Mazzy Star after a lengthy hiatus, releasing their fourth album, Seasons Of Your Day, in 2013. Perhaps as a result, there is frequently far less daylight between Until The Hunter and the sound of her other band than was evident on the first two Warm Inventions records.

“The Peasant” is so archetypical, it could plausibly have appeared on anything Sandoval has ever recorded. Keening pedal steel guitar swoops over the patter of woozy, waltz-time drums, twinkling vibraphone, minor key melancholy and words dragged from the very heart of loneliness. Likewise, “Treasure” recalls the heady peak of 1993’s So Tonight That I Might See, back when Mazzy Star were – briefly, implausibly – a million-selling proposition. With its echoes of Tim Buckley’s “Once I Was” reimagined by Galaxie 500, “Treasure” is both utterly wasted and desolately beautiful, and ends with a glorious slow fade, like a seaside sunset.

“Day Disguise” creeps up like an ambiguous nursery rhyme, sweet, fragile and fragrant. Mostly just voice and gently picked electric guitar, it evokes long shadows thrown out by the California sun: ‘And what would she wear?/Would her colours be fair?’ sighs Sandoval. ‘Or would she be like me, dark in her day disguise?’ “The Hiking Song” is spectral desert folk, the stately finger-picked acoustic guitar line reminiscent of the tone on Sun Kil Moon’s Admiral Fell Promises. A spare violin breaks through the carefully constructed mood, followed by a bewitching soprano vocal.

At times like this – and there are plenty of them – Until The Hunter does not deviate from expectations. At other moments, Sandoval and Ó Cíosóig are a little more adventurous. “Let Me Get There” is a bubbling two-hander featuring Kurt Vile, all flickering soul licks, steamy organ and sassy vocal trade-offs. Imagine a more laid back sequel to “Sometimes Always”, the bad-love blues Sandoval sang in 1994 with then-boyfriend William Reid on JAMC’s Stoned & Dethroned. Its laconic two-chord groove casts a hypnotic spell. At a leisurely seven and a half minutes, it doesn’t outstay its welcome. Aside from “Isn’t It True” – a skipping confection of free-drumming and rattling acoustic guitar (think the Velvets’ “Black Angel’s Death Song” meeting Van’s “The Way Young Lovers Do”) – it’s the only song on Until The Hunter which could be said to have a spring in its step.

“Into The Trees” falls at the opposite end of the spectrum. A full-blooded foray into sludgy psychedelic rock, it’s a wandering ghost ship of a thing. A Doorsy swirl of sickly organ melts into a back-wash of atmospheric keyboard effects, spreading like lava over nine minutes. Sandoval alternately whispers and keens, “I miss you/When will you come back to us?”, like the unfathomable heroine from some ’70s Euro horror flick.

Elsewhere, there are strange half-spoken sea shanties (“A Wonderful Seed”), folky rumbles with flamenco handclaps (“I Took A Slip”) and slightly overwrought psych-soul with a blue trim (“Liquid Lady”). As ever, it all coalesces around that voice, and its still-potent conjuring of beauty and darkness. Timeless music, for heavy times.

Q&A
HOPE SANDOVAL AND COLM Ó CÍOSÓIG
How did the record evolve?
We started in Berkeley then travelled to Dublin and set up in a Martello tower along the coast. Its eight-foot thick walls sound-proofed and isolated us from unnecessary distractions. The main chamber of the tower is a large circular dome shaped room, perfect for live tracking as it has a controlled reverb decay that gives the music a comfortable breathing space. We experimented and wrote a lot of material during the winter of 2015/16, laying down the backbones of the album.

Was there a particular mood you were chasing?
We lean towards what people may call psychedelic. It’s for us a natural place. We invited a number of musicians to contribute that we knew would add further dimensions and beauty to the tracks. Our suggestions were subtle, really, an unsaid knowing of the unknown. Telepathy is a key factor.

How did Kurt Vile get involved?
The first time we heard Kurt was in a music shop in Dublin and we were completely blown away. We asked if he would be in to recording a track with us. It just so happened that he was passing through the Bay Area on tour with his band. We spent the afternoon in Fantasy Studios laying down the vocals just before his soundcheck, he brought a lot of good new energy to the music. We all went to the Fillmore that night, we had a great time and his show was amazing!
INTERVIEW: GRAEME THOMSON