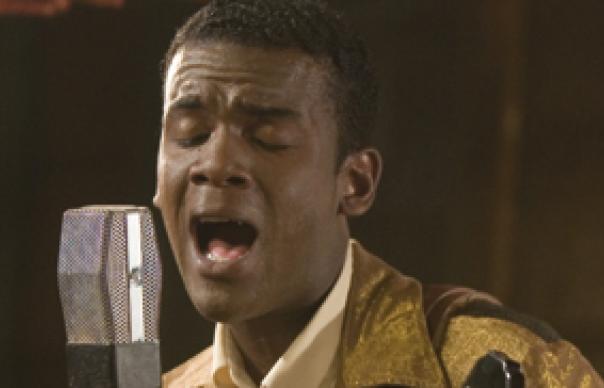 The beginnings of rock’n’roll have been memorialised so often thatJohn Sayles is taking a risk by revisiting them, particularly as Craig Brewer travelled so recently along this track with Black Snake Moan. But Brewer’s film wasn’t a period piece, it just felt that way.

Sayles sets the action in 1950, in Harmony, Alabama, and documents a particular moment in time – the Jim Crow laws are in place, the white sheriff is corrupt, the cotton is picked by hand, and a black stranger in town can still expect to find himself in jail, looking for a way out.
The Honeydripper is a club run by Pine Top Purves (Danny Glover), an old-time musician who is struggling in the face of competition from the juke-joint across the yard. The sheriff (Stacy Keach) is after a cut of his business, and a meal or two cooked by Pine Top’s wife (Lisa Gay Hamilton), who is toying with religion as a way out. The debts are mounting, and the gold-toothed gangsters from out of town are circling, waiting for the Honeydripper to fold.

So, in a last roll of the dice, Pine Top books Guitar Sam, an electric blues player (the character is based on New Orleans guitarist Guitar Slim). But Sam doesn’t show, and disaster looms. Then, into town comes Sonny (Gary Clark Jr), a kid with an electric guitar, and a head full of dreams. A railway porter mentions him to Harmony: “I’ve only been arrested once,” he says. “And the town was called Liberty.”

You don’t have to be Dewey Phillips to predict what will happen when Sonny starts playing “Good Rockin’ Tonight”. Essentially, the tale is no more complicated than one of those rock’n’roll exploitation movies where – against the odds – the band turns up at the hop and saves the day. But, as always with Sayles, the good stuff is in the characterisations. Glover is a treat as Pine Top, and there’s a fine comic turn from Charles S Dutton as his long-suffering sidekick, Maceo. The allusions to the civil rights movement are understated, but they’re visible. And, hell, the kid can play that guitar.