The Hold Steady – Thrashing Thru The Passion 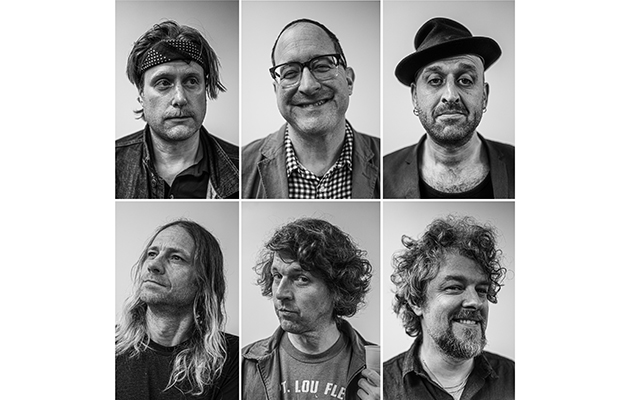 Five years ago, when The Hold Steady toured in support of their last album, Teeth Dreams, there was something small but significantly different about the band. Craig Finn, for the first time, didn’t have his battered black Gibson Melody Maker with the Minnesota Twins sticker hanging from his neck. It didn’t make much difference to the way the band sounded, but it seemed symptomatic of a band who had slightly lost their way, like Kiss without makeup, or Thin Lizzy with Midge Ure in the lineup.

When keyboard player Franz Nicolay – who left in 2010, before fifth album Heaven Is Whenever – rejoined in 2016, and the band changed from a hard-touring group to one who’d play occasional residencies in big cities, it seemed as if The Hold Steady had resigned themselves to being a nostalgia act. Instead Nicolay’s return rejuvenated the group. Before their four-night run at the Brooklyn Bowl in December 2017 they gave a surprise online release to two new songs, and more kept popping up with every new set of shows. The Hold Steady were suddenly more productive than they had been in years.

Thrashing Thru The Passion brings together five of those previously released songs and five that have been played live but not been put online, recorded in a series of sessions over the past 18 months or so (four more that have been released haven’t made the cut). It’s not an album that was conceived as an entire collection, but that doesn’t stop it working: if Separation Sunday was The Hold Steady’s The Queen Is Dead, this is their Hatful Of Hollow. They sound like a band at ease with themselves and having fun, and for the first time since their debut became an unexpected critical cause célèbre, they sound free of the pressure that at first inspired them, then seemed to weigh on them.

This isn’t an album of surprises. Some of the musical references are more brazen than ever: the one-two guitar punches used by Jimmy Page from the opening notes of “Good Times, Bad Times” on “Epaulets”; the combination of riff and sax that opens “Traditional Village”, which sounds very much like The Hold Steady have wholly embraced the commonest point of comparison and gone shopping on E Street; the Malcolm Young crunch of “Confusion In The Marketplace”. Finn’s lyrics, as ever, are packed with pop culture references, some of them so brisk they fly past, some of them jokes that still raise a smile on the umpteenth play: “Sorry I’m late, I got caught in a mosh/With this dude who said he used to play with Peter Tosh.”

But where, on Heaven Is Whenever and Teeth Dreams – and, arguably, on Stay Positive – you could hear the effort, the grinding of gears, there’s no sign of that here. For one thing, the nature of the record means there’s no epic closer. The “big” track here comes at the end of Side One, and even then it’s not a giant of a song. “Blackout Sam” is a piece of understatement, gently soulful, a little like The Band, perhaps. And the figure at the heart of it isn’t spinning out of control, just a little pitiful, viewed with empathy: “Blackout Sam don’t have the answer/He keeps waking up in parking ramps/He can never find his keys.” With no overarching narrative theme, Thrashing Thru The Passion plays out like a series of miniatures, impressionistic portraits, with only “The Stove And The Toaster” telling  a clear story, a drugs heist gone wrong.

It’s worth remembering, though, that for all the attention lavished on Finn, behind him is a fantastic, supple rock band. The melodies on Thrashing Thru The Passion are indelible, returning more to the bastardised classic rock of their early records, rather than the slightly generic alternarock of Teeth Dreams. It’s not just the return of Nicolay that adds colour: there are horns all over the album, giving depth and texture. And there’s space again, with not every moment of every song filled with noise. It might not be the best Hold Steady album, but it might be their most purely enjoyable.