JG Ballard's vertical psychodrama comes to be the big screen 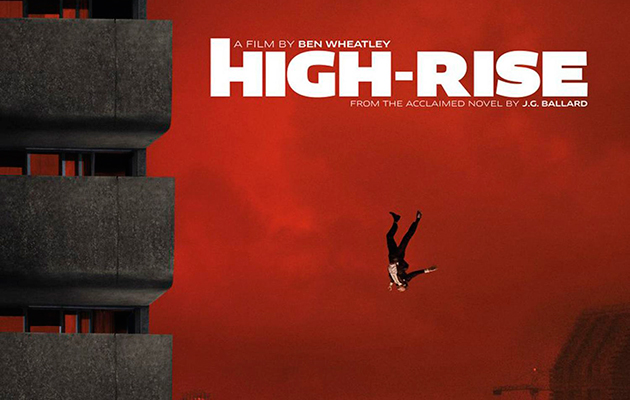 Considering how deeply JG Ballard’s novels have penetrated popular culture, it’s surprising how few have made it to the big screen. Spielberg’s Empire Of The Sun and Cronenberg’s Crash are the most well-known, but there’s also Jonathan Weiss’s rarely screened 1999 adaptation of The Atrocity Exhibition, and Aparelho Voador a Baixa Altitude – a Portuguese-Swedish co-production based on a short story, Low-Flying Aircraft. Previously, Nic Roeg, Paul Mayersberg and Bruce Robinson have all toiled unsuccessfully to film Ballard’s 1975 breakthrough novel, High-Rise. In the event, Ben Wheatley has finally brought it to cinemas in his first major work since A Field In England: another piece about a very English type of psychosis.

Wheatley envisions High-Rise as an occult, psychedelic seizure; nowhere near as coldly alarming as Ballard’s book, but horrific in its own way. The story takes place in a newly-built tower block whose occupants turn on one another when the building’s systems begin to fail. After a prim, orderly beginning, where Tom Hiddleston’s Dr Robert Laing moves into the tower, Wheatley lets reality slip away – a Regency fancy dress party; a white horse clip-clopping across the roof terrace garden; a car-park full of burned out cars – before pitting floor against floor in all-out block war.

Hiddleston – resembling Low-era Bowie – makes Laing detached and indifferent, a coolly immaculate cipher for the film’s events. Around him orbit, Luke Evans’ documentary maker Richard Wilder who responds viscerally to the building-wide mayhem. As the building’s architect Anthony Royal, Jeremy Irons is at his most Jeremy Irons – inscrutable, implacable. Sienna Miller, as Laing’s free-spirited neighbour, is one of the few characters who seem able to navigate the twisting psychological landscape inside the tower. Elsewhere, James Purefroy and Reece Shearsmith deliver grotesque comic performances. Portishead’s stately cover of ABBA’s “S.O.S” soundtracks a montage of freewheeling chaos.

Wheatley may lack Ballard’s satirical edge – the issues of class that percolate the novel have been sidelined, for instance – but his devilish glee is infectious.