Remarkably enjoyable return from the godfathers of nu-rave 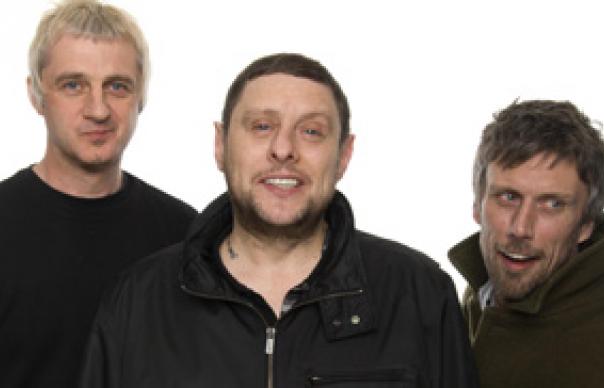 It’s a bit of a surprise to realise that Unkle Dysfunktional is actually the Happy Mondays’ first album since the disastrous Yes Please – the record that destroyed Factory – 15 years ago. Because in many ways it feels like they never went away: what with Black Grape, the reality tv shows, the countless concert reformations, it feels like there must have been a shoddy cash-in album – Toothaches, Taxbills and Temazepam? – at some point in the last decade.

What’s more surprising is that this comeback is often pretty great. Slimmed down to a three-piece comprising Shaun, Bez and Gaz Wheeler (with Shaun himself substantially slimmed down from the slurring Sontaran depicted in the 2004 documentary The Ecstasy And The Agony), produced by Quincy Jones’ grandson Sunny Levine and Howie B, the Mondays have somehow stumbled their way back to some of the sloppy brilliance of 1988’s Bummed.

Lead single “Jellybean” sets the tone. Ryder claims it was provoked by “Paul Weller, when he went through his cross-dressing phase” (maybe he’s confused him with Kevin Rowland?), but regardless of the inspiration, there’s something undeniably glorious about the way he declaims, over a riff that might have fallen off the back of “Wrote For Luck”, “Now that I am nay-ked, I’m a LAY-DEH! / Now that I’m a lady I am FREEEE!”, like the polymorphously perverse poet laureate of binge Britain.
And there’s more: “Deviants” is a superb, slow-rolling funk duet with kindred spirit, LA glam-punk rapper Mickey Avalon, while “Cuntry Disco” is a spritely, stupidly catchy piece of steel-guitar hiphop, only a title-change away from becoming a breakfast show fixture.

A couple of tracks suggest the exertion might have left them a little exhausted: “Rats With Wings” disintegrates into doggerel, and there’s a lame cover of Debbie Harry’s “Rush Rush”, originally comissioned for a Playstation soundtrack. But at its best, in its stoned funk and stewed grooves, there’s enough to suggests they could even fulfill their early ambition to be the “Sly and the Family Stone of Salford”. Double double good.