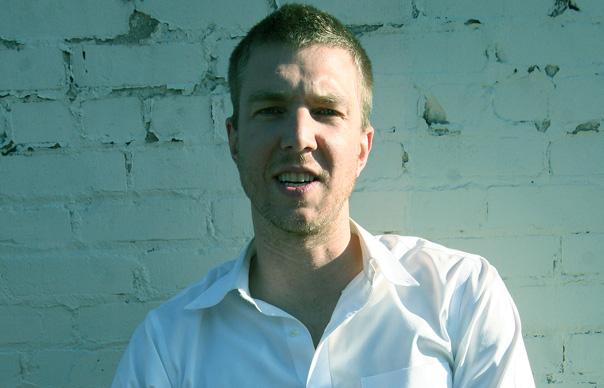 Three snapshots from the career of The Walkmen provide pertinent background to the first solo collection by their former singer, Hamilton Leithauser. One finds the band in fancy dress to promote their cover of Harry Nilsson’s Pussy Cats album. Another captures a young couple embracing – having got engaged on stage during a London Walkmen gig in 2006. The last image is on the reverse cover of the final Walkmen album, 2012’s Heaven. Here the band, now older, are pictured with their children.

Droll humour, high romance, a certain mature wisdom…you’ll find all of these on The Black Hours. In The Walkmen, (a post-hardcore band based in New York whose career peaked commercially with a magnificent 2004 single, “The Rat”) Leithauser’s voice was often an instrument of power – his delivery all about the conviction. Such was the benignly unsteady nature of their music, however, it became natural for the band to use it to explore romance: their blurred musical edges completely in tune with the untidy situations they described. At their best, they sounded like a wedding band for whom the event had awakened old memories, prompting overindulgence in drink.

The Black Hours doesn’t rock as The Walkmen did, but it certainly doesn’t shy from love, romance or the band’s other influences. “I Retired”, in the second half of album, is a wonderful, slow-rolling take on the millionaire r’n’b of albums like Nilsson’s Pussy Cats or Lennon’s Rock ‘n’ Roll. To a tune not unlike “Auld Lang Syne”, Hamilton delivers a mock-heroic resignation: “I retired from the fight/I retired from my war/No-one knows what I was fighting for…” It’s a song well suited to a rock ‘n’ roll veteran.

Elsewhere on the album, you’ll find other vignettes of defeat and vaguely petulant angst. A song like “I Don’t Need Anyone” sets Hamilton in a more robust band context: “I don’t know why I need you/I don’t need anyone.”  The opening song, “5am”, meanwhile finds the singer caught in a romantic/ existential crisis, as against dolorous piano, he questions not only his romantic status but also the very form he uses to bemoan it. The ache and nuance that he puts into the song’s key line (“why do I sing these love songs?”) poses a question that The Black Hours investigates, even if the answer is superbly self evident.

It would be wrong to describe it as a concept, but The Black Hours knowingly and passionately charts a journey through male songwriting archetypes, from doomed fatalist to well-adjusted realist.  Here you will find the romantic, nursing a drink and wallowing in his loneliness. You can observe the jubilant innocent – buoyed up by the headspinning rush of new love. You will find shades of Nilsson, and of Rufus Wainwright, consumptive on a divan. In the course of the album’s programme rock music is abandoned, and then incrementally rediscovered.

For sure, some elements of The Walkmen’s unsteady classicism remain (Paul Maroon, who played their guitar and piano, does so here), and the likes of “11 o’ Clock” Friday Night” and “Bless Your Heart” recapture their likeable, noir-ish mode.  Really, though, this is an album all about showcasing the voice, and Leithauser here confidently travels between swooning Nick Cave style melodrama (it’s hard to imagine the words “Summer’s coming…” sounding less joyful than they do amid the strings of “5am”, through the jaunty pizzicato of “The Silent Orchestra”, and the upbeat township vibes of “Alexandra” – written/produced with Vampire Weekend’s Rostam Batamglij.

As convincing as all these departures from rock are as evidence of Leithauser’s range, it would be wrong to imply that he requires special treatment. Grainy and earnest, Leithauser’s voice that of a passionate, but reasonable man: his songs projecting an intelligent, emotional veracity. It’s Americana with a white collar, not a blue one.

Having made its gradual journey back to rock, the final track on The Black Hours, “The Smallest Splinter” may well be its best, but it’s the very opposite of a big finish. Having caused the singer to bang off the walls, by the album’s close love has become a matter of empirical argument, the singer a flawed but reasonable person. “Show me the man,” Leithauser sings rhetorically, “who never disappoints…”.  That day of disappointment may come, of course, but for now, we’re all good.
John Robinson

Q&A
HAMILTON LEITHAUSER
Is the solo record a result of the Walkmen hiatus?
It’s been brewing in my mind for a while. We lived in Harlem and would practice after work, like the guys club. But when people move away, getting together becomes more of a formality –you have to fly and drive to band practice. I miss seeing the dudes, but being alone in the room to work was very familiar to me.

How did you write the album?
I write a lot with Paul, which involves him coming up with a guitar part and sending it to me – and we back and forth with it. I started working with Rostam Batmanglij – he just wrote to me out of the blue and did I want to try working together. That was the closest thing I had to a band: two dudes, a lot of instruments and a laptop.

What were your inspirations?
The obvious ones for me are two Sinatra records: In The September Of My Years and In The Wee Small Hours. I needed to get away from loud rock ‘n’ roll. I started writing a lot of string parts. So that song “5am” – I thought that was going to be the whole record, but then I wrote “Alexandra” and “I Retired” with Rostam. He made it fun to play rock songs. By the end, Paul was writing riffs.
INTERVIEW: JOHN ROBINSON