Billy Elliot grows up to excel in spooky study of obsession 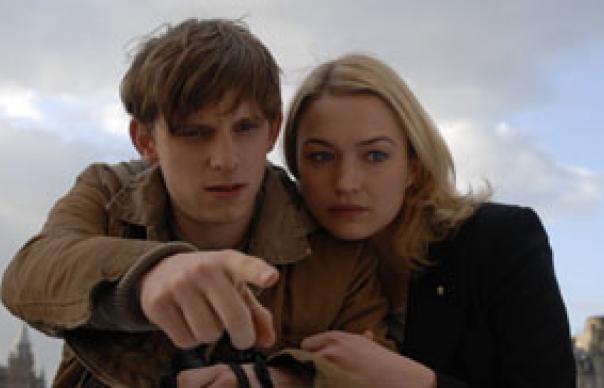 You’d be forgiven for thinking that Jamie Bell has slipped off the radar since his early success in Billy Elliot. Here’s an actor who, aged 15, beat Russell Crowe, up for Gladiator, to win the Best Actor at the BAFTAS. But, despite starring in one of the most acclaimed feel-good Brit movies of recent years, Bell hasn’t gone down the more predictable route of Richard Curtis’ romcoms or BBC costume dramas. Instead, he’s carved out a career for himself in mostly leftfield movies – David Gordon Green’s Undertow, Lars Von Trier’s Dear Wendy, The Chumscrubber – only occasionally coming up for air in more conventional pictures like King Kong or Flags Of Our Fathers.
Hallam Foe, another creditable leftfield project, featuring music from the Domino label, is Bell’s first British movie since Billy Elliot. Based on a novel by Peter Jinks, and directed by David Mackenzie, it’s a fairy twisted story of obsession, fantasy and (possible) murder that owes a lot to the early novels of Iain Banks.

Hallam lives in the remote Scottish highlands. His father Julius (Ciaran Hands), a widower, has since married his former secretary, Verity (Claire Forlani). Hallam, deeply troubled by his mother’s death, spends most of his time roaming the forests and glens on the estate, holed up in a tree-house full of her belongings. He has a habit of painting his face and spooking the Bejesus out of the locals. He also suspects his mother was murdered by his step-mother. You’d be right to think he’s not an entirely well-adjusted lad.

Relocating to Edinburgh, he blags a job at a posh hotel, and develops an unhealthy crush on Human Resources manager Kate (Sophia Myles), who bears an uncanny resemblance to his late mother. He even moves into the empty space behind the hotel’s massive clock face, so to spy on her from a chink in the clock face using a telescope. Hallam takes to clambering over rooftops to get a closer look, even peering down at her through her bedroom skylight while she has sex.Things, somewhat inevitably, go from bad to worse.

Bell is a has a freewheeling, naturalistic charm that pulls you into the film, and crucially he makes Hallam’s obsessional behaviour believable. Myles – last seen as Madame de Pompadour in the brilliant Doctor Who episode The Girl In The Fireplace – has beguiling warmth that masks the darker aspects of her personality, finally revealed as the film moves to its (admittedly rather questionable) resolution.