A tenaciously eloquent farewell from the hard-living soul man 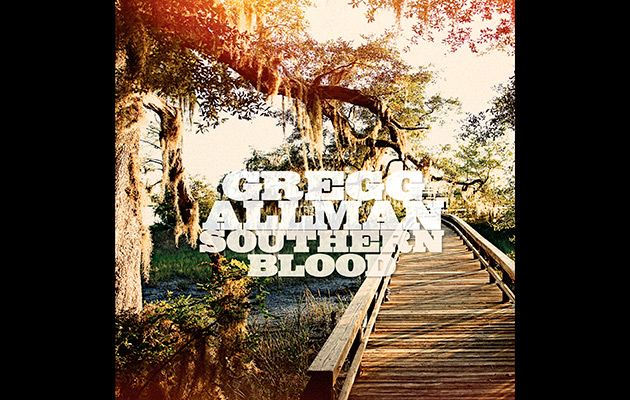 Even before Gregg Allman began work on his eighth solo album, he’d come to grips with the fact that it would be his last. “The gravitas of this particular situation was not lost on me,” producer Don Was acknowledges. Armed with that knowledge, Allman approached the project with particular care. He decided to work at FAME in Muscle Shoals, where his brother Duane had established himself as a force to be reckoned with during sessions for Wilson Pickett, Aretha Franklin and others in 1968, and where the nascent Allman Brothers Band had honed its sound in early rehearsals a year later. He wanted the songs he’d be tackling to reflect his state of mind in the most specific way possible. And he wanted to be joined in the studio by his eight-piece road band, not only because he was eager to showcase them in the recording environment but also because he knew that no other players could possibly be as empathetic and supportive. The members of the Gregg Allman Band were his last set of brothers.

The resulting work, recorded live off the floor, including Gregg’s vocals, over two weeks, is devastating in its gritty veracity. As you might expect, Southern Blood is a timeless regional soul album, with the rhythm section grooving and the three-man horn section blowing hot and humid, while bandleader Scot Sharrard and Allman trade guitar riffs like crosscut saws, the McCrary Sisters’ churchy harmonies further thickening the air here and there. Allman, who sings with startling immediacy throughout, puts everything he’s got left in the tank into the album’s two burners, Willie Dixon’s “I Love The Life I Live” and Sharrard’s “Love Like Kerosene”. But the album was another dimension as well. Half the songs are from California-based writers – Tim Buckley’s “Once I Was”, Lowell George’s “Willin’” Jerry Garcia and Robert Hunter’s “Black Muddy River”, Malibu Bob Dylan’s “Going Going Gone” and Jackson Browne’s “Song For Adam”. What’s more, the arrangements on four of the five ballads feature the yearning pedal steel of SoCal neoclassicist Greg Leisz and the close harmonies of Buddy Miller, imbuing Southern Roots with an undercurrent of sepia-toned Pacific Coast languor – casting Allman’s deeply Southern stoicism toward America’s Western horizon.

Interestingly, a similar geo-cultural balance led to a very different vibe on Allman’s previous album, Low Country Blues, recorded in 2010 shortly before his liver transplant and released the following year. In that case, an ensemble of mostly LA-based musicians assembled by producer T Bone Burnett accompanied the singer/organist on a batch of vintage Southern blues tunes recorded in iconic LA studio The Village. “It sounds like it should be on a scratchy old 78, with the stylus buried down into the record, hitting potholes in the grooves”, Gregg said of that determinedly old-school LP soon after its completion. The centerpiece of Low Country Blues is “Just Another Rider” (a co-write with latter-day Allman Brothers guitarist Warren Haynes), a cross-country extension of his signature song, “Midnight Rider”, which defined his lifelong romance with the road.

Gregg tackles the same subject even more directly on Southern Blood with “My Only True Friend” (written with Sharrard), which opens the album with the instantly familiar sound of a pair of harmonized guitars soaring regally over the rest of the band as the players lay down a stately midtempo groove. “You and I both know/The river will surely flow/To an end”, Gregg begins, his weathered voice somber and magisterial. Two lines later, he hits the chorus, and the heart of his missive, conveyed to a lover and to all those who love his music and what he represents: “I hope you’re haunted by the music of my soul, when I’m gone… But you and I both know/The road is my only true friend”. In a single verse and chorus, Gregg sums up his life and legacy as completely as he did in his 2012 memoir, My Cross To Bear.

Southern Blood was initially scheduled to come out in January, but its release was delayed in order for Gregg to put “finishing touches” on it, according to a post on Allman’s website. That he was too ill to tie up those loose ends has led to one of the album’s most heart-wrenching moments. As Was points out in his illuminating, heartfelt liner notes, the closing “Song For Adam” had long spoken to Gregg because it applied so poetically to his fallen brother. “When he gets to the line, ‘Still it seems that he stopped singing in the middle of his song’, you can hear him choke up and falter”, Was recalls. “We decided to stop for the day, and Gregg never got the chance to actually sing those next two lines. Leaving them open seemed like a poignant and poetic way for him to make his exit”. In their absence, the lines left unsung, “Well, I’m not the one to say I know/But I’m hoping he was wrong”, suggest Gregg is envisioning being reunited with Duane and his brothers in spirit on the other side.

Like the old nag who’s “rode hard and put up wet” in the cowpoke metaphor, Gregg Allman ends his long ride spent but satisfied in the knowledge he’s lived life to the hilt, every damn step of the way.