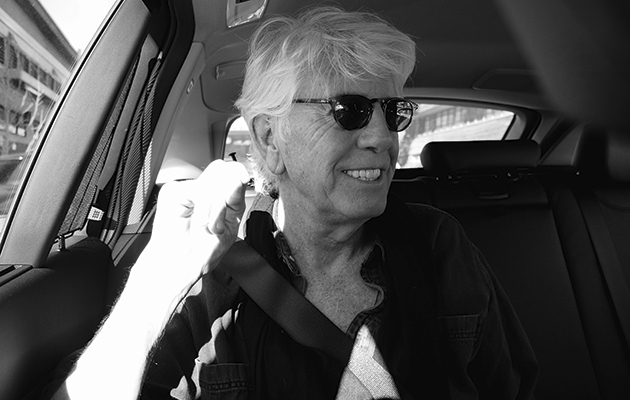 Fourteen years have passed since Graham Nash’s last solo album, Songs For Survivors, but as he tells Uncut, he has hardly been idle in the intervening period. Since 2002 Nash has released a mammoth retrospective boxset, Reflections, been involved in CSN and CSN&Y tours, and overseen compilations of the band’s demos and greatest hits. He was also engaged in the writing of his 2013 memoir, Wild Tales, a process which appears to have brought about a period of intense and very personal reassessment.

Belying the time that has elapsed between solo releases, This Path Tonight was conceived in haste and born of compulsion. At 74, Nash was inspired by what he describes as “dramatic and traumatic changes” in his personal life – notably the end of his 38-year marriage to his wife, Susan. His response was to write 20 songs in a month with sometime CSN guitarist Shane Fontayne, and record the results in a little over a week.

The ten tracks chosen for the record cluster around themes of regret, separation, new love and an enveloping awareness of mortality (three excellent bonus tracks are more politically agitated in their themes, and were presumably sheared off to preserve the album’s sense of unity). Musically, the mood is warm and intimate. The styles range from hushed acoustic balladry to driving electric rock, but the performances share a spare and sinewy immediacy. Nash and his five-piece band recorded together live in the studio, and you can tell. Even when the prevailing mood of introspective understatement threatens to sink into the maudlin or overwrought, there’s an urgency about This Path Tonight which keeps things buoyant.

Many of these songs are set in the middle of the night, Nash eyes-wide awake and agonising over old choices and pressing new decisions. The solid, satisfying thud of the opening title track establishes the questioning tone, Nash hovering at the crossroads and wondering, “Where are we going?” On the twilit ruminations of “Myself At Last”, he asks “Is my future just my past?” as a lonesome harmonica wails out a warning. Bittersweet nostalgia is a recurring theme. The first verse of “Golden Days” gazes back fondly to The Hollies – “We sang with all our hearts and everything we had” – before taking in the somewhat more turbulent narrative of CSN&Y: “What happened to all you need is love?” Nash wonders. By the end, the good old days give way to a hard-won appreciation of the here and now.

“Cracks In The City”, a country-folk lament in waltz time, is a richly allegorical gaze on a crumbling world, where “all the king’s horses are dying of thirst”. Keening pedal steel sends a chill wind whistling through the alleyways. At this point, the thought occurs that This Path Tonight could be Nash’s very own Blood On The Tracks, but he’s too much the idealist to let darkness entirely overpower him, while his gentle, conversational voice – still with trace elements of no-nonsense Lancashire – has always leaned towards optimism.

It helps that his winning way with a good tune hasn’t deserted him. “Another Broken Heart” is Nash’s most direct comment on his marriage break-up and subsequent relationship with photographer Amy Grantham, but the soul-searching is leavened by the album’s sweetest and most instantly memorable melody. “Fire Down Below” is a crackling minor-chord rocker, with something of the prowl and punch of plugged-in Neil Young. Perhaps in acknowledgement of the fact that he’s inhabiting such familiar terrain, Nash surrounds his voice with a starburst of glorious harmony.

The most evocative and otherworldly vocal performance, however, is saved for the terrific “Back Home”. Subtitled “(For Levon)”, it’s a meditative and downright spooked take on mortality, concluding with a kind of cosmic acceptance. It’s followed by the closing “Encore”, nothing less than a rock valediction, a measuring out of what matters and what endures beyond the adulation and the acclaim. “What are you gonna do when the last show is over/What’re you gonna do when you can’t touch base,” Nash sings softly. “And what’re you gonna do when the applause is all over/And you can’t turn your back on what you face?” The answers provided by This Path Tonight to these thorny questions are conflicted and equivocal: take each day as it comes, face up to the burdens of the past, and embrace love where you may find it – and somehow keep on keeping on.